Known for its infamously lengthy lines, KVUE had a few conversations with barbecue fans queuing up for Franklin Barbecue's reopening. 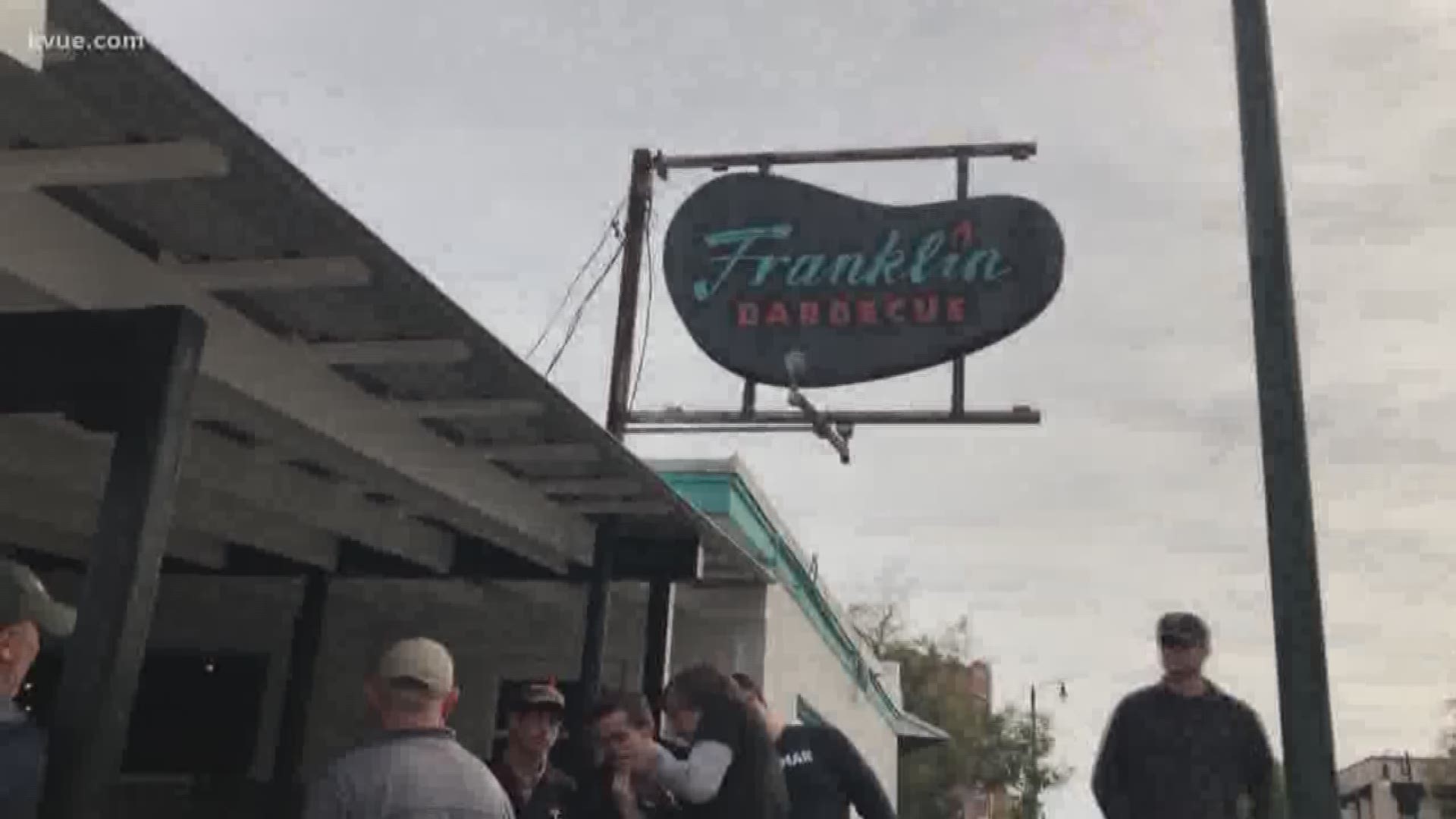 After a temporary closure due to fire repairs, Franklin Barbecue reopened on Tuesday around 11 a.m., but the people came hours before.

The line of them waiting to buy their favorite smoked meat stretched passed the entire block Franklin sits on and wrapped around the parking lot. But you won't find a single person complaining.

"It is 100 percent worth it. I would wait everyday," Samantha Scott from San Francisco said.

Victor Larisma was the first one in line. He said he was "very hungry."

That's because he has waited since 2 a.m.

Larisma and his friend got off work at 11:30 Monday night in Houston and drove straight to Austin. All for barbecue he has never tried.

"It's my first time ever to wait for something," Larisma said.

To which I said, "cause I don't understand waiting for something."

Larisma replied, "Neither do I. I don't know why I'm here."

It turned out, this was his friend's idea.

"I told him about this place, I told him Obama came here, I told him Gordon Ramsey said really good things about it," said Oscar Racancoj.

The second guy in line drove from Los Angeles.

"We couldn't find plane tickets, told the wife lets just jump in the car, we Instagram the whole trip, got here this morning at 7:45 this morning," said Ray Ramirez.

He said, "It is, but you know what? When this is the barbecue Mecca of the whole world, it doesn't sound as bad."

And then there's Bethany Carlock.

"Franklin's is an institution," she said in awe.

She is a super fan.

"I took the day off to come experience Franklin's grand reopening. We've never had the chance to come here while it was opened, so it's been a super exciting experience to see it now and just be here with all these people," she said.

This reopening was a big deal in Carlock's circle.

"I have friends and family in Ohio that are like, 'I can't believe you can be there for this, I am so jealous,'" said Carlock.

It was a big deal for the Vance's too.

"It's his birthday and they reopened today, so it's serendipitous," said Elizabeth Westbrook Vance.

General Manager Benji Jacob made the rounds, greeting people in line, making sure they were clear just how long the wait was.

"It is a long wait, y'all are like three hours, three hours plus to the front of the line," Jacob said to the group at the end of the line.

But what's another three hours when Franklin's been closed for three months?

The smokehouse is expected to be finished sometime before Christmas.