The spray-painted message says, 'Greg Abbott can but won't stop the murder of Rodney Reed.' 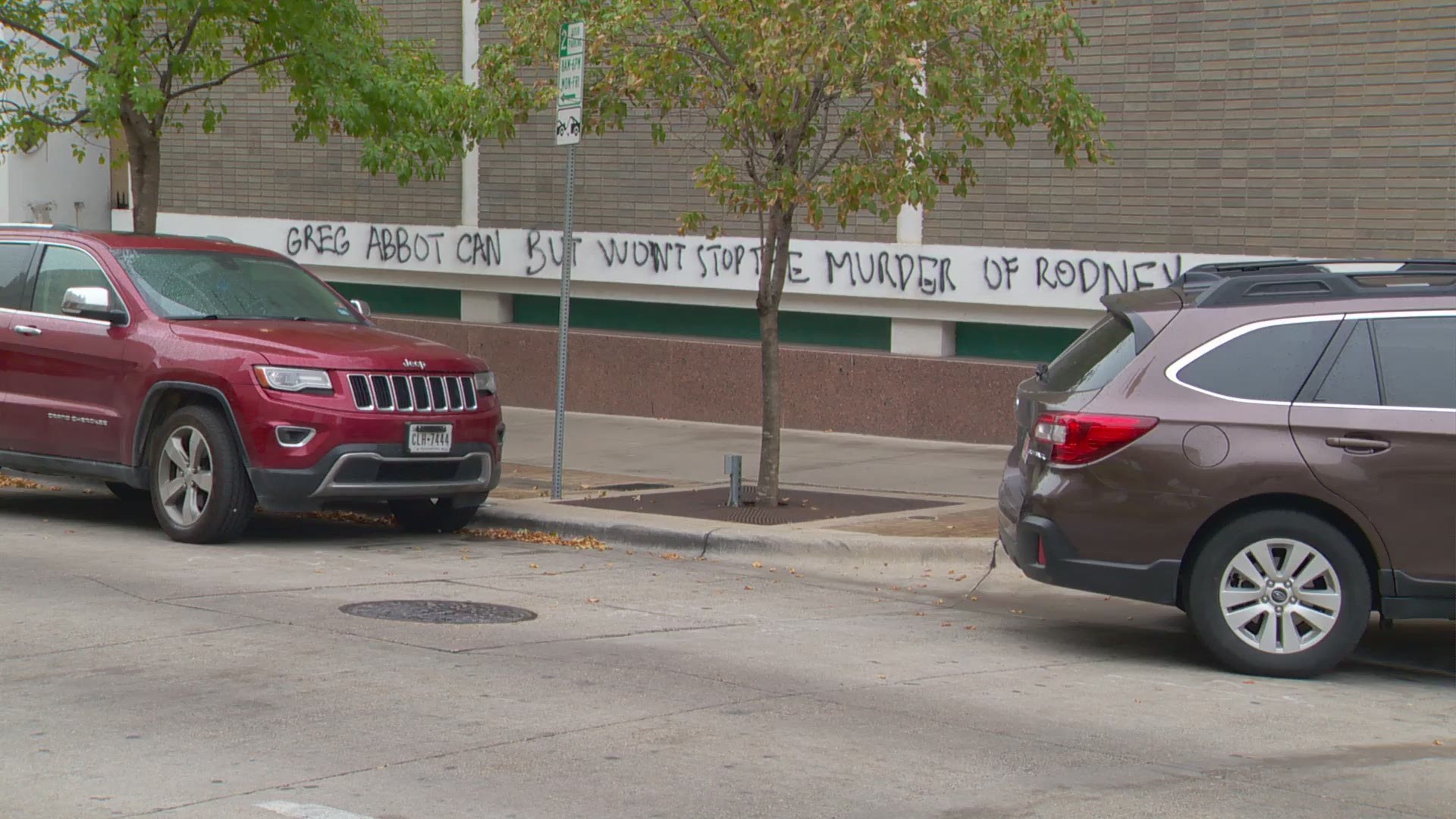 AUSTIN, Texas — There are less than two weeks away until Rodney Reed's execution date and many people are sending messages to Gov. Greg Abbott to put a stop to it.

While many of Reed's supporters have taken to Twitter, someone took to vandalism to express their support.

The Fox 7 Austin building was vandalized Thursday morning with a spray-painted message showing support for Reed.

The message, which is in all caps, reads, "Greg Abbott can but won't stop the murder of Rodney Reed."

Reed's legal team told KVUE he does not condone vandalism and provided KVUE the following statement:

“The irrefutable evidence of Mr. Reed’s innocence has compelled millions all over the world to rally to his cause. Not only celebrities and the well-connected, but average everyday Texans and Americans. Mr. Reed is eternally grateful that they have and hopes they will continue in the peaceful fight to right this tragic wrong. He does not condone vandalism, however, and would like to express his deep regret to Fox 7 News for the actions of one apparent supporter in speaking out against his execution.

Instead of a spray can, he urges those interested to pick up a telephone to call your legislators and leaders, or a pen and paper to write the Governor and Board of Pardons and Paroles, or to engage in other constructive and peaceful actions to bring attention to his innocence.

May God see that justice is done.”

As of Thursday afternoon, more than 2 million people have signed a petition to free Reed. The petition has been shared by many celebrities, including Rihanna, T.I. and Meek Mill.

Reed is scheduled to be executed on Nov. 20.