Adventureland issued a statement Sunday evening saying one guest died in Saturday's accident after a boat overturned on the popular ride. 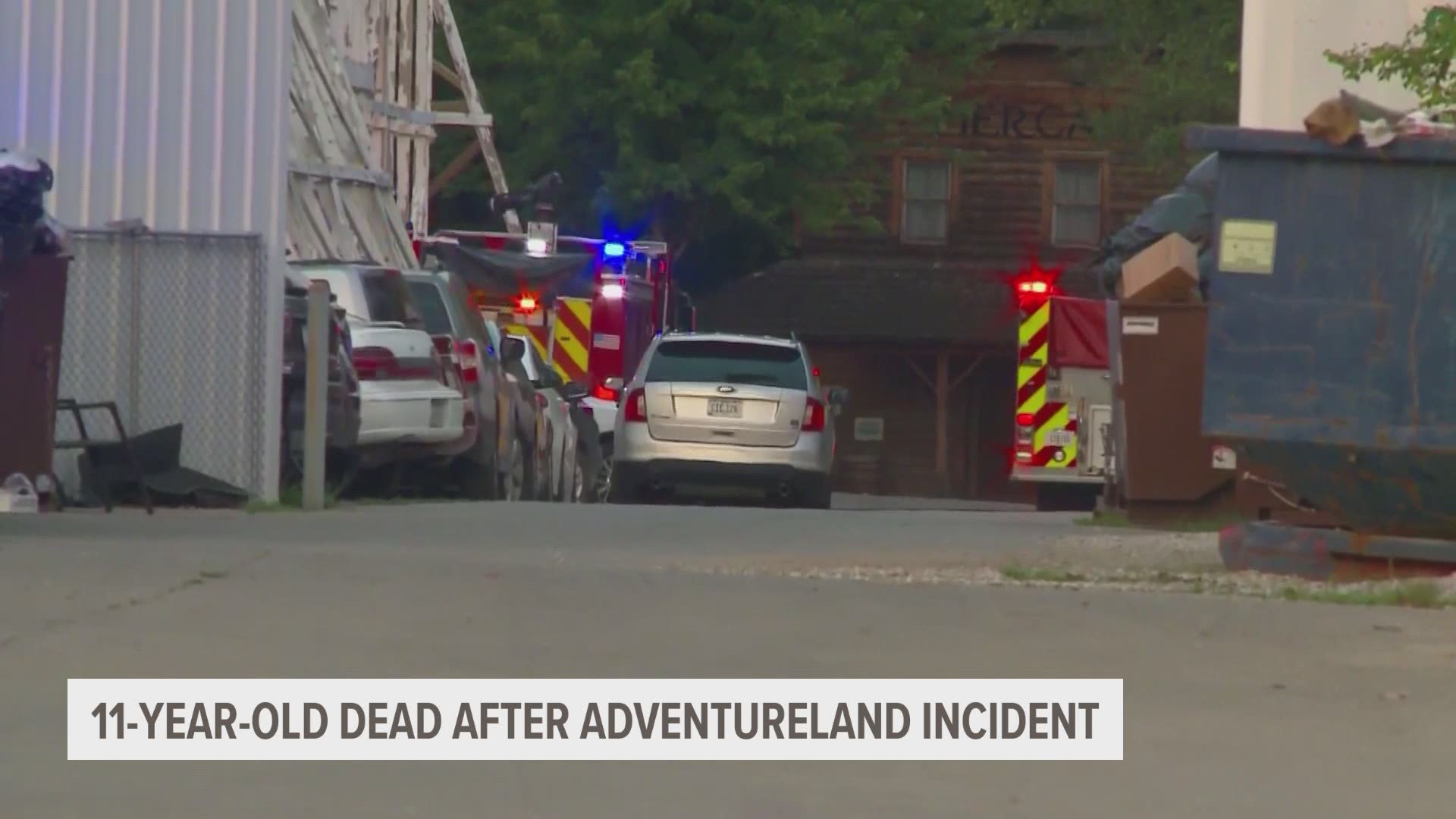 ALTOONA, Iowa — An 11-year-old died after a raft on the Raging River at Adventureland overturned, the Altoona Police Department said Monday.

The incident happened around 7:30 p.m. Saturday.

Four people were initially taken to the hospital, three of those in critical condition, according to Adventureland Park and the Altoona Police Department.

11-year-old Michael Jaramillo died from his injuries. Another juvenile remains in critical condition as of Monday afternoon. Others sustained minor injuries.

"Our thoughts and prayers are with the Jaramillo family as they navigate the heartbreaking loss of their child," Altoona police said in a release. "Altoona detectives are working with the State Inspector and Adventureland Park to understand this tragic accident."

"Adventureland is saddened to learn of the passing of one Guest involved in the Raging River accident on the evening of [July 3]. This investigation is ongoing and the ride remains closed. Adventureland is working closely with both the State and local authorities, and would like to thank them again for their efforts. At this time, we ask for your thoughts and prayers for the Guest and their family, as well as for our team members who were onsite."

According to an earlier post from the park, the ride was inspected on Friday and "found to be in sound working order." The post said the ride will remain closed for a thorough inspection.

In 2016, park employee Steve Booher was killed in an accident on the same ride while trying to operate it. His widow and estate sued a co-worker seeking damages.

The lawsuit has seen been dismissed, but attorneys have not yet clarified to Local 5 why.

Local 5 will update this story as more information becomes available.