The vote was unanimous Tuesday. 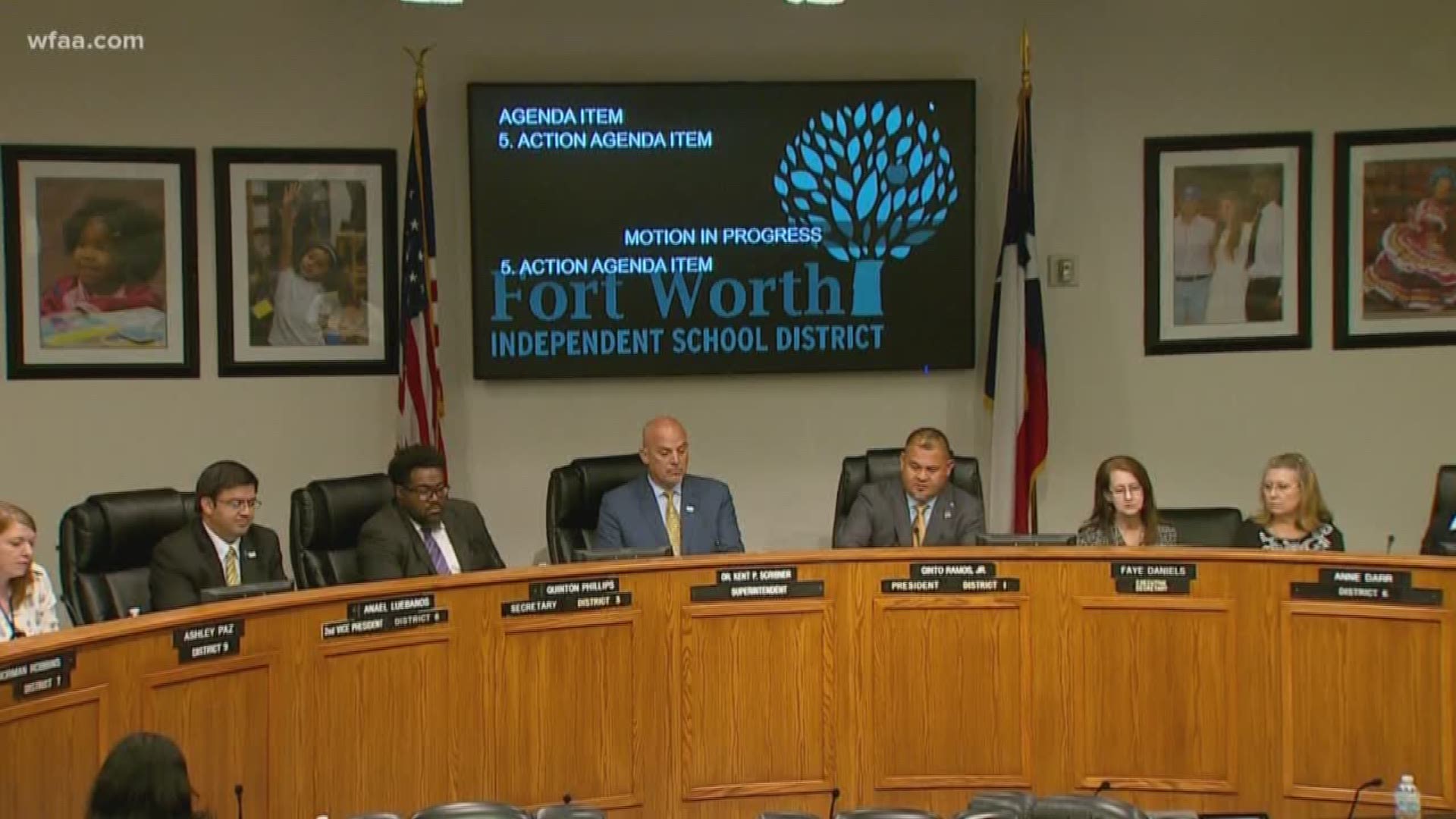 FORT WORTH, Texas — Fort Worth ISD unanimously voted Tuesday to uphold the June 2019 firing of one of its teachers after she made anti-immigrant comments on social media.

Her job status has been like a rollercoaster ever since, and that ride may not be over yet despite the decision of board members Tuesday.

In a series of tweets from May that have since been deleted, Clark called on President Trump to "remove the illegals from Forth Worth."

“@realdonaldtrump I do not know what do do. Anything you can do to remove the illegals from Fort Worth would be greatly appreciated,” one tweet read in part.

Clark said she thought she was tweeting the President privately.

The school board discussed the matter at its meeting Sept. 10 and tabled action until Tuesday.

Before that Sept. 10 meeting, Clark told WFAA she does not regret her tweets.

"Frankly, God was saying, 'It’s time you need to do this now,'” Clark said.

Before Labor Day, an independent examiner working on behalf of the Texas Education Agency put out a 76-page report saying that Clark’s termination, “is not justified, is not supported by the evidence, should not be approved and should not be upheld and that Georgia Clark’s appeal of the proposed termination be granted and that FWISD decline to terminate the employment of Georgia Clark.”

The examiner found that Clark's tweets were, "a private citizen's free speech about a matter of public concern."

The examiner also recommended that Clark be reinstated.

RELATED: Fort Worth ISD teacher fired after allegedly calling on President Trump to 'remove the illegals' on Twitter

“Up until the time the hearing was finally over I was distraught,” Clark said Sept. 10. “Now that I have been exonerated I expect Fort Worth ISD to do the right thing.”

“I need my job back and those kids need me too,” Clark said. “I believe that there are earth angels and I believe that I am one. I said ‘I’ve come across your path, right now, at this school, to help you.'"

But board members didn't backslide during a special meeting called Tuesday to decide Clark's fate.

After deliberating for 40 minutes in a closed session, they returned to reject the examiner's findings and uphold their termination.

Board President Cinto Ramos made a short statement and didn't give further comment saying, "We felt there was good cause to terminate the contract of Georgia Clark."

Clark can appeal the board's decision and has told WFAA that a lawsuit is being considered.

However, the board's decision clearly shows that FWISD is prepared to fight both of those battles.