The meetings come as military money is in danger of being shifted to the construction of a wall along the U.S. southern border. 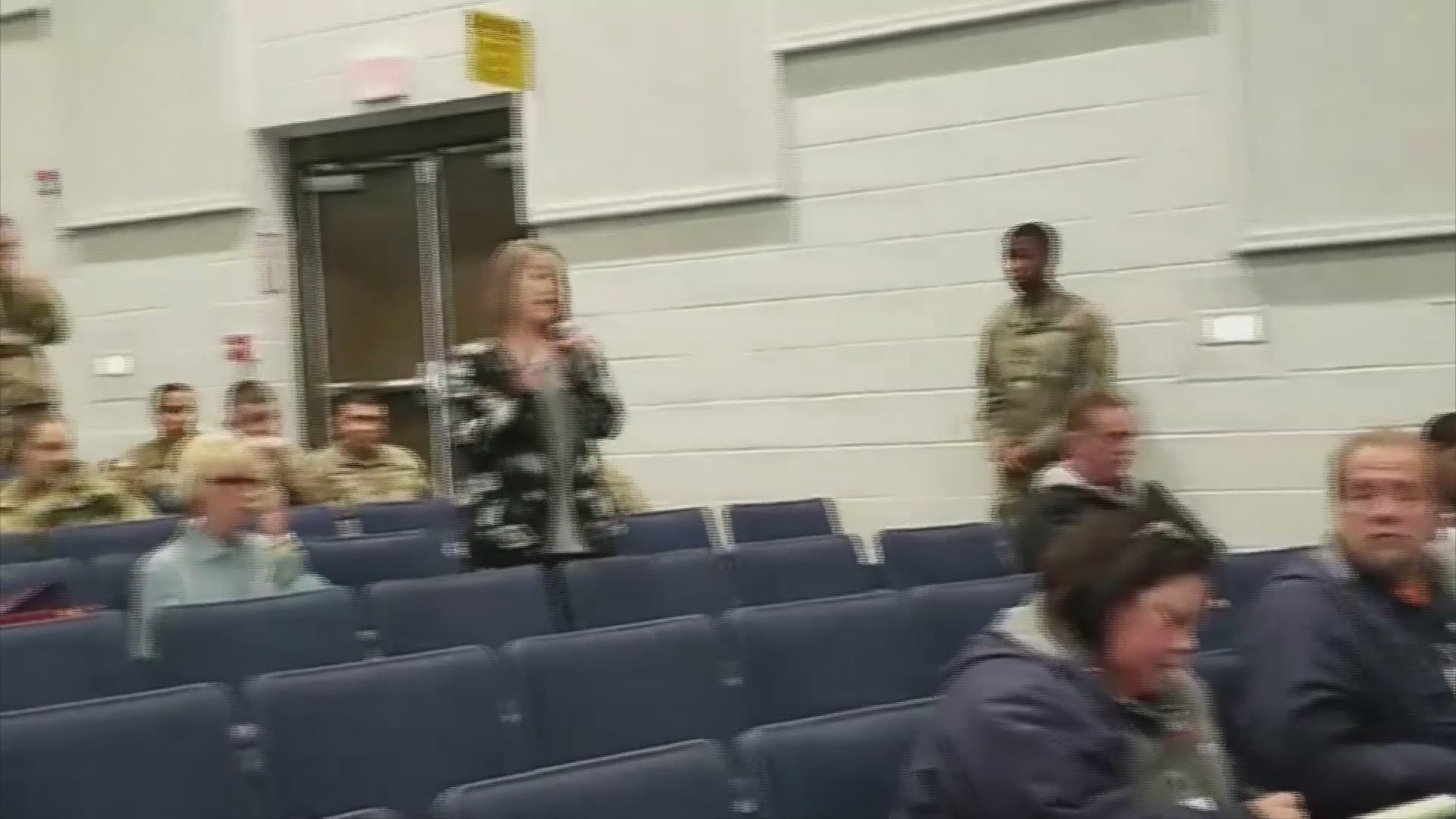 AUSTIN, Texas — Town-hall meetings this week have revealed the poor state of housing conditions for Fort Hood soldiers and their families, who complained about mold issues, lead paint and roach infestations.

The meetings come as military money is in danger of being shifted to the construction of a wall along the U.S. southern border after the declaration of a national emergency.

Army leaders described “unacceptable” conditions in the meetings Thursday and Friday, following a congressional hearing last week on the problems at private housing across the country.

Residents accused management of glossing over issues by painting over mold, ignoring work orders and performing inadequate repairs. Many said their frequent requests to fix leaks and ventilation caused them to move off post.

The military homes are managed by Australian firm Lend Lease. But similar complaints were also raised about the 141 government-owned barracks that house thousands of soldiers.

A soldier’s spouse said her daughter had to be taken to the Fort Hood hospital after falling through a defective window screen. Another said Lend Lease management took months to repair water leaking into her bedroom.

“When my downstairs bedroom stopped working, they came and removed the toilet and didn’t come back until four months later,” said resident Kayla Palmer. “I hounded housing about it every month.”

“My friend’s roof was being replaced and someone fell through and landed on her couch, creating a big hole in the ceiling,” said resident Emily Ngo. “It’s been three months since it has happened and no one has come out to fix it.”

Another woman said she was told it would take 10 days before someone would come to fix her faucet that won’t turn off. Others said rain would pour in their windows when it rained, flooding their home. They allege management told them to simply put towels down.

Army officials vowed to address the issues and concerns of military families, saying real changes will be made.

“We will be transparent about it,” said Fort Hood Lt. Gen. Paul E. Funk. “This is about communication and trust.”