As a defensive end, a first step off the line is key to sacking the quarterback. But it was a very different first step that helped draw former UT defensive end Bryce Cottrell's attention and focus toward his new business. 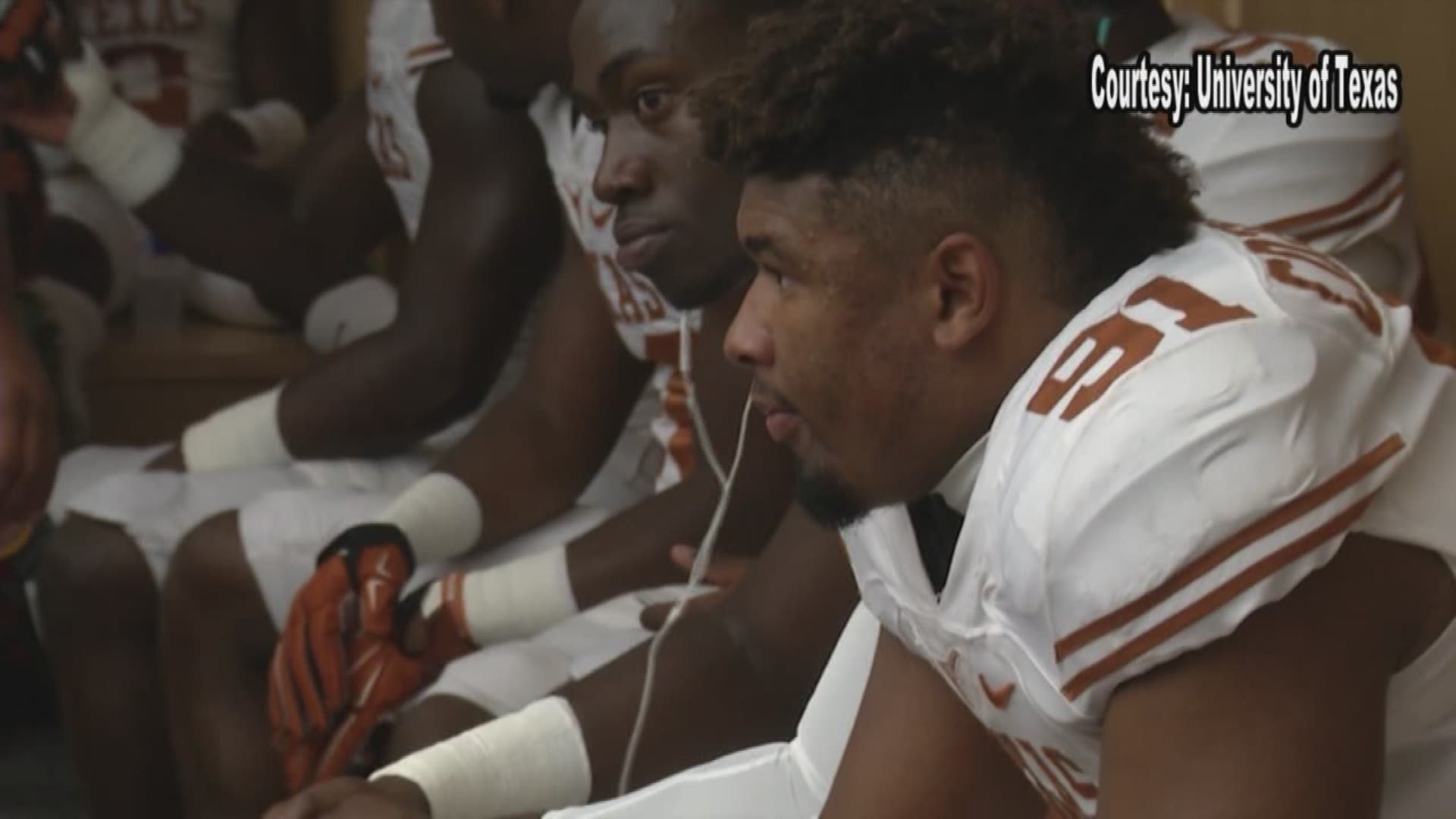 The schedule of a college football player can be monotonous - practice, class, game, wash, rinse, repeat. But for former University of Texas defensive end Bryce Cottrell, it was during that grind that he found his passion.

"The company began by me on a plane going to Iowa State this past season," Cottrell explained. On the flight, he was watching the HBO show Entourage.

"And I saw Turtle started Avion, and I said if he could do it, why couldn't I?"

Inspired, he decided to start a company of his own - Noble Wolf Vodka.

While he had the idea, he did not yet have the know-how.

"So I put an ad on Craigslist for a chemist, one guy returned my call," Cottrell explained. "I bought him a burger at Five Guys, I said ‘hey I want to create the first ever vodka distilled from grapefruit.' He comes back four days later and said okay 'here you go.'"

Cottrell offered the chemist a piece of the company, but he politely declined.

"So I ended up paying him $80," Cottrell said. "And he gave me the recipe and helped me find a distillery and everything."

During all of this, Cottrell was still juggling classes and his senior season with the Longhorns.

As for his teammates' response to the idea, "They all thought I was crazy," Cottrell said with a laugh. "But they all ended up being very supportive after a while, especially after they tried it."

His family background makes him better suited for the boardroom. Comer Cottrell, Bryce's father, created the Curly Kit, which revolutionized the black hair care market. He would go on to purchase part of the Texas Rangers, becoming the first African-American to own a major league team.

That influence is reflected in the name of Bryce's own company.

His initial success is certainly helping that goal.

Since launching, Noble Wolf Vodka has won spirits competitions - thanks in part to its distinct recipe, in which the vodka is distilled from grapefruit.

From killing time on a flight to quickly growing a company, Cottrell us hoping to inspire others to follow their dreams

"Be a jumper, definitely be a jumper. Definitely just jump into it. You never know, it could be the next big thing," he advises.

The vodka is currently being sold in 64 locations in Austin and San Antonio. Cottrell said they're set to launch in Dallas and Houston in the near future.