During the interview, Logan was surprised by one of his favorite country singers, Jack Ingram, who helped us learn more about the cool and caring 16-year-old. 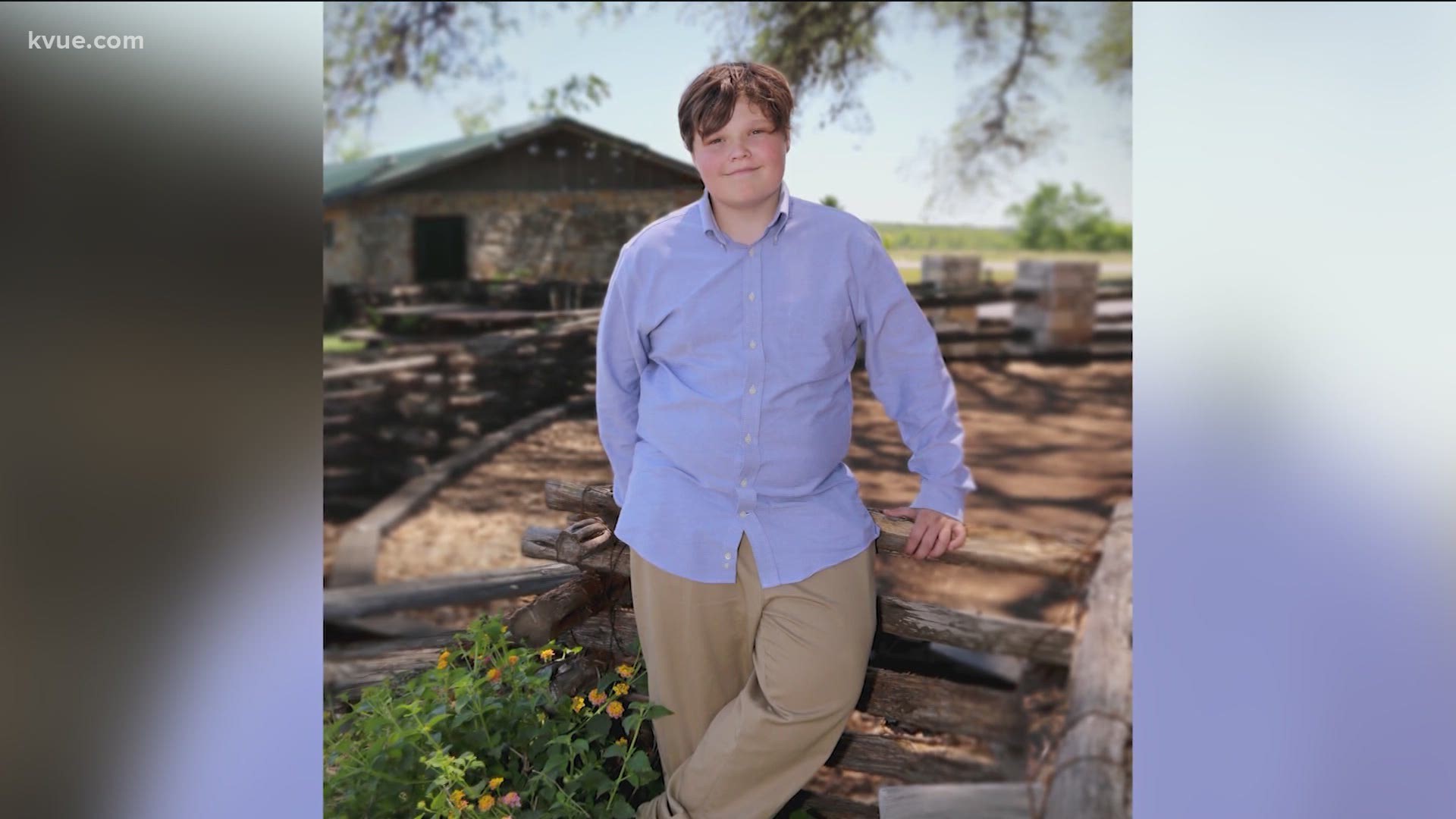 AUSTIN, Texas — It is not every day Logan dresses up in a suit and tie, but the 16-year-old wanted to show Texans what he is all about in hopes he finds a family to call his own.

The upbeat and kind boy typically likes to spend his time outside playing with friends or riding horses in the country, one of his favorite places to be.

He would fit in well with a family who is kind and supportive.

"Mainly I'm looking for people who care and have an understanding of what I can do and where I have been," he said.

Logan described himself as fun, caring and easygoing, but anyone who meets him would see those qualities shine within minutes.

PHOTOS: Meet Logan, who is looking for a forever home

PHOTOS: Meet Logan, who is looking for a forever home

His favorite country singer, Jack Ingram, can attest to that. He joined in on the interview to help families get to know Logan.

"You seem like a really good kid with a really bright future. Seems like you are able to make the most out of the situations. I respect you a lot," Ingram told Logan during their conversation.

Logan's love for music, specifically Jack Ingram, was inspired by someone close to him.

"He showed me your songs and I liked it," he told Ingram.

Thanks @JackIngram for helping out with this week’s #ForeverFamilies! Here’s a cool sneak peak of Jack sharing some of his favorite #Texas music memories with Logan... but tomorrow Logan gets the stage to himself 😄 | @KVUE pic.twitter.com/sKSi7etodf

When Logan is not listening to music or riding horses, he likes to pad up on the football field or lift weights. However, with his future nearing closer, he is also looking ahead.

"I was hoping to go to college and I want to be a surgeon," Logan told KVUE's Tori Larned.

RELATED: Can't adopt but want to help? Here's how you can foster or mentor a child in Central Texas

With his drive and love for meeting new people and seeing new places, he is sure to do great things.

"He loves to socialize. He likes to carry on conversations. He likes to meet new people," his caseworker said.

While he aspires to make a great life for himself, right now, he hopes to find a supportive, patient and stable family who can guide him along the way.

RELATED: Learn more about becoming a foster or adoptive parent at these monthly sessions

To learn more about Logan or put in an inquiry about adopting him, visit his page on the Heart Gallery of Central Texas.

KVUE launched the Forever Families segment with Partnerships for Children (PFC) in June to highlight children in the Heart Gallery of Central Texas who need secure and permanent families. Currently, there are nearly 1,000 children waiting to get adopted in Central Texas, according to PFC.