The installation is made up of 1,200 steel bikes and makes a 3-D effect as viewers look up at it. 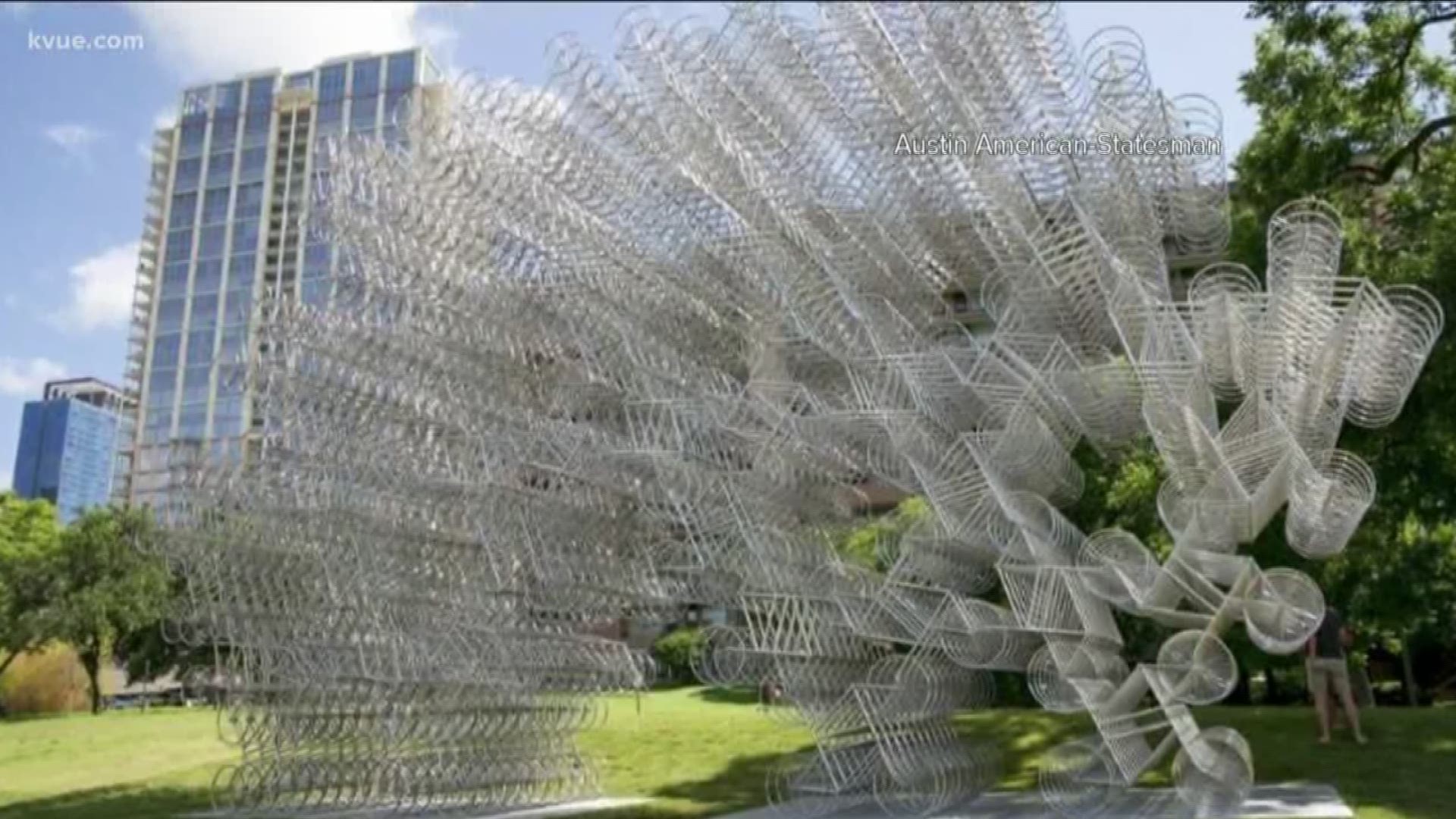 AUSTIN, Texas — The sculpture near Waller Creek that's made up of more than 1,000 bicycles will be taken down Thursday.

Waller Creek Conservancy spokeswoman Meredith Bossin told Austin360 that de-installation on the sculpture will begin on May 16.

"Forever Bicycles" was loaned to the city back in the summer of 2017 and has been a beloved piece of artwork in Austin ever since.

The installation is made up of 1,200 steel bikes and makes a 3-D effect as viewers look up at it. It was created by Chinese artist and activist Ai Weiwei.

Weiwei said he used the bikes to reflect his childhood growing up in Beijing where biking was the main mode of transportation.

The bikes also symbolize the freedom to move.