Detectives in Williamson County are working hard to crack a 30-year-old cold case by using a new sketch. Sheriff's deputies plan to get some answers. 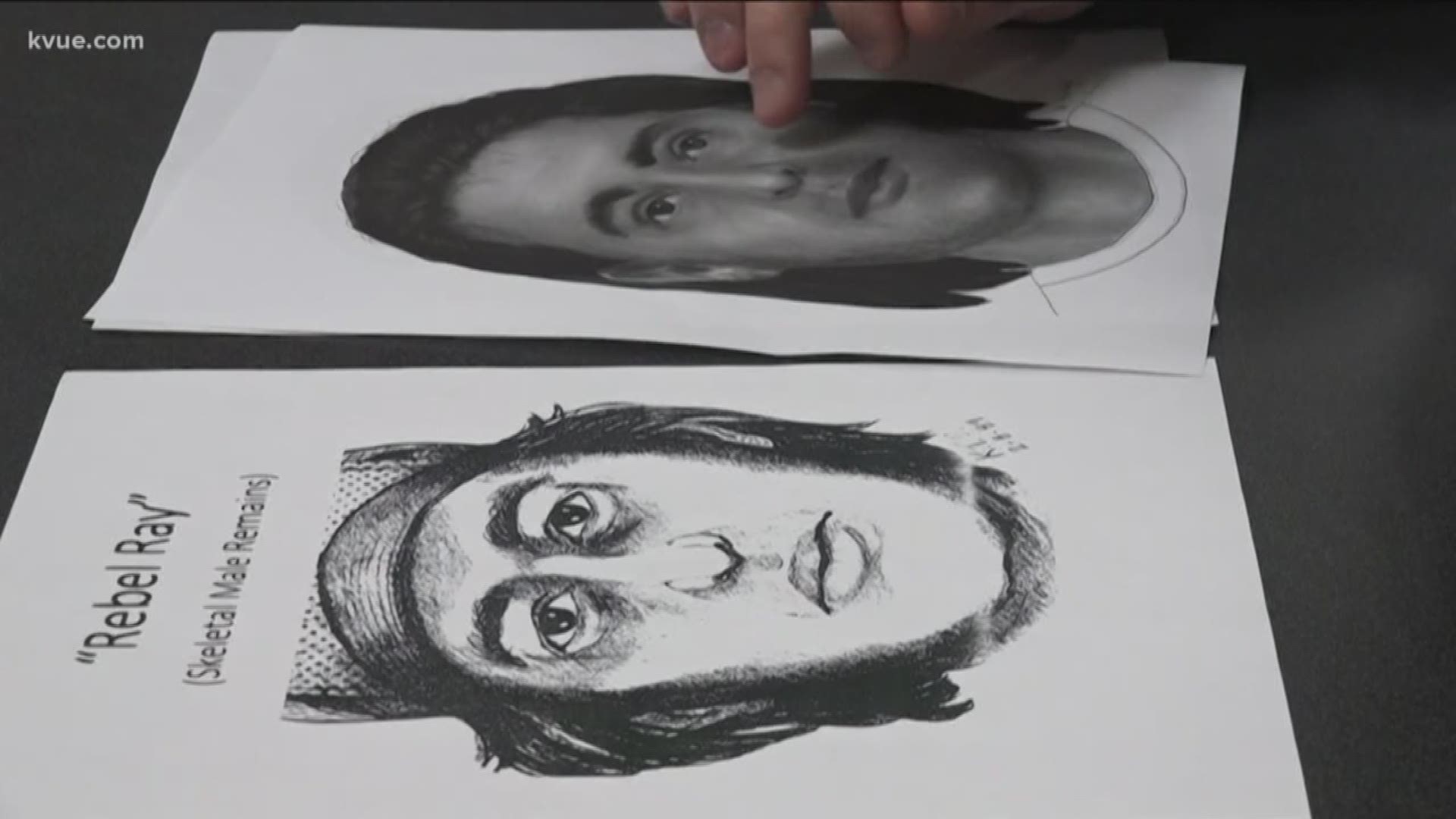 AUSTIN, Texas — A Williamson County cold case victim named "Rebel Ray" hasn't been identified since his skeletal remains were found in Oct. 1988. With a new and improved sketch, detectives are hoping they get tips.

"It's not a very thick case file. Remains were found. Officers arrived. Remains transported to ME's office and then, that’s what we got," said Sergeant John Pokorny with the Williamson County Sheriff's Office Cold Case Unit.

Rebel Ray's remains were found at the Riverside Mobile Home Park, which is a mobile home park in between Georgetown and Jonah, Texas. More than 30 years ago, the quiet community was a crime scene. His first sketch was made in the '90s, but detectives didn't get detectives a lot of tips.

"Sometimes people don't even know what it is what they recognize about someone," said Natalie Murray, the WCSO forensic artist and investigator.

She drew the latest sketch of Rebel Ray.

Murray said the biggest difference between the old sketch and the new one is Rebel Ray's nose.

Texas DPS offering up to $6,000 for information about 2004 unsolved murder case

"A nose is something that's really difficult to figure out because a lot of it is cartilage and soft tissue, and that's difficult to work out, so studies are always being done on that," said Murray.

Murray said technology keeps improving and so do victims' sketches. Now, they're hoping the new drawing will trigger someone's memory.

"Once I get the proportions to those features right, chance of someone recognizing that guy have gone up astronomically," said Murray.

Murray said the most important factor in recognizing someone is face proportion. She said the proportion of Rebel Ray's face is as accurate as it can be right now.

LIVE BLOG: Astros even World Series with 8-1 win over Nationals