Two dogs were killed in a little over a month by other dogs. Now the City is taking another look at its dangerous animal policies. 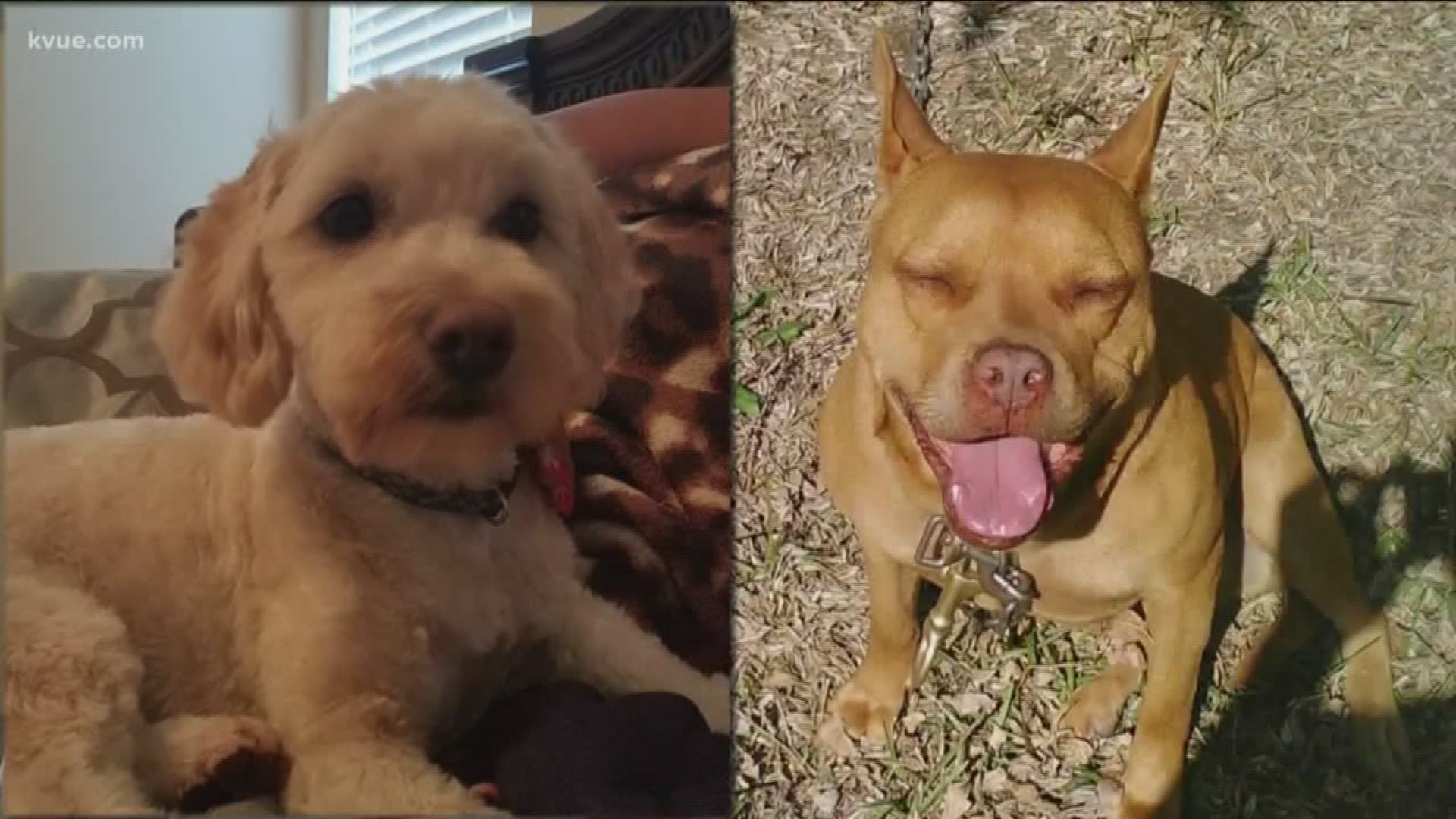 KYLE, Texas — In just over a months time, two dogs were killed by other dogs inside the city limits of Kyle. Now the owners of those dogs want the city to reexamine its policy of how it deals with dangerous animals.

All of the dogs who killed the two pets have now been marked as dangerous animals, meaning that to keep them the owners have extra regulations such as a sign warning people.

But to those owners who lost their pets want more.

"I just don't see how you can have something that's considered dangerous in the city and in the school zone," said Fred Gonzales.

"I see two dogs, or two outlines of dogs I guess, and I could see their eyes were yellow and they were just hovering over my my lifeless dog," said Gonzales.

Two other pit bulls had attacked and killed Lia.

"You know, we do feel like a victim for the simple fact that someone else's property got onto our private property and they killed our property," he added.

Just one month earlier, there was another attack five minutes away.

"My 13-year-old son in this yard, and basically he was able to get back into the house before the dogs got to him," said Eric Gordon. "Unfortunately, our old dog, CJ, he's a terrier poodle mix, and he didn't make it back into the house ... and so it all happened right here in our own backyard."

His dog, CJ, was also killed by pit bulls who broke through the fence.

"We're trying to find out what's going on and work with the city, and, 'Hey, what's the problem here?'" he added.

"I feel for them and hopefully we can make something better out of this," said Dex Ellison, the mayor pro tem for the city of Kyle.

He's in charge of looking at the dangerous animal ordinances and sees two options.

"There's either the track of keeping the ordinance and improving it, filling in any loopholes, make changes to the language, making things more restrictive or whatnot – so that's one track," said Ellison. "The second track would be, do we feel we want dangerous animals inside the city limits of Kyle in general?"

There's a committee tasked with figuring that out. They're expected to bring ideas to Kyle's city council next month.

As for these two owners, they're hoping something changes soon.

"I just think we should have no dangerous animals in the city at all ... It's that simple," said Gonzales.

"We just want to see the awareness going because we want some action. We want something to happen," added Gordon.