One firefighter was treated for heat-related injuries. 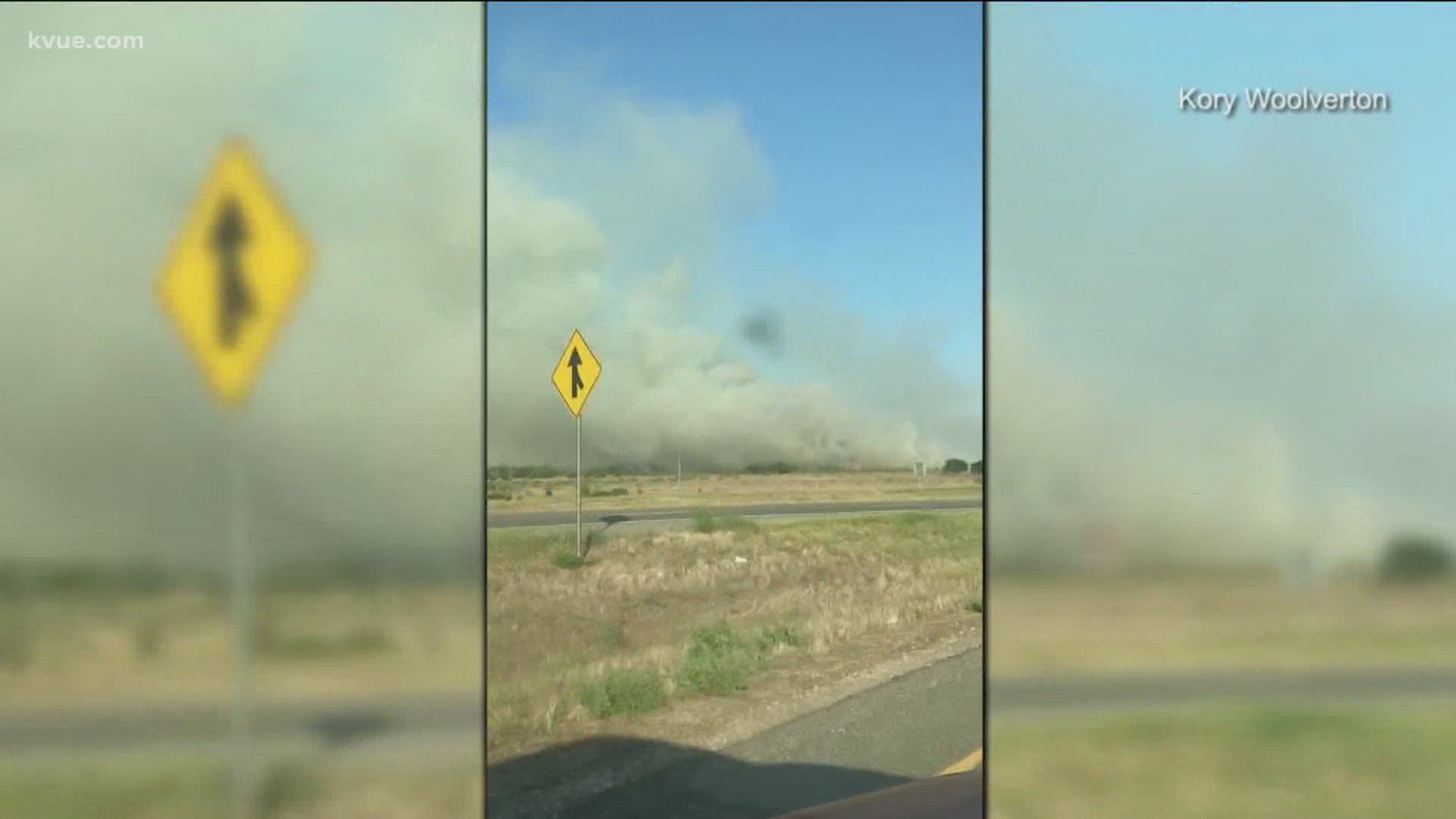 FLORENCE, Texas — Around 80 residences were evacuated on Thursday evening after a large grass fire burned at least one structure and threatened homes in Florence. By mid-morning the next day, the fire chief told KVUE all families are allowed to go back home.

Officials said the fire had grown to approximately 250 acres. The fire chief said one "resident structure" was burned down.

Although the fire is mostly out, as the weather heats up for the day Friday, the fire chief said "smoldering areas are popping up into fires," which firefighters are putting out.

Officials are working to restore power in the area. 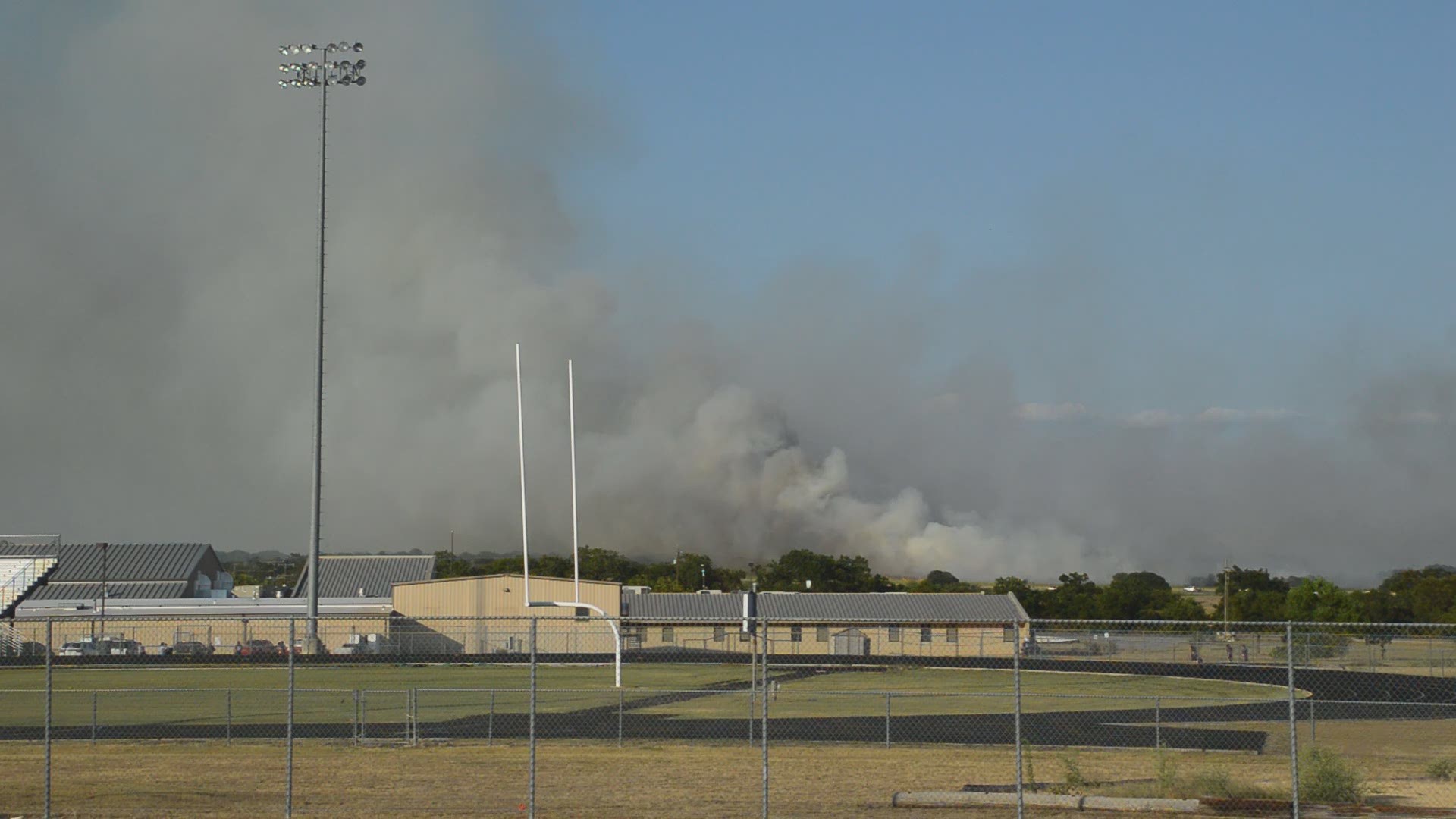 People driving in the area are asked to be careful as emergency crews move in and out.

One firefighter was treated for heat-related injuries.