First ever Waterloo Festival in Austin draws out hundreds

It may have been a wet weekend in Austin, but that didn't stop festival goers from enjoying the first ever Waterloo Music Festival. 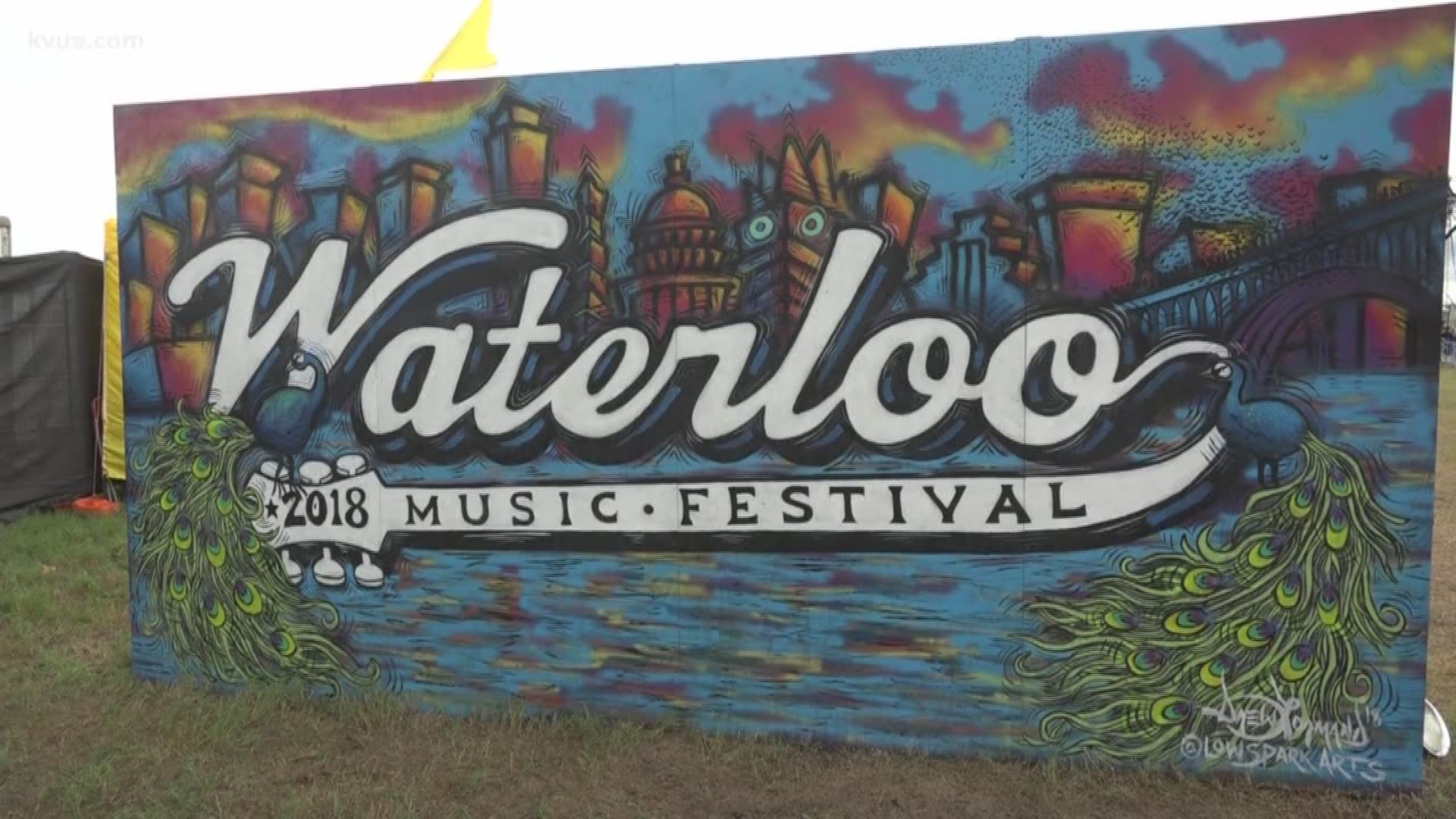 AUSTIN — Despite the wet weather this past weekend, hundreds gathered at Carson Creek Ranch for the first ever Waterloo Music Festival.

“It’s a wonderful thing when music fans just don’t care about the weather,” said Dave Machinist, one of the festival organizers.

He said that despite a drizzle here or there, people love music and that's what they came for.

“You know, music festivals are gritty. It’s not supposed to be easy to get to and when you’re here … it’s exclusive. We walk in the mud or step in a puddle -- ya know, it loosens you up a little bit. Regardless, you look around, everybody’s hanging out, having a good time.”

Many people were taking pictures in front of a mural painted by Austin's Drew Lormand.

“I would say that music is my number one passion ... to be able to bring my form of art as well as the form of art that’s being played on stage in the same place is a really good feeling," said Lormand, who also attended the festival.

Safety was a top concern when it came to the weather.

“Our first priority is for everybody here to be safe and we haven’t put anybody into harms way at all," said Machinist.

The event wraps up on Sunday night and the organizers hope for an even better turnout next year.

For a full lineup of the event, click here.