The Burnet County Sheriff's Office was informed of the incident at 6:24 p.m. Wednesday. 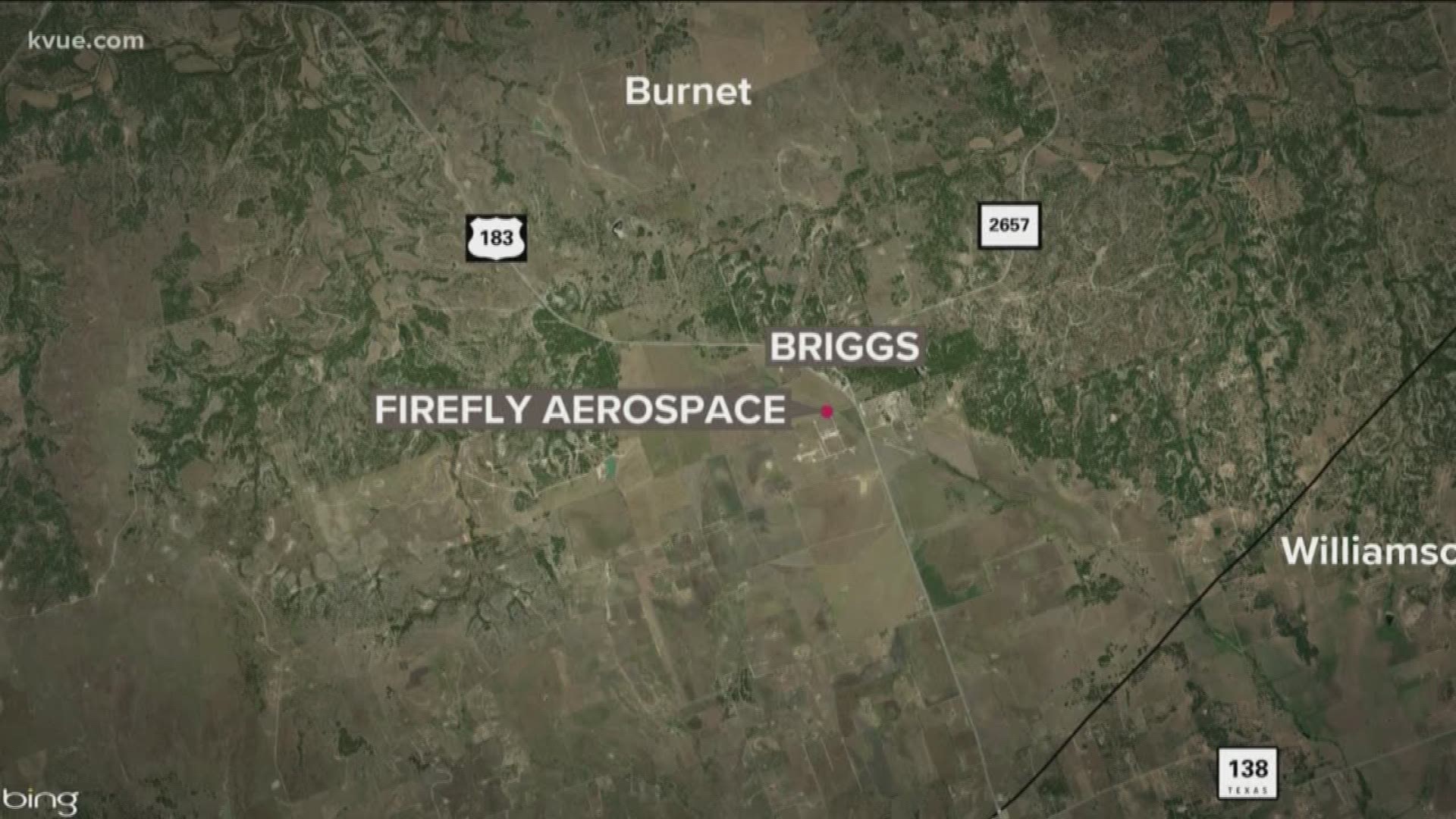 BCSO said at 6:24 p.m., it was informed of an explosion. The Oakalla Volunteer Fire Department had incident command and, out of an abundance of caution, requested BCSO's assistance to shut down traffic on nearby roads, activate reverse 911 and start evacuations within a one-mile radius of the facility.

This resulted in the closure of U.S. 183 in the area, as well as nearby county roads.

Burnet County Sheriff Calvin Boyd told KVUE that the incident was a fire that triggered concerns of explosions but was not an explosion. The fire has been put out and U.S. 183 has been reopened.

There were no reported injuries and reverse 911 calls went to about 55 people, according to Boyd.

A video posted to social media showed the moment the fireball happened.

Boyd told KVUE that normally if Firefly does a test, they contact the fire department and sheriff's office but that didn't happen tonight. Boyd said he didn't know if there was a test happening on Wednesday night.

The CEO of Firefly Aerospace, Tom Markusic, said Wednesday night that the rocket testing that caused concerns of an explosion was a fire on the test stand caused by a gas leak. He said they have a system in place that helped extinguish the fire quickly, but Firefly plans to work with Burnet County authorities to make sure emergency response is better coordinated in case of future events.

On Thursday, the company issued a statement:

"On Jan. 22, 2020, test engineers were conducting a planned test of the first stage of the company’s 'Alpha' launch vehicle. The test was to be the first in a series of propulsion tests to verify design and operation of the stage, and involved a short, five-second firing of the stage’s four engines.

"At 6:23 pm local time, the stage’s engines were fired, and a fire broke out in the engine bay at the base of the rocket’s stage. The five-second test was immediately aborted and the test facility’s fire suppression system extinguished the fire. The cause of the anomaly is under investigation. Firefly engineers are reviewing test data from the stage to identify potential causes for the test failure, and Firefly will share results of that investigation once it is complete.

"Firefly is committed to workplace safety, and at no time during the test were Firefly operations personnel or the public in danger. Firefly is coordinating closely with local authorities and emergency response personnel as it investigates the anomaly and refines its contingency procedures."

According to records obtained by KVUE, after a health and safety complaint, the Occupational Safety and Health Administration (OSHA) opened an investigation into Firefly in March 2019. OSHA handed down five violations, four of them labeled "serious." Firefly got an initial penalty of $21,216 and a current – or final/adjusted – penalty of $12,730. That was Firefly's only OSHA violation since 2010.