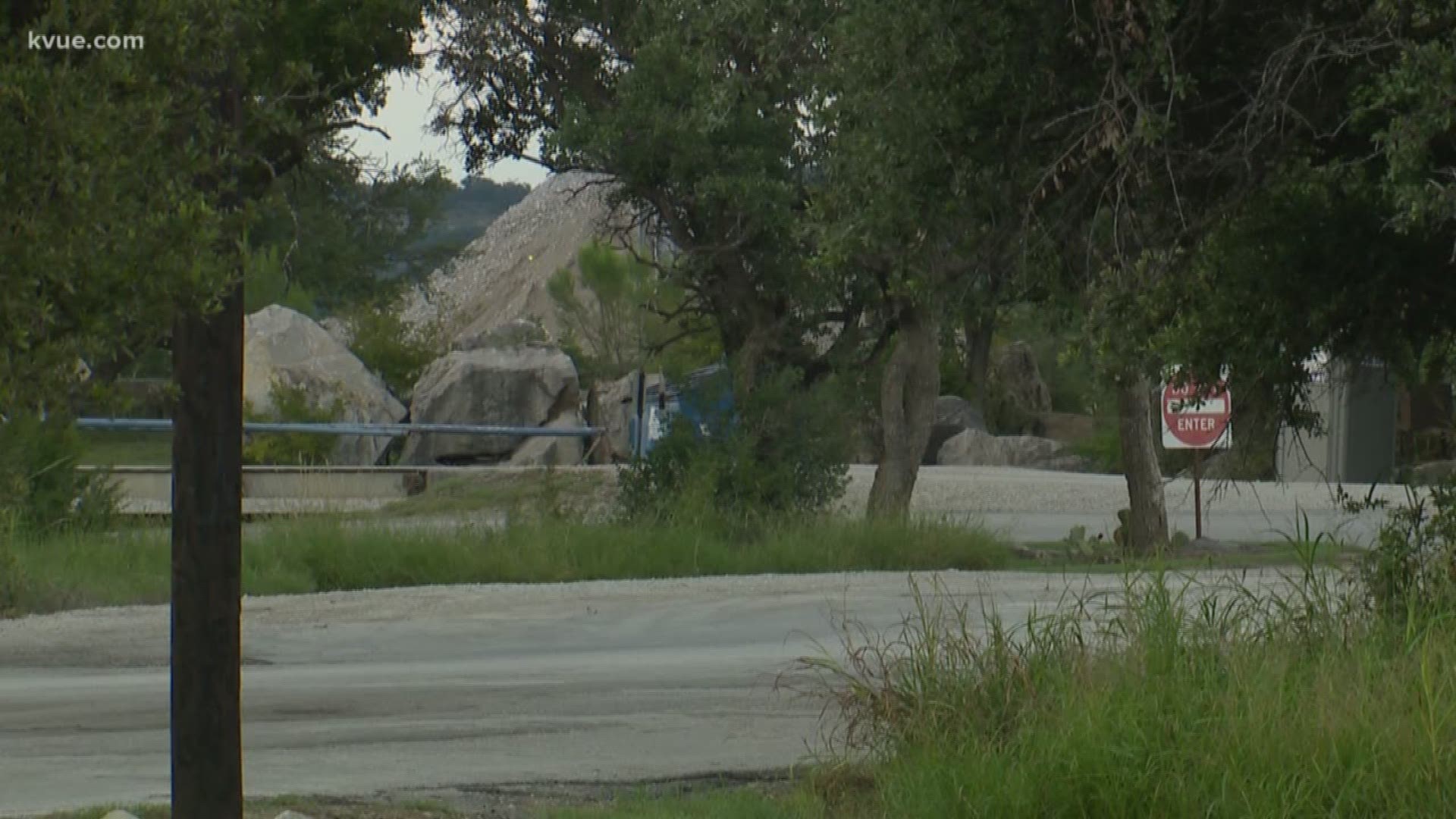 AUSTIN, Texas — Several hundred homeowners are protesting a new rock quarry in the Spicewood area that would be sandwiched between two neighborhoods.

The new quarry, called the Spicewood Crushed Stone, LLC would be built on a plot of several hundred acres of land between the Doublehorn Estates and Spicewood Trails off Highway 71.

There are already several quarries in the area, including one right across the street from Doublehorn Estates.

"Probably three times a week, I can feel the ground shake,” said homeowner R.G. Carver, who is part of a group leading a protest against the newest quarry.

"We have two existing neighborhoods, and they want to put it between all of our homes. I don’t think that’s the correct place to put a rock quarry,” said Carver.

Carver says dust from explosions across the street already covers their trees, homes and cars. Additionally, he says traffic from the quarries is dangerous on Highway 71, where they have no protected left-hand turn.

They’re worried another quarry will pollute the air and the well water.

"TCEQ does not address silica dust, they consider it a non-entity. But I can tell you that OSHA just put it on their list of carcinogenic elements,” said Carver.

TCEQ still has to approve the quarry’s permit. According to TCEQ’s website, that permit is pending.