The blast was felt by residents as far as three miles away. 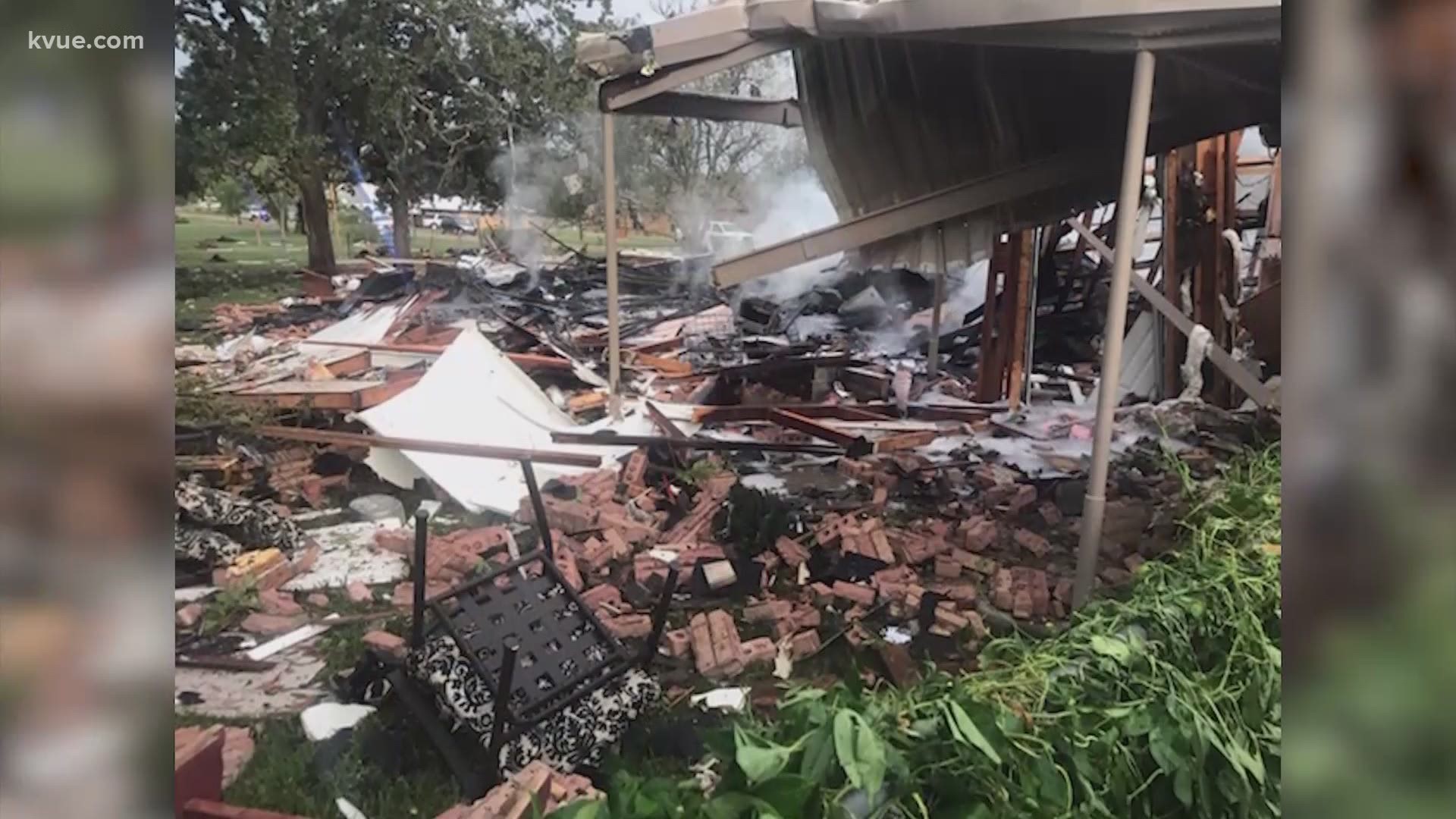 "Michael & Mazie Hess passed together yesterday afternoon," the church said. "We want to thank everybody for praying for our wonderful deacon family. They were dearly loved by the FBCLG family and will be greatly missed. Their kind and tender hearts impacted many. Our hearts are heavy but the hope they had and we shared in Christ remains."

The Hesses were flown to the hospital after the explosion on Tuesday morning.

According to Fayette County Chief of Emergency Management Craig Moreau, the couple's home in Ellinger exploded around 6:44 a.m. Fire officials responded to the scene where firefighters and neighbors found two victims.

The couple – who are both in their 70s – was severely injured and sent to Dell Seton Medical Center in Austin, according to the Fayette County Sheriff's Office. Hours after the explosion, the couple underwent surgery.

KVUE spoke with a neighbor who said he pulled Michael Hess out of the rubble.

"You just saw fire. I can’t even explain it. Everything just stopped, and all I was worried about was getting them out," said Joe Lamer. "Got him away from the fire and over to the ditch so that EMS could help him. He was cognizant and doing good. But I just pray that he’s alright and Mazie's all right. That’s all you can do now."

Lamer said he found Michael Hess when he was "crawling through the rubble."

"That's all that was left. There was nothing there," said Lamer.

"As you may know by now, a couple of our dear people were in an accident this morning where there was an explosion at their home. Their neighbors were able to pull them from the burning home. They were both flown to Austin where they are with their daughters and receiving medical care.

"We ask that you would continue to pray for the Hess Family and their daughters and their families during this time. We will continue to update as we remain in contact with the family and are able."

The cause of the fire is believed to be from propane but it's still under investigation by the fire marshal. Fayette County Sheriff’s Office Chief Deputy Randy Noviskie said there is not any natural gas in town, which is why investigators believe the explosion came from propane. As of Tuesday, crews are still at the home investigating the explosion.

Several homes in the area, for at least three blocks, had damage from the explosion. Noviskie called the scene “devastating” and said he felt the explosion at his residence, which he estimated is about seven miles away.

Neighbors, including Lamer, recalled the blast, saying they had never heard anything like it in their lives.

"The house was gone. It’s gone," said Chase Zapalac and Jennifer Rollins, who live across the street. "It was nothing but flames."

They called 911 after hearing a noise they said they will never forget. Rollins said Michael and Mazie Hess are "the sweetest, sweetest couple."

Officials said there is a "huge power plant" nearby, but there is no connection to the explosion.