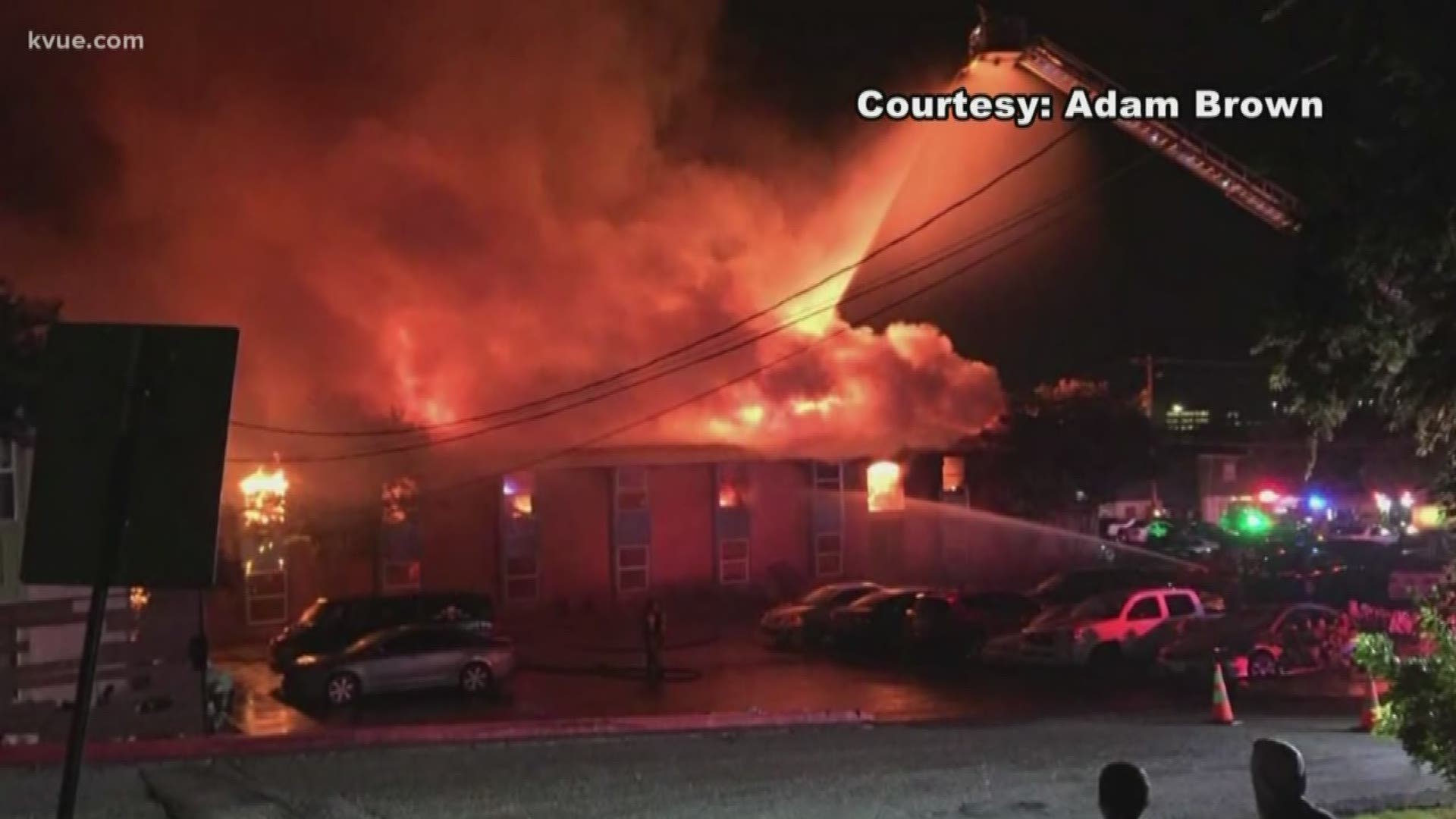 SAN MARCOS, Texas — The father of one of the five people killed in a San Marcos apartment fire on July 20 is now seeking legal action against property owners and management of the Iconic Village apartment complex.

Phillip Miranda, the father of 23-year-old James Miranda, filed a lawsuit Monday July 30 against the managers for gross negligence, premises liability, and wrongful death. On Monday Aug. 6, four additional plaintiffs -- who all survived, but were injured attempting to escape the fire -- were added to the lawsuit. Benjamin Munoz, Abril Cardenas, Chirstina Martinez, and Pablo Torres were all added as plaintiffs to the lawsuit.

The lawsuit states that fire alarms "failed to effectively activate to warn all residents."

"The origination of the fire is important, but ultimately there are going to be fires that start from time to time in places, and you've go tot make sure you've got everything in place to give people the opportunity to escape," said Kurt Arnold, the attorney representing Miranda.

Miranda was a resident at the Iconic Village apartments but was not a student at the nearby Texas State University. After the fire broke out, Miranda was one of the five residents reported missing until his death was confirmed by the Travis County Medical Examiner's Office in coordination with Justice of the Peace Maggie H. Moreno on July 26.

"Phillip's in shock, but at the same wants to get answers, and it's a hard thing, it's a hard situation to be in, because you should never really have to be in that position where you're having to go seek answers on behalf of your son," said Arnold.

Munoz and his girlfriend, Abril Cardenas, joined the lawsuit, saying they want to make sure it doesn't happen again.

"The thing that really woke me up is I heard screaming," said Munoz.

"I opened up our front door and it's just a black wall of smoke, like you can't see it, all you can feel is intense heat," said Munoz.

He ran to wake up Cardenas.

"I wasn't thinking about anything, but we need to get out," said Munoz.

Munoz opened the second story window and the two jumped. He fell on his ankle.

"At first it felt like a dull snap, and then I could feel searing pain," said Munoz.

Emergency crews rushed Munoz to the hospital where he was in and out of pain, consciousness, and surgery for a few days.

The flames took everything the two had, priceless belongings and memories.

"We had a box, she had a box of every ticket stub from every movie we've been to since high school, and it's all gone," said Munoz.

But what Munoz said he can't get rid of are the nightmares.

"Just waking up scared every time I wake up, like freaking out, 'Hey, is she near me, or is she OK,'" said Munoz.

Throughout the course of the investigation, fire authorities confirmed that the apartment complex did not have sprinklers. San Marcos Fire Marshal Kelly Kistner explained the complex was not required to put in a sprinkler system due to the building code that was in place when it was built in 1970.

"It should be the most obvious prevention system," said Arnold.

In an earlier interview with Jeffrey Shapiro, a fire protection engineer and the President of International Code Consultants, the KVUE Defenders asked if a fire suppression system should have been installed in the complex.

"Unfortunately, the existing buildings, the water supply going into those buildings is typically insufficient to be able to supply a fire sprinkler system. It's not just them outputting the pipe and the sprinklers in the building. You have to have put in a sufficient water supply; and very often, you just don't have the underground infrastructure and the cost of replacing that is huge."

Shapiro also explained that it's difficult to retrofit a property with fire sprinklers after it has already been built.

Fire investigators said on July 31 that battery-powered smoke alarms were installed within individual apartments, and they were inspected before the deadly fire. The last property and fire inspections were completed at the apartment complex on May 6, 2014, the city said.

According to court documents, Miranda's father is seeking a trial by jury and $1 million in damages. 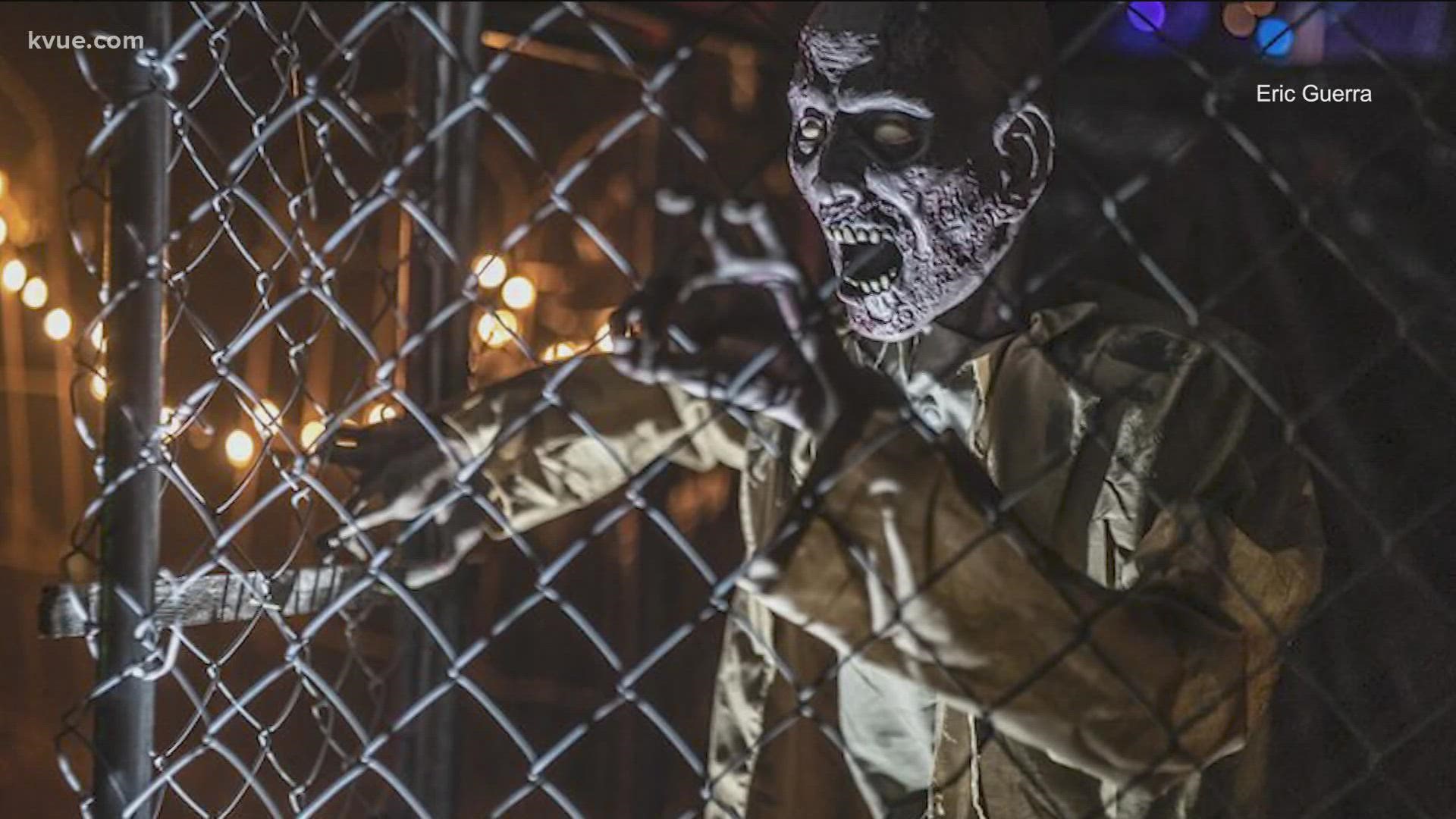