Family uproots life here to reunite with father of 3, deported a year ago, in Mexico

The father of three was deported last September. His wife and his young children left behind. But now they are packing their bags - again - for a different journey. 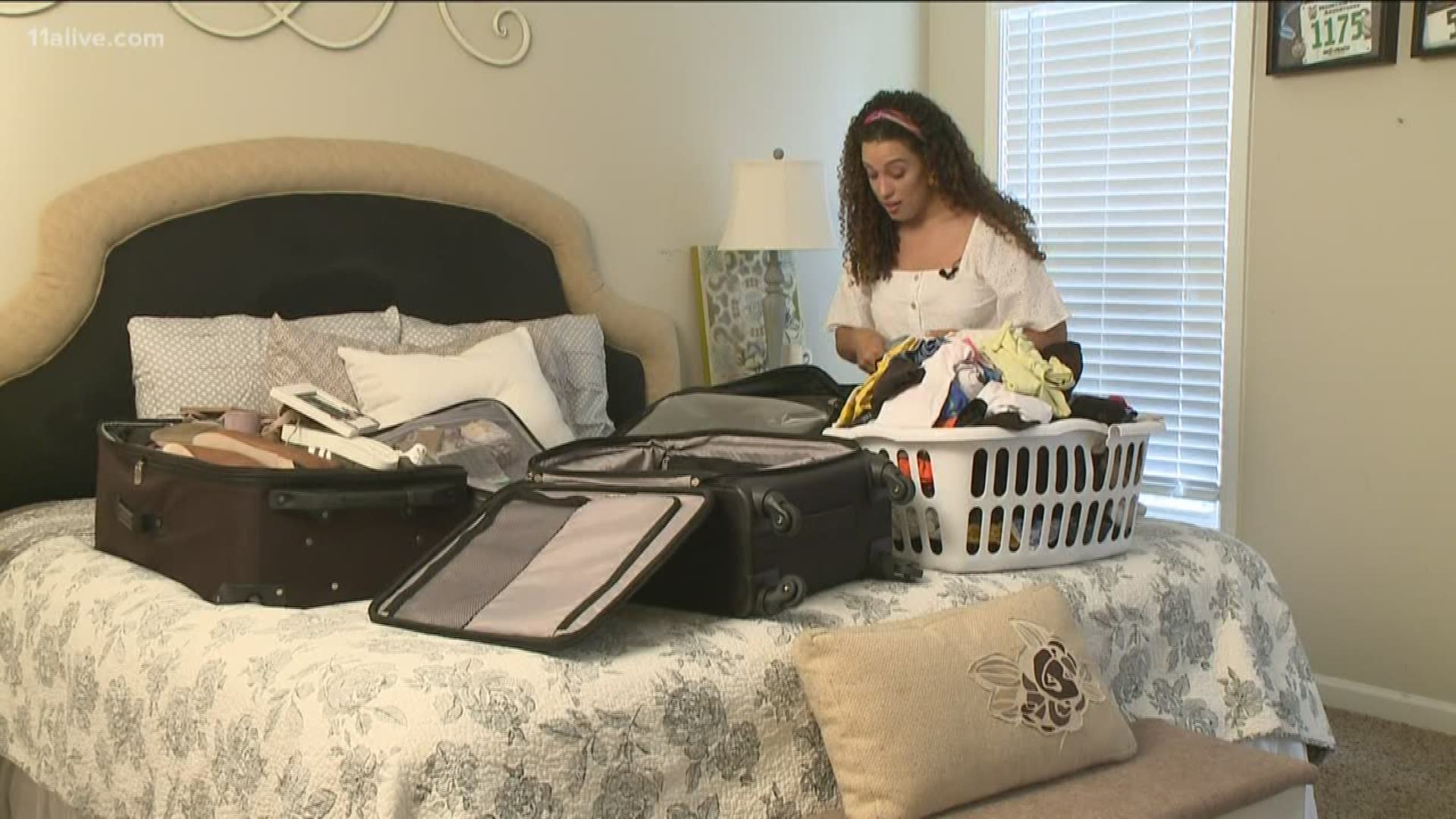 A Georgia mom - forced into single parenthood when her husband, Omar Rogel, was deported last September.

He came to the U.S. from Mexico on a family visa when he was just 3 years old, and was deported more than 30 years later.

His wife Alena Orwin says her husband has spent a big part of his life trying to become a U.S. citizen. His mother, a naturalized U.S. citizen filed a petition for his visa in 2003 and his wife filed one in 2017.

A year after that petition, in 2018, Omar received a letter from the department of Immigration and Customs Enforcement.

"I honestly got excited, because I thought it was an interview for his visa," Alena told 11Alive's Elwyn Lopez last August.

PREVIOUS: Family clings to hope father of 3 won't be deported

The letter asked him to appear at the ICE Atlanta field office on Aug. 2, 2018 in downtown Atlanta for an interview. When he went in, he was detained and transferred to the Stewart Detention Center in Lumpkin, Georgia, about 150 miles south of Atlanta.

In a statement to 11Alive last year, an ICE spokesperson said, "Mr. Rogel-Brito was ordered removed from the U.S. by a federal immigration judge in 2016, and the courts subsequently denied two appeals in January 2017 and December 2017."

MORE IMMIGRATION COVERAGE | At the border

Omar also has misdemeanor criminal convictions which included trespass, disorderly conduct, and obstruction of an officer.

The father of three was deported last September. His wife and his young children left behind.

Without Omar, Alena found herself in a difficult situation - emotionally and financially. The home she had lived in and raised her children was no longer an option. Her sister, with six children of her own, took her family in.

But now they are packing their bags - again.

“Packing the last of our stuff up that we are going to be taking on our new journey," Alena said.

The family is leaving to be reunited with Omar there.

“The pain of having to leave the people you value the most in your life is inevitable," she said. “And when this happened I told the kids that all we could do is take this day by day, and that’s what we’ve done."

“Our life just changed so much, so fast," she added, trying to hold back her tears.

From Atlanta to Mexico. A country she had never been to before her husband was deported. And a country her children don't know.

“The other day I asked Maddox, or all of my children, what they were nervous the most about, and he said speaking Spanish," Alena said.

Her oldest son Maddox is just 10 years old, and still trying to make sense of the amount of changes

“It does make me feel mad, very mad," Maddox said, adding, “because we could’ve been living in a house, our house in Lawrenceville being fine, but then the government had to mess it up.”

For nearly a year, the Rogel family celebrated birthdays, Father's Day and their first days of school on FaceTime or Skype - through a phone. There were no goodnight hugs or kisses.

But that's all about to change, even if that means taking a leap of faith into the unknown.

“We will do anything and everything to make sure that we are never separated ever again," Alena said.

Lil Nas X to haters upset over his coming out: 'I'm not angry'