The parents of a teen suspected for dealing drugs and jailed for attempted murder are questioning the tactics Austin police used when they searched their home in April. 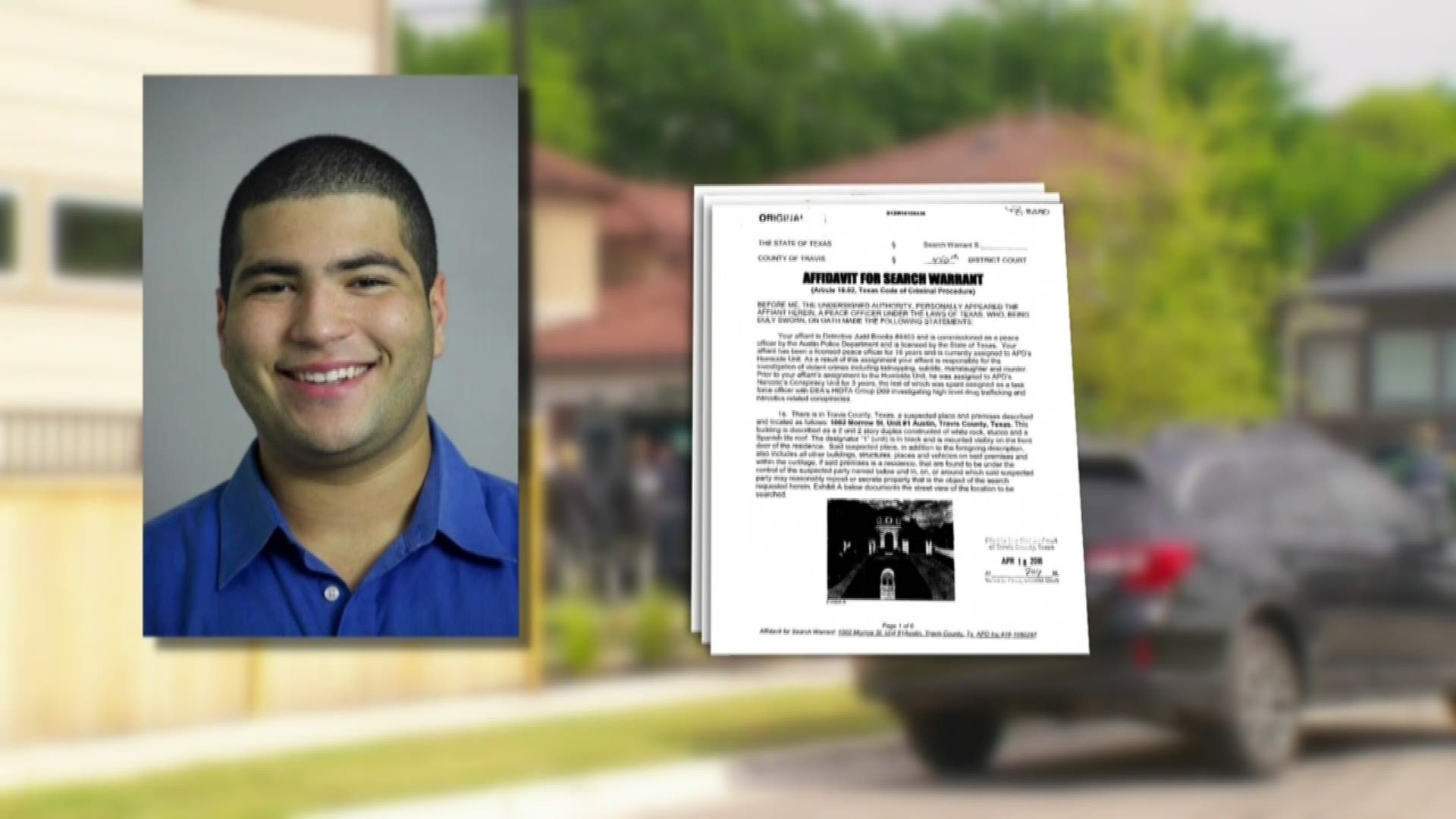 AUSTIN — The parents of a teen suspected for dealing drugs and jailed for attempted murder are questioning the tactics Austin police used when they searched their home in April.

In the early hours of April 14, police served a search warrant of Lisa Harrell’s home, trying to learn if her 18-year-old son Tyler was dealing drugs. The search warrant states APD secretly sifted through the family’s trash, and found marijuana residue and empty boxes for high-powered weapons.

Based on the chances of guns being inside the home, and the potential dangers to officers, police opted for the SWAT team to run the operation.

“It’s scary to think they came in like storm troopers,” Lisa said.

Police showed up before 6 a.m. April 14. They surrounded the entire house and busted through the front door.

“[Tyler] came running out with his gun, thinking someone was intruding in our house, and he started shooting down the stairs,” Lisa said.

Tyler shot and injured Officer James Pittman using what his parents said was his legally owned AK-47 he had for recreation. Lisa said it is impossible her son knew the intruders were police.

“I know my son thought there was an intruder in the house,” she said.

What police found in the home is the reason some critics say police should scale back such “no-knock” operations. They found around 30 grams of drugs in the home, which is just enough to charge someone with a misdemeanor.

APD Lt. David Socha tells KVUE’s Tony Plohetski that investigators weigh whether to raid a house based on several factors, including who lives in a home.

Police and court records state it is impossible Tyler Harrell didn't know police were inside. Officers yelled repeatedly, and outside, announced themselves on a loud speaker.

Socha said investigators have more evidence to back up what they did.

“There's going to be a lot more when this is over that comes to light and I believe it will pretty much explain itself,” he said.

Tyler Harrell is charged with trying to kill a police officer while Officer Pittman is still recovering from what could have been a deadly encounter.