After learning their 4-year-old daughter was diagnosed with an inoperable, cancerous tumor, a local family is sharing their story of strength and hope. 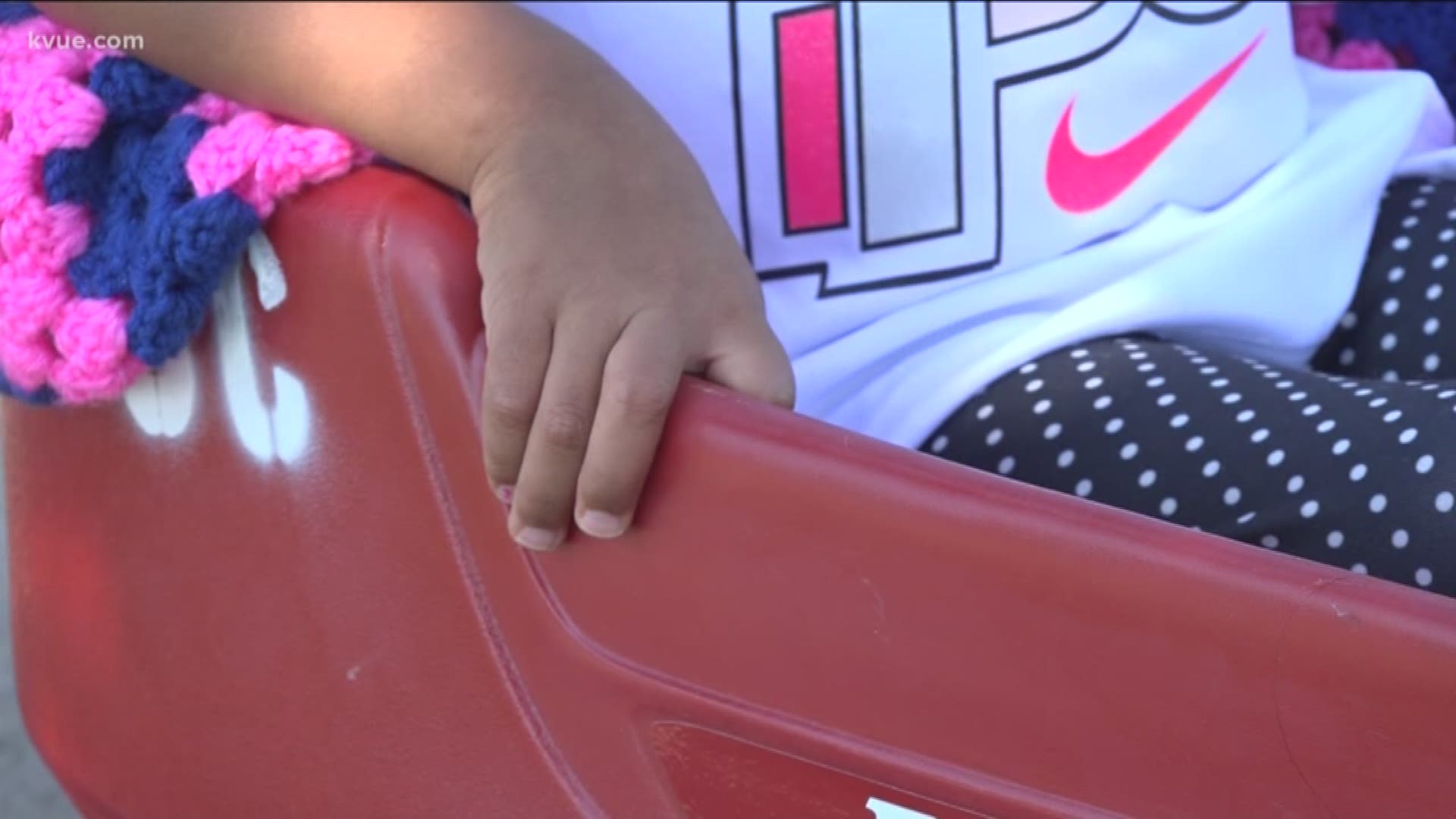 AUSTIN, Texas — An Austin family is calling on the community for help after learning just last week that their four-year-old daughter has an inoperable, cancerous tumor.

Claire Hernandez's parents say doctors have only given them 9 to 15 months left together. However, this isn't the first time little Claire has defied odds, and it's something her parents hope she can do again.

Claire was born at just 27 weeks, and at 18 months was diagnosed with cerebral palsy.

"Claire was not supposed to walk. Claire has defied all the odds," said her mother, April. "We all love taking here wherever she likes to go. Things like Sea World and the beach are her two favorites."

In early May, Claire got sick. At first, her parents believed it was just a cold, but then things took a turn. Claire's symptoms worsened: she became fatigued, had tremors and became unable to walk as well.

Several tests and doctors' visits later, Claire was diagnosed with a diffuse intrinsic pontine glioma, or DIPG, a tumor that starts in the part of the brain that controls breathing, heart rate and nerves and muscles that allow us to see, hear, walk, talk and eat.

"I wouldn't wish this on anybody," said Rey Hernandez, her father. "It's heartbreaking."

Now, Claire is carried and pushed around in a red wagon surrounded by her favorite toys. She wears a pink cape that reads, "Tiny but Mighty #CourageousClaire FIGHT TO CURE DIPG"

She has two older brothers, Logan and Gavin. Their parents shared that the two young boys have been strong for their baby sister throughout the process.

Despite learning about their projected short time together, the Hernandez family is remaining hopeful and aims to spread awareness of DIPG for other families so that they know they're not alone through the help of a Facebook gorup called "Courageous Claire."

A cancer treatment that keeps patients close to home

"We want to be with our daughter, we want to spend time with her and we want to bring awareness to DIPG. It's something that we were told was a rare form of brain cancer in children and something no children should have to go through," April Hernandez said. "Claire is courageous. She has defied all odds and we're keeping our faith and hoping that we do defy all odds and that our courageous Claire brings us a miracle again."

The page was founded by a family friend. Since it was created just last week, it has already garnered the support of more than 360 members who continue to offer prayers and messages of hope for the Hernandez family.

Belinda Swan is a family friend and proud member. Her daughter, Simone, and Claire were born at the same hospital just two days apart. They stayed in the same NICU. The Swan and Hernandez families have been friends ever since.

"In times like this I think it's important to focus on those who need our help and to try and help in any way I can," Swan said. "Instead of dwelling in all the negatives, they [Hernandez family] want to bring awareness to this horrible disease and use #CourageousClaire as a light to help other children fighting through this as well."

The Hernandez family said Dell Children's Medical Center will likely become their "home away from home," over the next several months. The family will be taking a trip to Disney World for Claire next month through Make-A-Wish.

The family has also set up a Go-Fund-Me page to help them as they prepare to take off work to help make Claire comfortable in the coming months.

If you would like to read more about the family's mission and to donate to their GoFundMe, click here.