Family fears son was targeted by cult in Downtown Austin 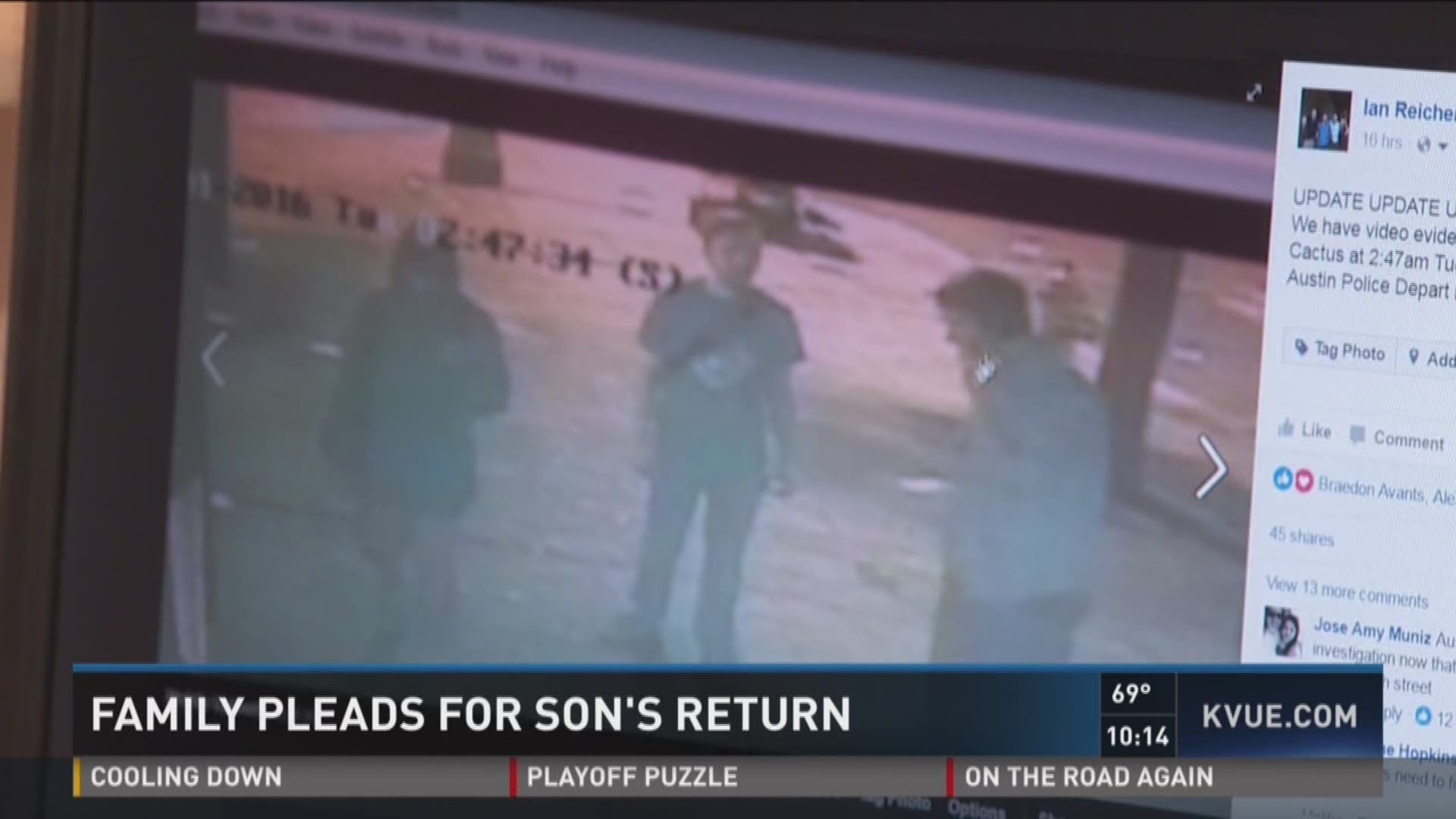 It all started on Halloween night when 27-year-old Jordan Reichenberger told his family he was going to Downtown Austin to preach the Bible.

It was something Jordan regularly did with the organization Jesus Crew, according to his brother, Ian Reichenberger.

"On Sunday he mentioned to my grandma 'Hey pray for me Monday night.’ She said ‘why?’ He said ‘Halloween, I'm going downtown for Jesus Crew,’” Ian explained.

Several days later, however, Ian got a text from his dad that would change his whole world.

Panicked and fearing the worst, the family sprang into action, calling the Georgetown Police Department. Detectives were able to track his phone.

"His phone had pinged at 5:30 a.m. (Tuesday) outside of Dime Box, Texas,” said Ian. Dime Box is a city in East Texas about an hour outside of Austin.
At the same time, Ian and his family began looking for video from bars and restaurants in Downtown Austin to see if they could confirm that Jordan had made it to Sixth Street Monday night.

Thanks to Iron Cactus, they found Jordan on camera walking with another man after the bars closed.

Ian searched through other videos posted on YouTube for any sighting of Jordan or the man in plaid and found one from a live video stream uploaded to YouTube.

"When I explained to Dottie that my brother left with a man in a plaid shirt, she said 'oh no, that sounds like the Church of Wells,'” said Ian.

The Church of Wells in East Texas has made national headlines before. An Arkansas family claimed their daughter Catherine Grove was brainwashed by the church.

Many have accused the Church of Wells as operating like a cult. Often, their members are cut off from friends and family if they do not support the church’s teachings.

Jordan's family's fears were confirmed on Thursday when they finally heard from him.

According to Ian, Jordan told him over the phone that “I don't think it's my time to leave yet” when Ian pleaded with him to return home.

Jordan also sent a text to several people that read “Do not fear for me my friend. I have decided to follow Jesus and forsake all; please forgive any pain or grief I have caused you.”

Now when Ian or his family tries to reach Jordan by phone, they get a message saying his voicemail is full and cannot accept any more messages.

Ian is praying that his brother hears their pleas and returns home.

"We love you, we miss you, we want you back Jordan."

The Sheriff in Wells, Texas checked on Jordan Thursday evening but told the family that because he is an adult and does not appear to be harmed, there is nothing they can do to forcibly bring him home.

To read more about the Church of Wells, click here.