Westbound RM 2222 in Northwest Austin was forced to close after rocks fell onto the roadway amid heavy rains Wednesday. 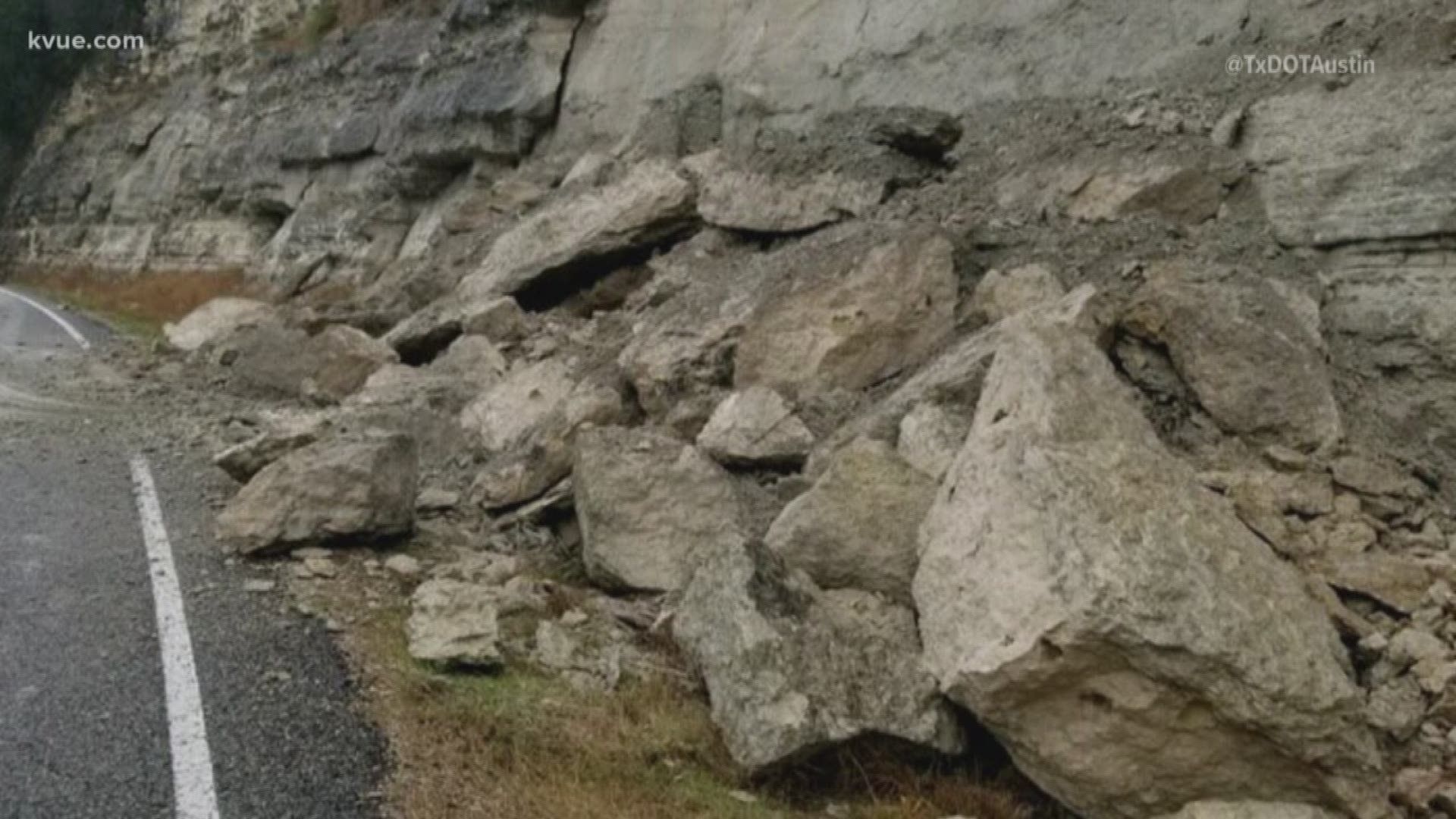 The Texas Department of Transportation reported the slide around 2:34 p.m. near Paradox Cove. TxDOT said the westbound lane of RM 2222 was forced to close as crews worked to clear debris.

Fallen rocks have closed this right lane on RM 2222, west of Paradox Cove. @TxDOTAustin crews have put these traffic drums to keep drivers away from the rocks. Blink and you’ll miss the rocks! @KVUE pic.twitter.com/c9IrJ33wQG

Officials said that, due to the ongoing rain, they could not safely reopen the lane immediately.

TRAFFIC ALERT: The right lane of WB RM 2222, west of Paradox Cove, is closed to traffic due to falling rocks. Crews are in the process of clearing debris, but because of the ongoing rain the lane will not reopen immediately. Plan accordingly. #atxtraffic #BeSafeDriveSmart pic.twitter.com/Tpj9VRlgKS