Two years after the deadliest hot air balloon crash in American history happened in Lockhart, the leader of the National Transportation Safety Board says more needs to be done. 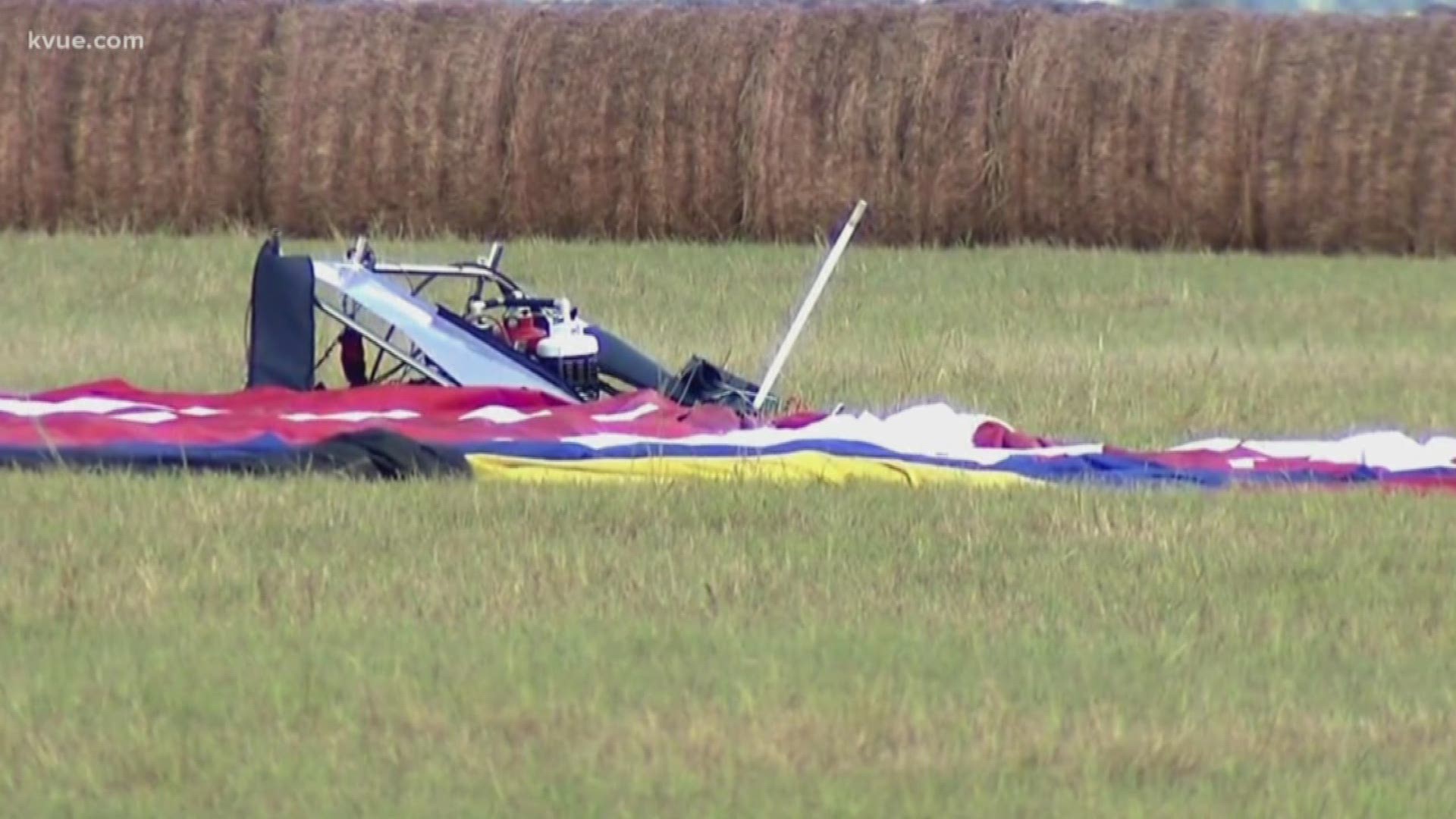 LOCKHART, Texas — It's been two years since the deadliest hot air balloon crash in American history happened in Lockhart, Texas. Now, the leader of the National Transportation Safety Board (NTSB) is sounding the alarm again.

On July 30, 2016, a hot air balloon with the company, Heart of Texas Hot Air Balloon Rides, in Caldwell County hit power lines before catching on fire and killing all 16 people on board.

NTSB chairman Robert Sumwalt wrote a blog post Monday about what hasn't been done since the accident. This balloon crash killed 16 people back in 2016. Afterward, investigators found that the pilot had prior drug and alcohol convictions. That disqualified him from flying a plane -- but not a balloon, since the Federal Aviation Administration (FAA) requires medical fitness certificates for some pilots but not people who operate hot air balloons.

Deadly hot air balloon crash in Lockhart: What we know so far

In his blog post, Sumwalt talks about how he was optimistic the FAA would change that rule, but wrote, "Sadly, it appears that optimism was misplaced. Two years after the Lockhart tragedy, and nearly 10 months after we issued this recommendation, we still haven't received any indication that the FAA plans to require commercial balloon pilots to hold valid medical certificates. The FAA should act. The victims of this horrible accident and their families deserve nothing less, and future balloon passengers deserve better."

At the time of the crash, Sumwalt said the NTSB's biggest goal is to prevent future accidents. Congressional leaders in the House of Representatives did pass a bill that would change FAA regulations so balloon pilots would have to get medical certificates. That was part of an FAA reauthorization bill passed in April. As of now, though, the Senate still has yet to talk about that bill.

Sumwalt was a pilot for 32 years, including 24 years with major American airline companies. He has been a board member of the NTSB since 2006. If you would like to read more from this blog post, you can check out the article here.