EXCLUSIVE: KVUE takes a behind the scenes look at an innovative new park in Downtown Austin

It's an 11-acre property between 12th Street and 15th Street. 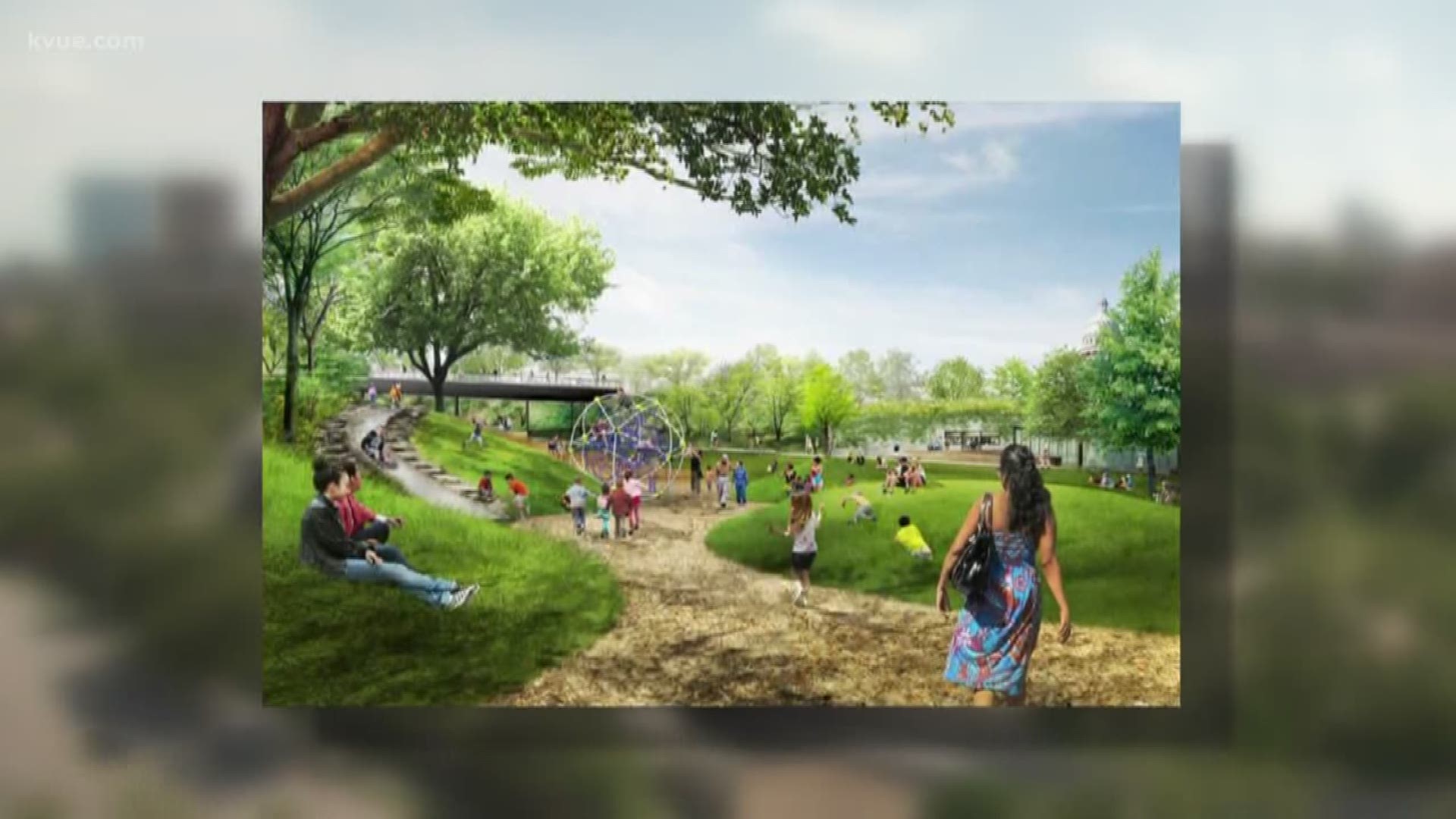 AUSTIN, Texas — The designers behind some of the most innovative green spaces across the country are in the middle of working on a new, creative park in the heart of Downtown Austin.

Waterloo Park has been closed to the public since 2011, but KVUE got a behind the scenes look at phase 1 of the remodel, which began in late 2017 and is finishing up before phase 2 gets underway.

It's an 11-acre property between 12th Street and 15th Street.

"We'll have a great tree canopy over us, so we'll have a little more shade than we have today, and this will be the top of an elevated lawn,” said John Rigdon, Director of Design for Waller Creek Conservancy.

The Waller Creek Conservancy is overseeing the project in a partnership with City of Austin.

Phase one of the Waterloo Park renovations include what’s called a “flying lawn.”

It’s a concrete overhang that protects part of Waller Creek and allows for more space within the park. The concrete will be covered with grass and greenery as a place to relax and play.

There will also be an amphitheater with space for 5,000 people. Called the Moody Amphitheater, it will allow the park to host plays and concerts.

"People will be sitting here reading a book, enjoying lunch or perhaps taking on a concert or cultural event,” said Rigdon.

The park was designed with families in mind.

"We also have a real lack of children's and family activities downtown, so we're going to create playscapes with a focus on nature-based play here as well,” explained Rigdon.

Waterloo Park should be finished and back open to the public in 2020.