Escott was originally appointed to the interim health authority position in October 2019. 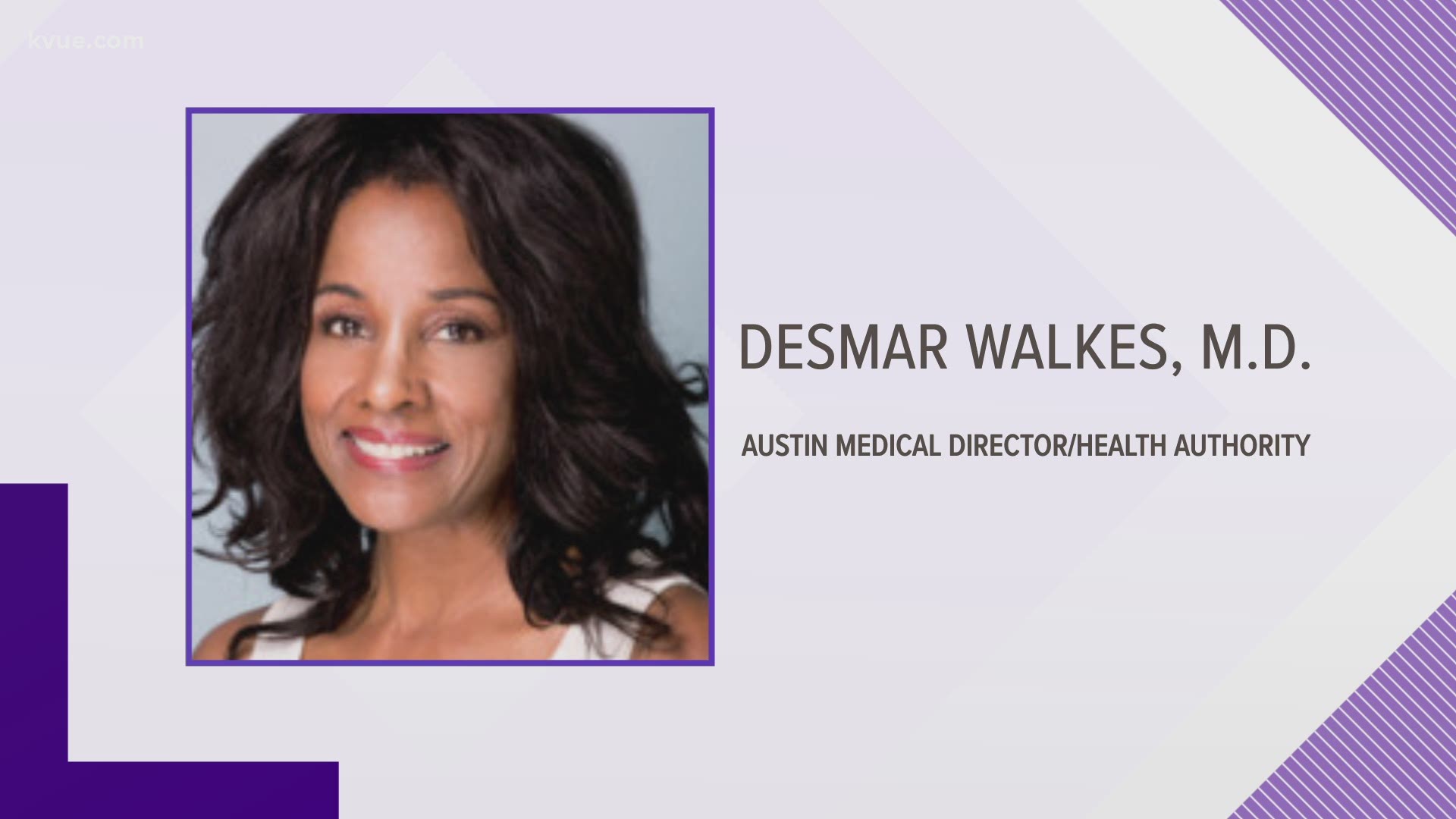 According to KVUE's media partners at the Austin American-Statesman, the letter states that Escott will end his interim role as county health authority to "fully engage" in his new role as the chief medical officer.

"In this role, I am excited to provide strategic alignment and oversight of the clinical services within the City of Austin while expanding upon the many health care partnerships that have been strengthened during the pandemic," Escott said in the letter, according to the Statesman. "I look forward to continuing to work with you and the new Health Authority to bridge the gaps in the availability of affordable health care and ensure that we address the deep disparities that persist in the impact of disease and injury in our community."

The Statesman reports that Escott is expected to continue serving as the interim health authority until May 31.

Escott was originally appointed to the interim position in October 2019, according to the Statesman, and his role was extended five months later in March 2020 as the COVID-19 pandemic ramped up in the Austin area.

Less than two weeks ago, the City of Austin announced that Austin Public Health Director Stephanie Hayden-Howard has been named the next assistant city manager for Health & Environment and Culture & Lifelong Learning. Hayden-Howard starts her new position on Monday, and current APH Assistant Director Adrienne Sturrup is temporarily serving as the interim APH director.

The City of Austin has named Desmar Walkes, M.D., as the next medical director and health authority. Her first day on the job will be May 31.

“I’m honored to be joining the Austin Public Health team and look forward to the challenges and opportunities ahead as the next Medical Director and Health Authority for the City of Austin and Travis County,” said Dr. Walkes.

She has 33 years of experience in the field, with past positions in health care as a family practitioner, medical authority, medical director, and in administrative medicine. She earned a bachelor's degree in biology with honors from Acadia University in Nova Scotia, Canada, and her medical doctor degree from the University of Texas Medical Branch in Galveston. She held a surgical internship at Baylor College of Medicine and has also participated in medical mission trips to Central and South America, Asia and Africa.

Dr. Walkes has also served as the local health authority for Bastrop County since 2007. She has been a leader in Bastrop's COVID-19 response and vaccine distribution and has also been a part of Bastrop's Emergency Operations Center. Additionally, she has served as the director of a multi-specialty outpatient clinic accredited by the Joint Commission on Accreditation of Healthcare Organizations (JACHO).

“I’m so happy to have Dr. Walkes join our team as the next Medical Director for Austin Public Health and Health Authority for Austin and Travis County,” said Hayden-Howard. “Her 33 years of experience in health care as a family practitioner, medical authority, medical director and in administrative medicine make her a valuable asset to APH’s high-performing, collaborative executive team which is dedicated to providing state-of-the-art public health services.”