The death of Elijah McClain brought many new voices and faces together in the fight for justice. 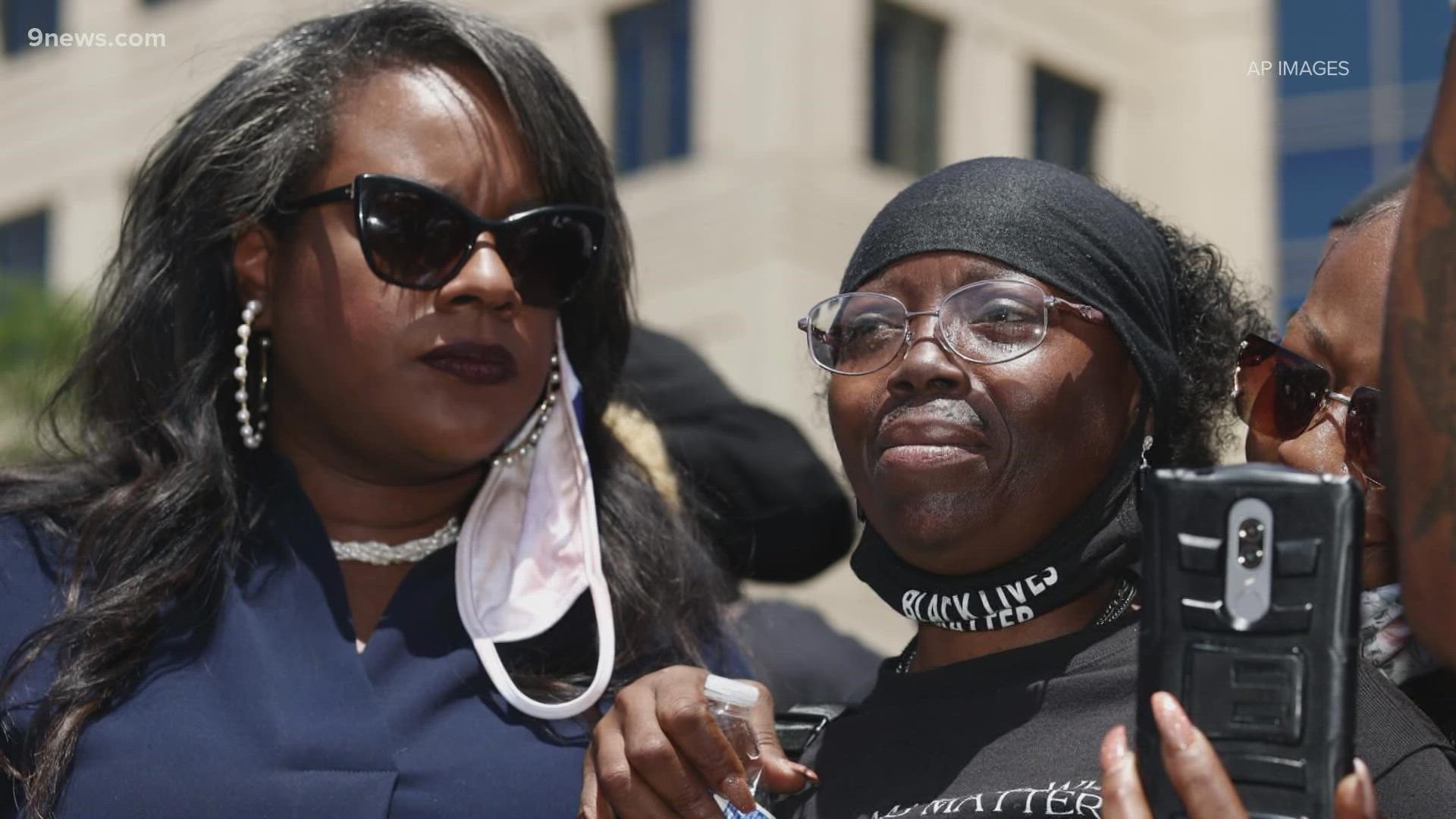 AURORA, Colo — The death of Elijah McClain brought many new voices and faces together in the fight for justice. Many people assured his family they would fight for justice, including lawmakers.

“We're not divided. Give peace a chance, because it really does work,” Elijah’s mother, Sheneen McClain, said.

Sheneen McClain said those words at a protest in Denver on June 27, 2020. That day marked a new beginning for Sheneen and Colorado Rep. Leslie Herod.

“It took courage for her to stand up in one of those first protests literally when I was speaking and take the megaphone and say, ‘Why aren’t you fighting for my son?’ And I looked at her and said, 'You’re right,'” Herod said.

>Watch the video below for reaction from Sheneen McClain.

Elijah’s name became a staple in the streets of Denver and across the country.

From the moment he died at the hands of law enforcement and paramedics on August 24, 2019, his mother hoped for justice.

But it’s not something everyone expected, including Herod.

“I’m never expecting justice to be brought down, to be honest with you,” Herod said.

The first step came down Wednesday morning, as Colorado Attorney General Phil Weiser announced a 32-count indictment against the five who played a role in Elijah’s death.

Elijah died at the age of 23. Since then, three bills were passed that prevent the use of ketamine and carotid holds.

They're all bills Herod sponsored with hopes of preventing this from happening again.

“You know we can’t have glee, but what we can have is hope. Hope that change is coming, hope that change is here for Colorado and hopefully across the country. That no mother will have to face this situation never again,” Herod said.

RELATED: The death of Elijah McClain: A timeline of events

Herod said this indictment reaffirms her commitment to justice as a Black woman, but there’s still more work to be done on a path to reform.

“I think we need to continue to strengthen the special investigation powers that we have here in Colorado and also make sure there is citizen oversight,” Herod said.

But this is the first step to a new beginning, the same beginning these two women formed more than a year ago.

“This is a really powerful day, and if I say that I wasn’t emotional, that wouldn’t be true. It’s a very emotional day. And after speaking with Sheneen and really thinking about Elijah and the fact that he had to die for this moment,” Herod said.

Several other Colorado lawmakers are also speaking out after the indictment was handed down.

“Elijah McClain’s death was a tragedy and my thoughts are with his mother, father, friends, and family today. This innocent young man should be here today. I thank Attorney General Phil Weiser and the members of the Grand Jury for their work to hold those responsible accountable. I continue to urge my fellow Coloradans to consider how we can work together to build a better future where everyone can be safe walking home and a Colorado for all.”

“I'm grateful to Colorado Attorney General Phil Weiser for convening the grand jury and seeking equal protection under the law. I want to thank Elijah McClain’s mother, Sheneen, and father, Lawayne, for their perseverance in fighting for justice for their son. More must be done to ensure that this does not happen again, and I will continue to push for change and demand justice for Black men and women in Colorado and across this country.”

“While nothing can bring Elijah McClain back, this is a critical step in ensuring that justice is served on his behalf. I stand with Elijah’s family, friends, and community who mourn his loss. Today we join the community in seeking greater accountability and justice.”

“The tragic death of Elijah McClain was devastating for so many in the Colorado community. While accountability for those involved in his death cannot bring him back, such justice is critical to provide healing for his family and the community. I am grateful to Attorney General Weiser for his work to seek the truth and further the rule of law. While the prosecution for Elijah’s death continues, we also must work to change our laws and ensure a tragedy like this one never happens again. We’ve introduced the Ketamine Restriction Act to federally ban the use of ketamine during arrest or detention for precisely this reason.”

“Today’s indictments of three current and former Aurora officers and two paramedics is the progress toward justice that the McClain family and our communities have waited far too long to see. I am grateful for the thorough investigation by the Attorney General's Office and the Grand Jury. We haven’t seen the end of the road to justice in this case, but today was an important step in that journey.