Elementary students at Manor, Leander ISD to have 'guaranteed' recess

A new policy at Manor and Leander ISD requires students to have 20 to 30 minutes of recess each day, in addition to the 135 minutes of physical education they receive each week. 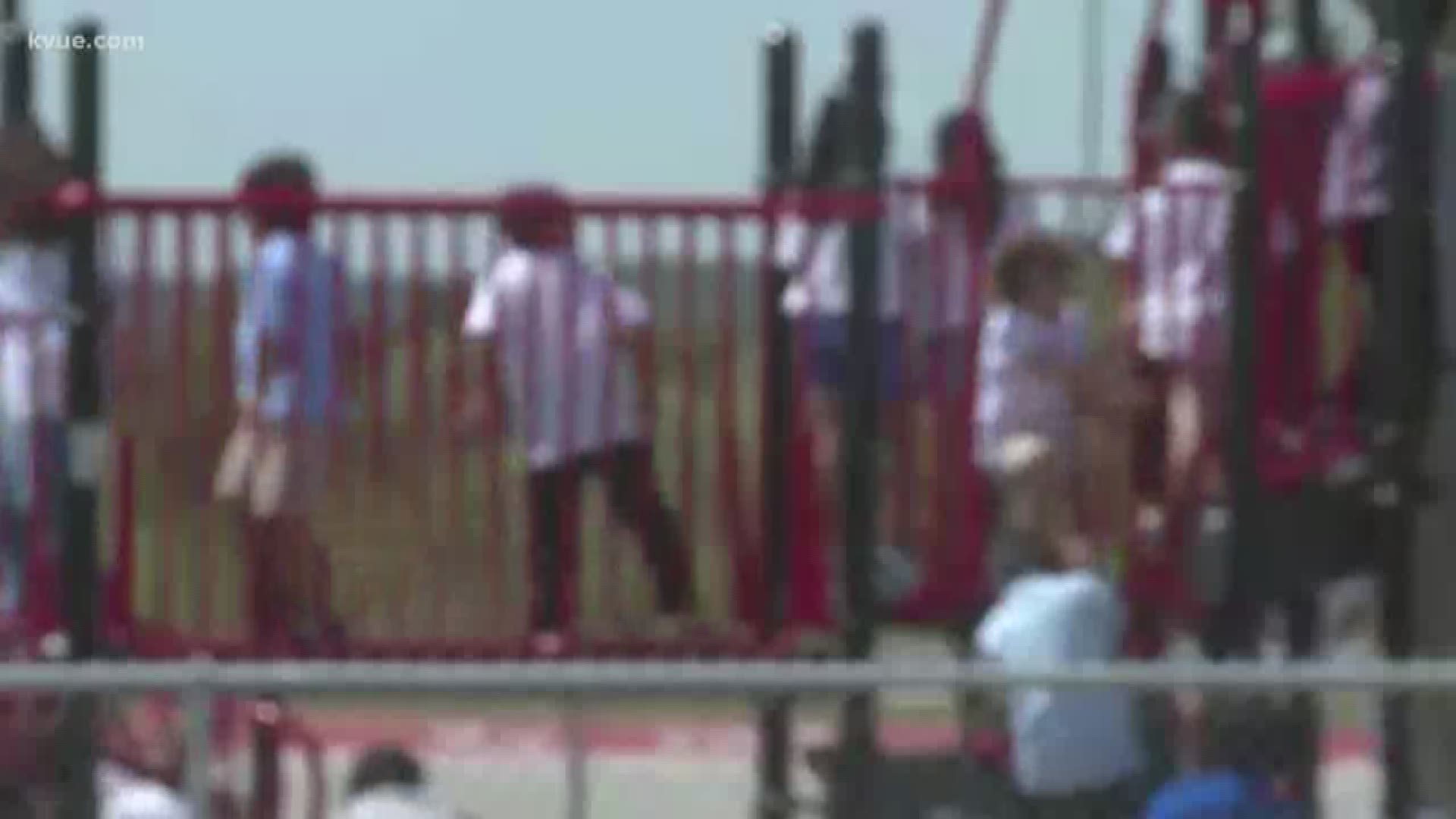 CENTRAL TEXAS — Elementary students at the Leander and Manor Independent School Districts can now head back to school with something new to look forward to -- recess.

The two school districts have adopted policies, led by the Central Health Equity Policy Council, that require students to have 20 to 30 minutes of supervised recess each day. The new recess policy is in addition to the 135 minutes of physical education the students receive each week.

According to Central Health, before this policy was adopted, students weren't required to have recess every day.

"I like running and playing around,” said Manor ISD 2nd grader Faith Lakin.

For Lakin, recess is a fun time to see her friends.

"We always want to play together,” said Lakin.

"Research says that kids need to have a little time to socialize, to be able to have fun, and really not just be so rigorous in the classroom,” said Manor ISD Superintendent Royce Avery.

It's part of a region-wide push from the Central Health Equity Policy Council.

"Recess time does get taken away for punitive reasons, or test prep. And so by adopting a district-wide policy, recess time can't be taken away,” said Megan Cermak with Central Health.

"One disparity that we identified is that low income students have less access to recess time throughout the school day than kids in higher income districts,” said Cermak.

“By implementing a recess policy, our schools can help prevent chronic diseases and promote healthy habits for the overall well-being of our students,” said Michael Perkins, executive director of curriculum and instruction at Manor ISD. “Research shows that during unstructured recess, children improve their physical, social, emotional and cognitive health.”

"Our board of trustees you know really took that bold step to say research is important. We're going to protect that time,” said Avery.

"I was so excited to hear that we were getting 10 extra minutes for recess,” said Caitlin Lowery, a 2nd grade teacher at Lagos Elementary in Manor.

Lowery said the students got 10 minutes of recess each day in 2017. It's 20 minutes now and she's already seen a difference.

"What we're finding this year is because of the longer recess time, when we come back into the classroom, we can come back focused, and ready to learn,” said Lowery.

In addition to working out the wiggles, Cermak said recess helps prevent obesity and diabetes, as well as boosting emotional and social health.

"We're also giving them time to make friends and build relationships, which help us work together as a team in the classroom,” said Lowery.

According to Cermak, Austin ISD, Pflugerville, Del Valle, and Hays districts already have a policy in place.

Central Health said recess also serves as an opportunity for children to interact with each other to stimulate problem-solving and creative thinking strategies that improve listening, attention, concentration and test scores.