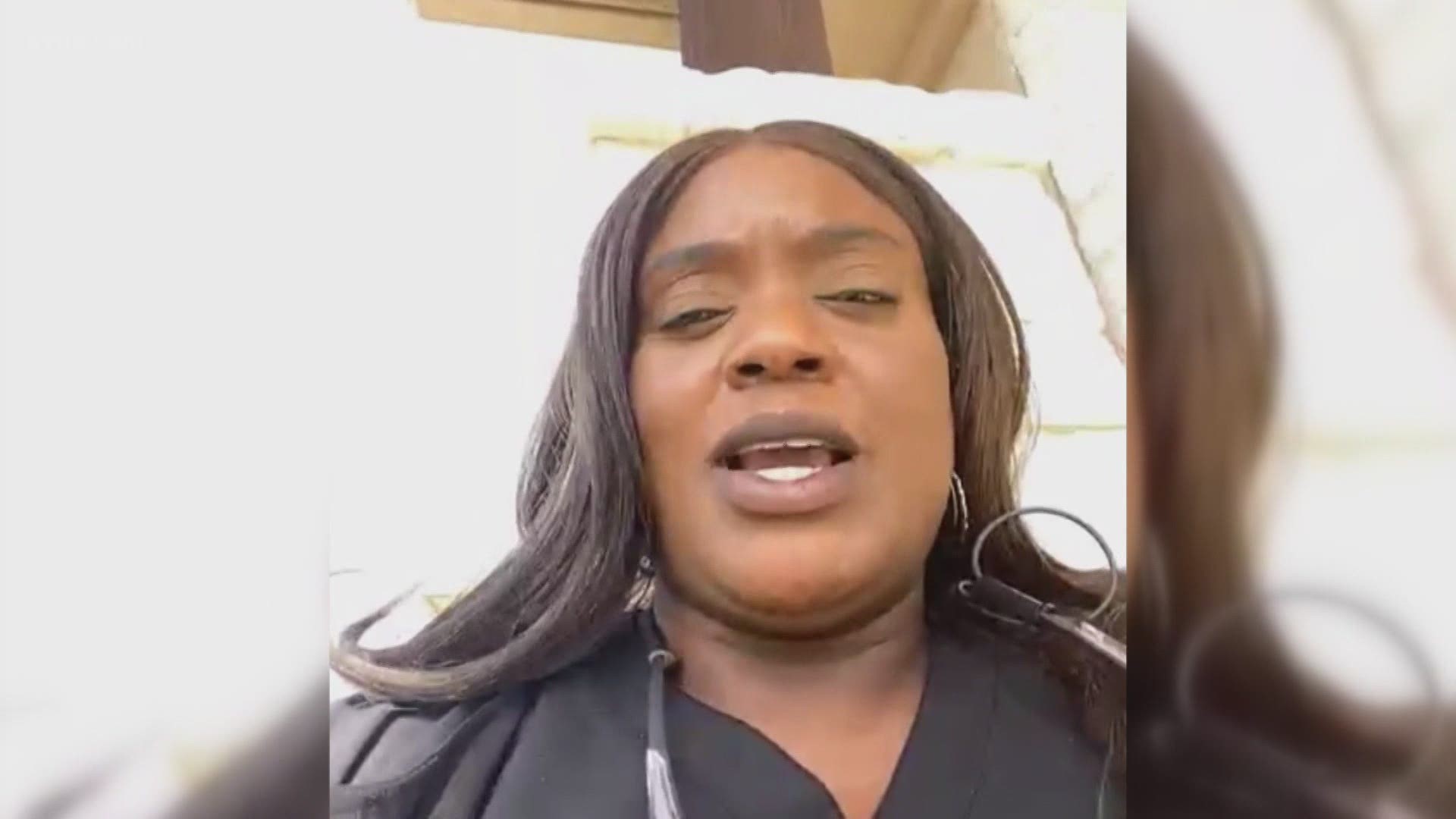 WILLIAMSON COUNTY, Texas — The family of Javier Ambler, a man who died in March 2019 after Williamson County deputies chased him in a pursuit that started when he failed to dim his headlights, filed a lawsuit in October against Williamson County.

The suit makes multiple allegations about the Williamson County Sheriff's Office and also Sheriff Robert Chody, who lost reelection on Tuesday to Mike Gleason amid an indictment related to the Ambler case.

Gleason had 56% of the vote, while Chody earned 44%, with all precincts reporting. Gleason is the first Democrat to hold a county-wide office in Williamson County in more than 20 years.

Kimberly Jones, Javier Ambler's sister, spoke with KVUE on Wednesday about the Ambler family's reaction to the election result.

Here's a look at their conversation:

Plohetski: What was your reaction (to the results of the Williamson County Sheriff race)?

Jones: It was a lot of anxiety, obviously waiting, but it was a lot of relief also. I don't think I was too surprised. I felt like it was going to go the way it went. And I felt like the people, Williamson County, the community, they deserve that. They deserve to have a good leader there in their community to help serve and protect them the correct way. So, I was very happy with the end result.

Plohetski: You and your family have been fighting for months for change in Williamson County. What type of change do you want to see under the direction of Mike Gleason?

Jones: I just want somebody that is honest, someone that is passionate about their job and wants to do it the correct way, someone that's not being sneaky ... [Zoom call connection breaks up] ... for publicity have to go into the sheriff's office and give it a better name. I want his employees to be able to hold him accountable for what he's supposed to do for them and just to make the sheriff's office a better place. When you hear about Williamson County, you never hear anything good. It's always a bad name attached to it. And I don't think that's fair for the people that are there that are good, you know? And they deserve to have somebody there to lead them in the right direction. So I'm hoping that's what Mike Gleason is going to do. He's going to serve and protect like he agreed to. But do it the right way. Don't do it just so you have the title of sheriff, but do you want to do.

Plohetski: You said you were really not surprised. I think a lot of people were surprised at the gap between the votes for those two candidates. Why were you not that surprised?

Jones: I mean, I feel like at this point, people ... you could be a Democrat, you can be a Republican, but at the end of the day, you need to be a person. You need to be a human. You need to have compassion. You have to do things and treat people the way you want to be treated. And I feel like people in Williamson County were fed up with that not being the case with the current sheriff. And it didn't matter if he was a Republican. It didn't matter that Mike Gleason was a Democrat. It matters at this point, who's going to do the job the way that it should be done and honor the people of Williamson County the way that they should be. And I think that's the reason I wasn't surprised, because there's too many people in Williamson County that didn't agree with the way things were being ran there and their voices were being heard.

Javier Ambler mural to be unveiled at Home Slice Pizza

Plohetski: What does it say to you about the power of the vote and people having their voices heard?

Jones: I mean, it goes to show you that it really does work. So many people are like, 'My vote doesn't matter. My opinion doesn't matter.' This right here is a perfect example of how it does. Williamson County has been a conservative county for as long as you can remember, and they voted for a Democrat to take over the sheriff's office. That's because they use their voice. So voting works. And I hope people see that.

Plohetski: How are your parents doing and what was their reaction to the news last night?

Jones: They're doing good. Of course, they felt the same way I did. I spoke with my mom last night before I went to bed, and we both were pleased. This is what we're looking for. We don't want any other families to have to deal with what we've had to deal with. And I feel like this is the start. This is a start to get good law enforcement in Williamson County and do the right thing, you know? I don't want anyone to say, like, 'Oh, I'm not about defunding the police. I'm not about all police are bad.' None of that. We just need to have the right ones in the right position that's going to do their job the right way.

KVUE aired a special report regarding Chody's indictment, as well as previous controversies related to the WCSO. Watch it here or below: