Breaking down the numbers: Vote count officially finalized in Travis County for 2020 election 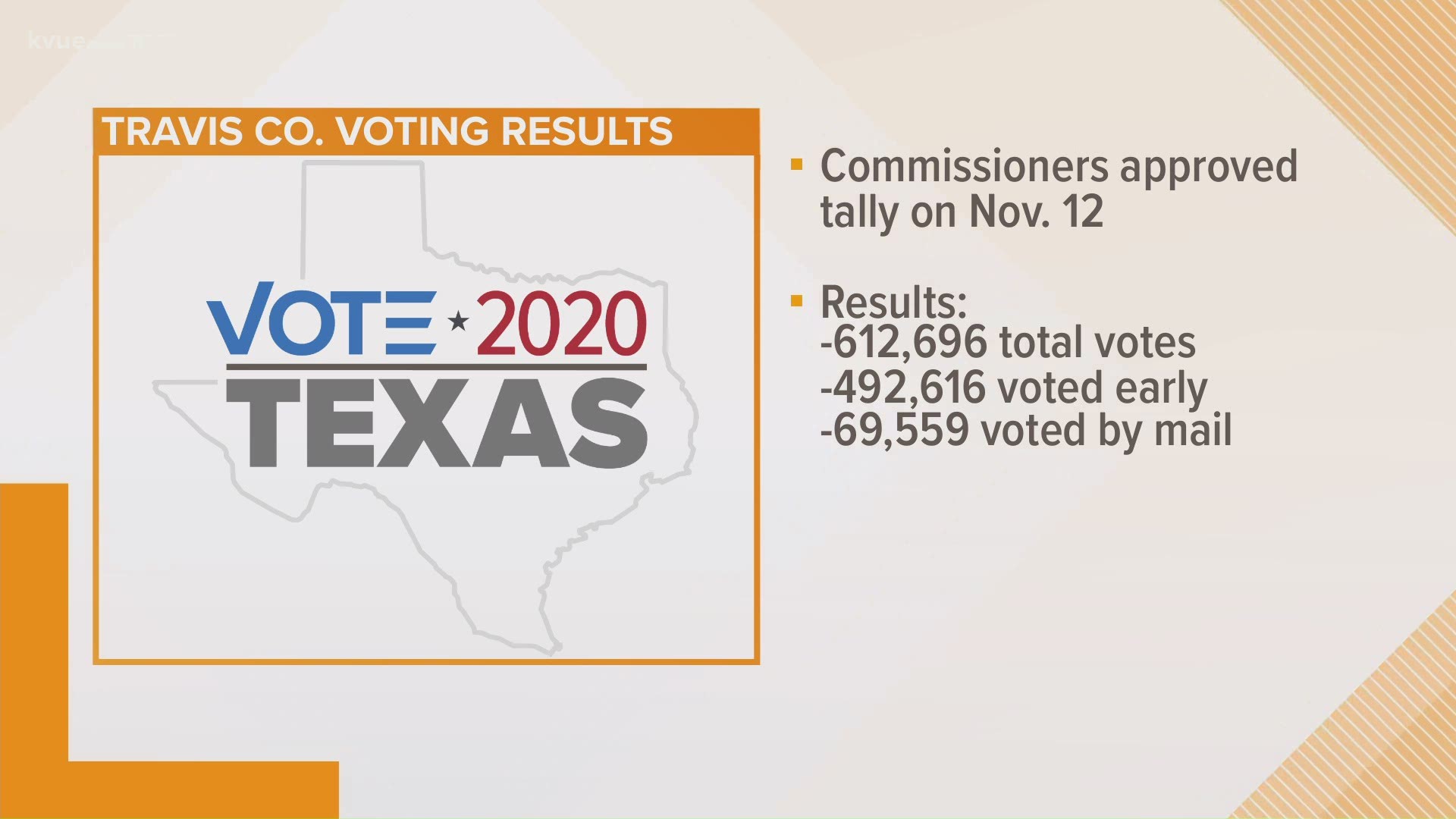 AUSTIN, Texas — The final 2020 election vote count is in for Travis County.

More than 612,600 people voted in Travis County this November election. That's about 71% of eligible voters.

"That's the biggest turnout by mail we have ever had," Travis County Clerk Dana DeBeauvoir said during the meeting the Travis County Commissioners Court meeting.

In Travis County, 72% of voters cast their ballot for President-elect Joe Biden. Williamson and Hays counties flipped from red to blue in the presidential election.

RELATED: How some Texas counties flipped during the 2020 presidential election

The 18 to 34 age group turned out to vote in person in an amount that was the largest category of voters, 50% higher than the next age group, which was 50 to 64 year olds. The lowest in-person turnout of voters was among the 65 and up age group.

DeBeauvoir said the facility was built about six years ago, and she said the arrangement for poll watchers and the media in the Travis County vote-count process was agreed upon for several years, up until this past election process in 2020.

"Nobody had any problems, in fact, everybody loved our arrangement," she said. "Up until just this past year, and suddenly, there was a problem that poll watchers said they couldn't see."

She said that, keeping with COVID-19 safety guidelines, she did make accommodations for the two poll watchers who she said continued to complain.

The Travis County Supreme Court later declined to take up the cases regarding poll watching in the state.

Meanwhile, there are still some states counting ballots as of Nov. 13. ABC News is projecting that President-elect Joe Biden will win Arizona. That's the first time Arizona has gone blue since the 1990s.

Austin-area hospitals are 'much better positioned' than they were at the beginning of the pandemic, doctor says