An executive order issued May 21 lifted the restrictions.

The restrictions, which were put in place at the end of March to stop the spread of COVID-19, required travelers from Washington, California, New York, New Jersey, Connecticut, Chicago, Atlanta, Detroit and Miami to quarantine for 14 days after arriving in Texas.

Gov. Abbott had specifically targeted those areas because they were "experiencing substantial community spread of COVID-19."

Travelers taking part in a mandatory self-quarantine are also no longer required to do so, according to the executive order.

Gov. Abbott lifted the restrictions as part of his administration's plan to safely and strategically reopen Texas.

The announcement came just before Memorial Day weekend, which is expected to bring the highest number of air travelers to Austin's airport in several weeks.

In mid-April, only about 600 people flew out of Austin. This week, numbers are back up to anywhere between 1,600 and 2,200, and those numbers are expected to be even higher over the holiday weekend.

Southwest Airlines, which had the most passengers out of Austin's airport in 2019, is now using an electrostatic disinfectant spray on airplanes and requiring face coverings on board.

Several other airlines have started similar measures to ensure health and safety while flying.

You can read the full executive order below. 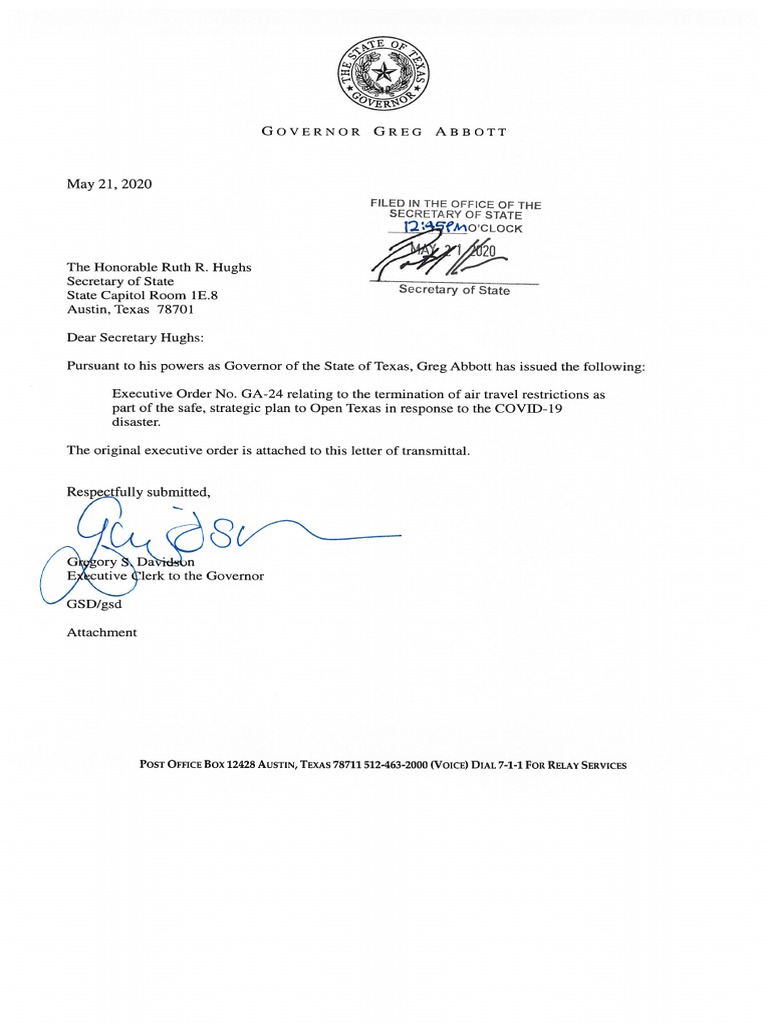