In the Whisper Valley community, solar and geothermal technologies are bringing down residents' utility bills. 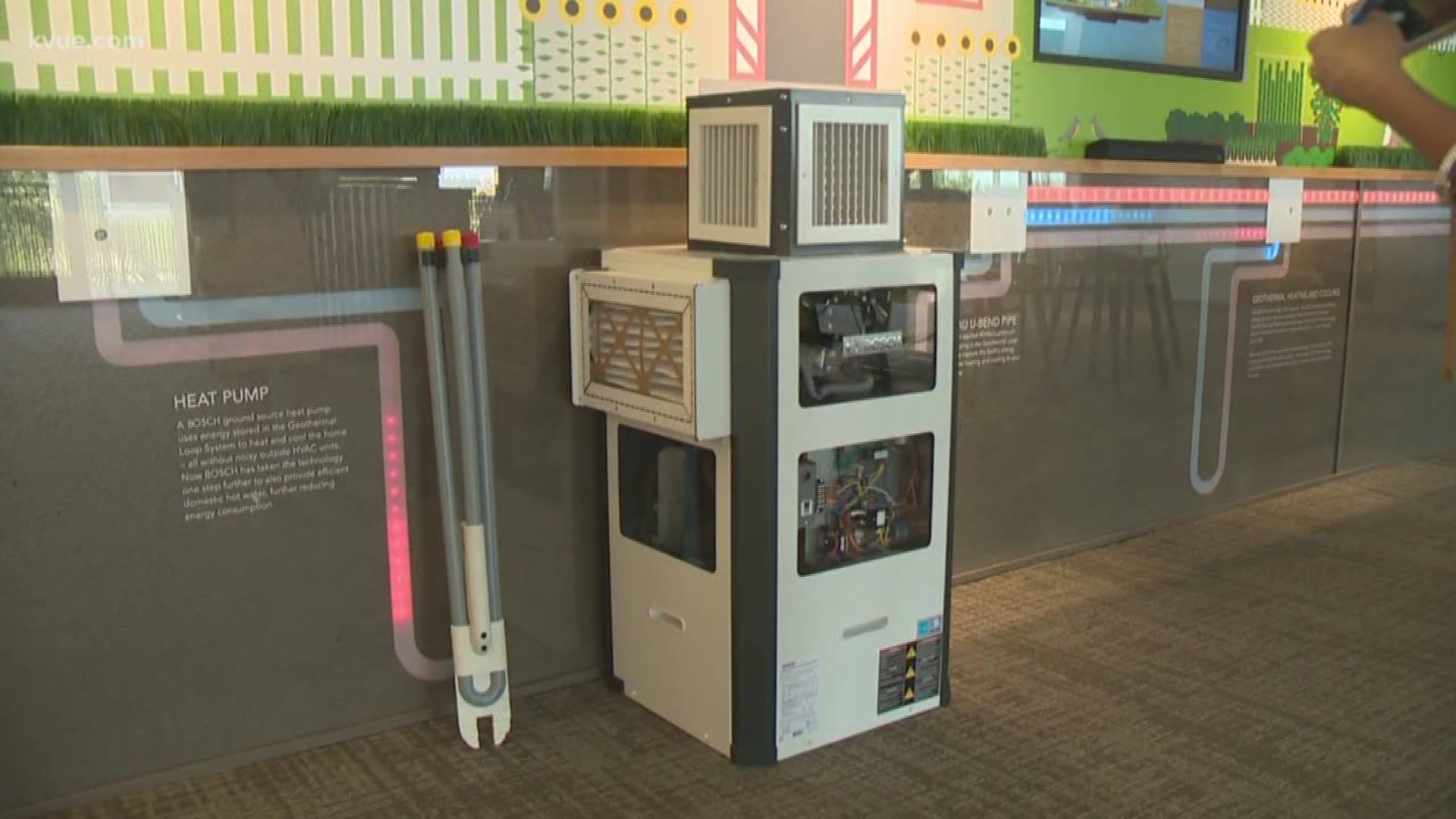 AUSTIN — You won't meet too many people who are enjoying the triple-digit temperatures that have blasted Central Texas.

But people in the Whisper Valley community in East Travis County near FM 973 don't mind at all, thanks to solar and geothermal technologies.

On every street, on every home, solar panels dot every roof of the homes in the eco-friendly development. Underneath one of these solar-paneled roofs, Tanya Wells makes peanut energy balls with her 5-year-old-son, Morgan.

"We wanted my son to grow up in a neighborhood where you think about the environment and be energy efficient," Wells said.

That's why Wells and her husband picked Whisper Valley when she moved from Kentucky last year.

"I'm not anxious about getting my electric bill at the end of the month at all," she said.

That's because homes at Whisper Valley also include a geothermal heating and cooling system, which is where a heat pump releases heat into the underground.

"Think about these pipes go 360 feet deep under the ground and water is circulating between that heat pump and that underground piping and it's simply releasing heating into the underground, and because the temperature of the underground is always the same in Austin, between 75 and 80 degrees here in Austin, we have a very reliable and low energy demand system in cooling homes," Lerche said.

The combination of geothermal and solar technologies increases the energy efficiency by some 60 percent. That's not including the smaller details like drought-resistant landscaping.

For Wells, it's another lesson to teach her little man.

"We're just trying to show him even though we are just one little family, you just do what you can and I feel like living in this neighborhood is doing what we can to help the environment," Wells said.

Reducing their carbon footprint, no matter how small they are.