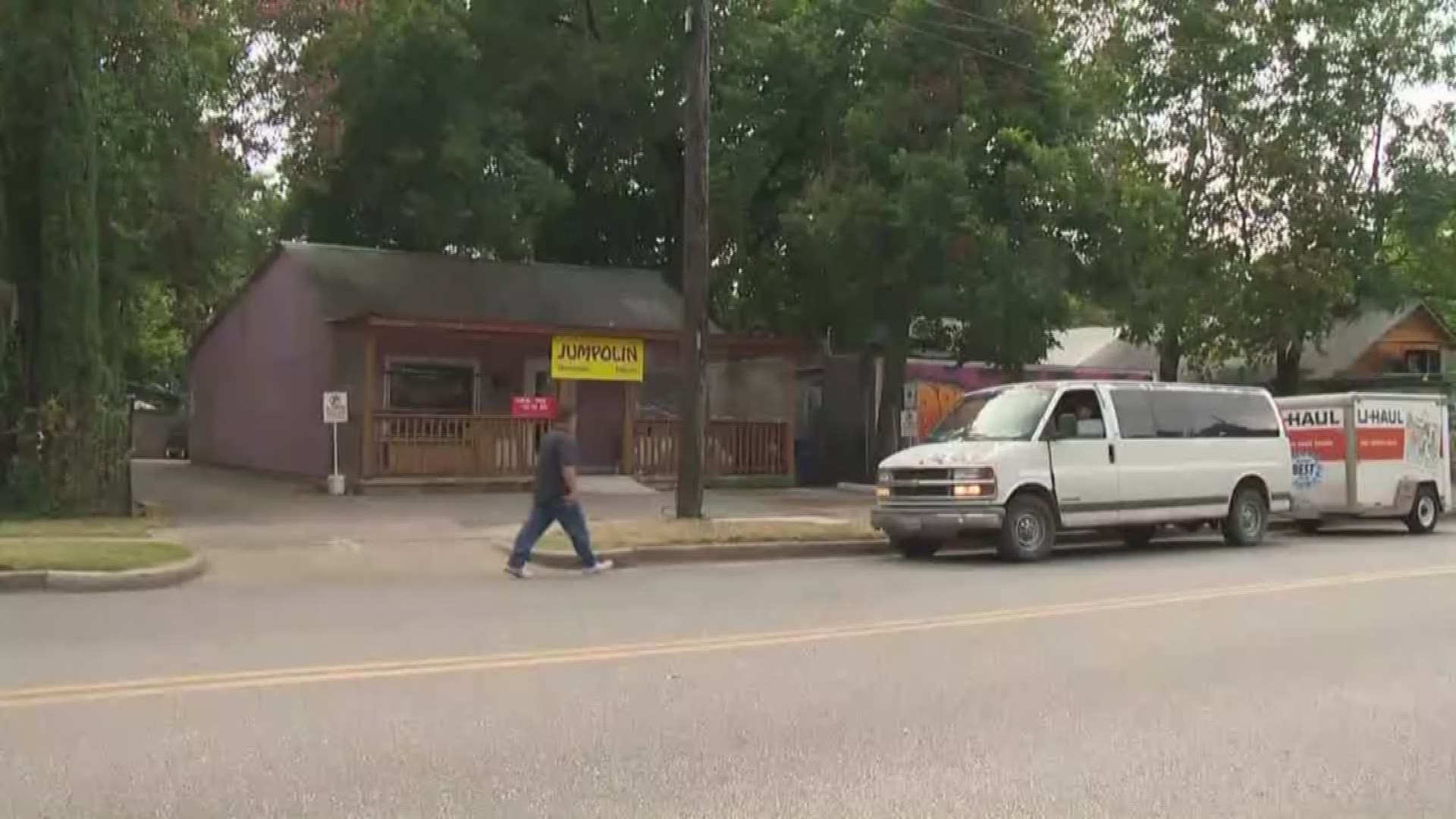 The business made national headlines in Feb. 2015 when the landlord demolished the store to make room for the now popular Blue Cat Cafe.

Not long after, protests broke out with many calling the action a form of gentrification.

Now, the owners have a new spot to set up shop on Cesar Chavez where work continues to be done on the building.

A crew was there Saturday afternoon trimming the greenery, painting and starting the beginning phases for the new store.

Owners Monica and Sergio Lajarazu are gearing up over the next few weeks.

They say Saturday was all about maintenance -- products and supplies haven't even made it to the store just yet.

All that will be handled Monday, when the couple will open reservations for rentals for their moonwalks and take down orders.

When the business was demolished in 2015, the Lajarazus said were not notified for the demolition of their store -- while the landlords said the opposite.

Months later, it was reported that both sides reached a "mutual resolution...and agreed to keep the terms private."

Since, the business has operated at temporary locations, so this current building is under a new official lease with a new landlord.

Jumpolin will have the official grand opening Aug. 22.