This broken down East Austin home is definitely what you'd call a "fixer-upper," and it can only be bought with cryptocurrency. 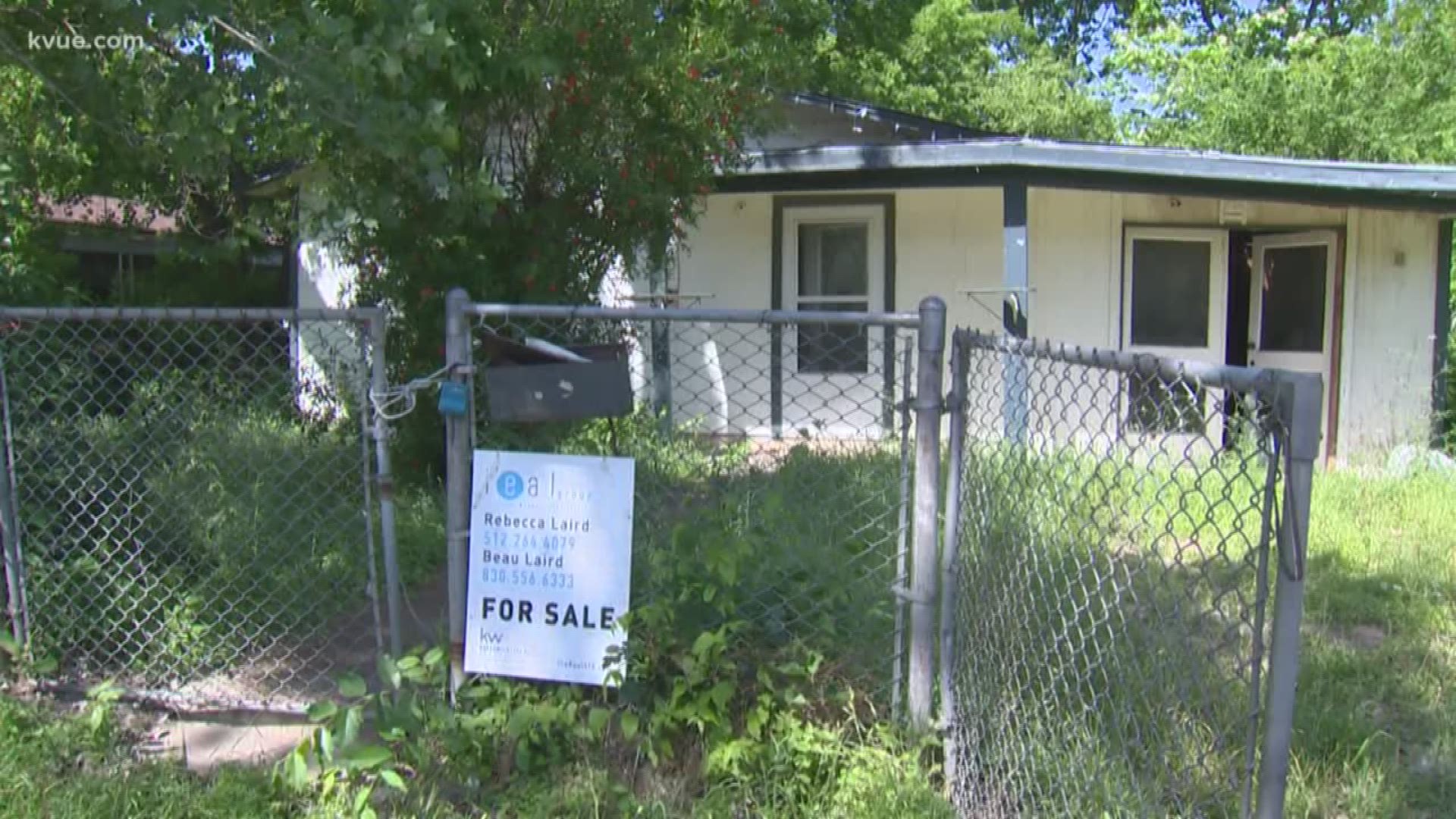 At first glance, it's not much to look at. The overgrown yard complements a broken and rundown garage that leads into a house filled with dry-rot and ceiling damage.

Yet the house that would make most potential buyers run away was exactly what Andrew Jewett was looking for.

"That doesn't scare us at all," he said.

Bitcoin: What is it?

Bitcoin 101: What is it and should you invest?

If You Owned Bitcoin, You Have a Complex Tax Situation

As CEO of Property Coin, Jewett oversees two linked, yet different, arms of their business. One half deals with buying, flipping and selling houses in communities across the country.

"We make it pretty and sell it to an end user," Jewett said. "That's the easy part that people get."

Explaining the other half tends to be a bit more difficult.

They bought the home using cryptocurrency.

It's a recent transaction method built on the idea of blockchain technology. (KVUE has a full explanation of Blockchain here). At base level, it's a new form of monetary transaction between users that does not require the involvement of banks, creditors or other financial institutions.

Bitcoin and Ethereum are two of the most famous "currencies" in use. Now, Property Coin has created one of their own as well.

"Property coin is the first cryptocurrency that is backed by a pool of professionally managed 'fix-and-flip' homes across the country," Jewett said.

With a work background in investment banking and management in fix-and-flip companies, Jewett said this idea was the perfect combination.

"It's the merging of these two worlds," he said. "The crypto world has longtime thought that Bitcoin is only valuable because of it's scarcity and because other people value it. But we come from the structured finance world and the real estate world where something is valuable because there's an asset there."

In Property Coins' case, they are turning their flipped houses into the asset to back their cryptocurrency.

As for the house in Austin, Jewett said their goal is to have it fixed up and ready for sale by the summer. It can only be bought by using Ethereum, Bitcoin or Property Coin. They said at current Bitcoin levels of roughly $8250, they believe the house will sell for 30 to 35 coins.