The man was being treated by EMS and residents were advised to return to their homes. 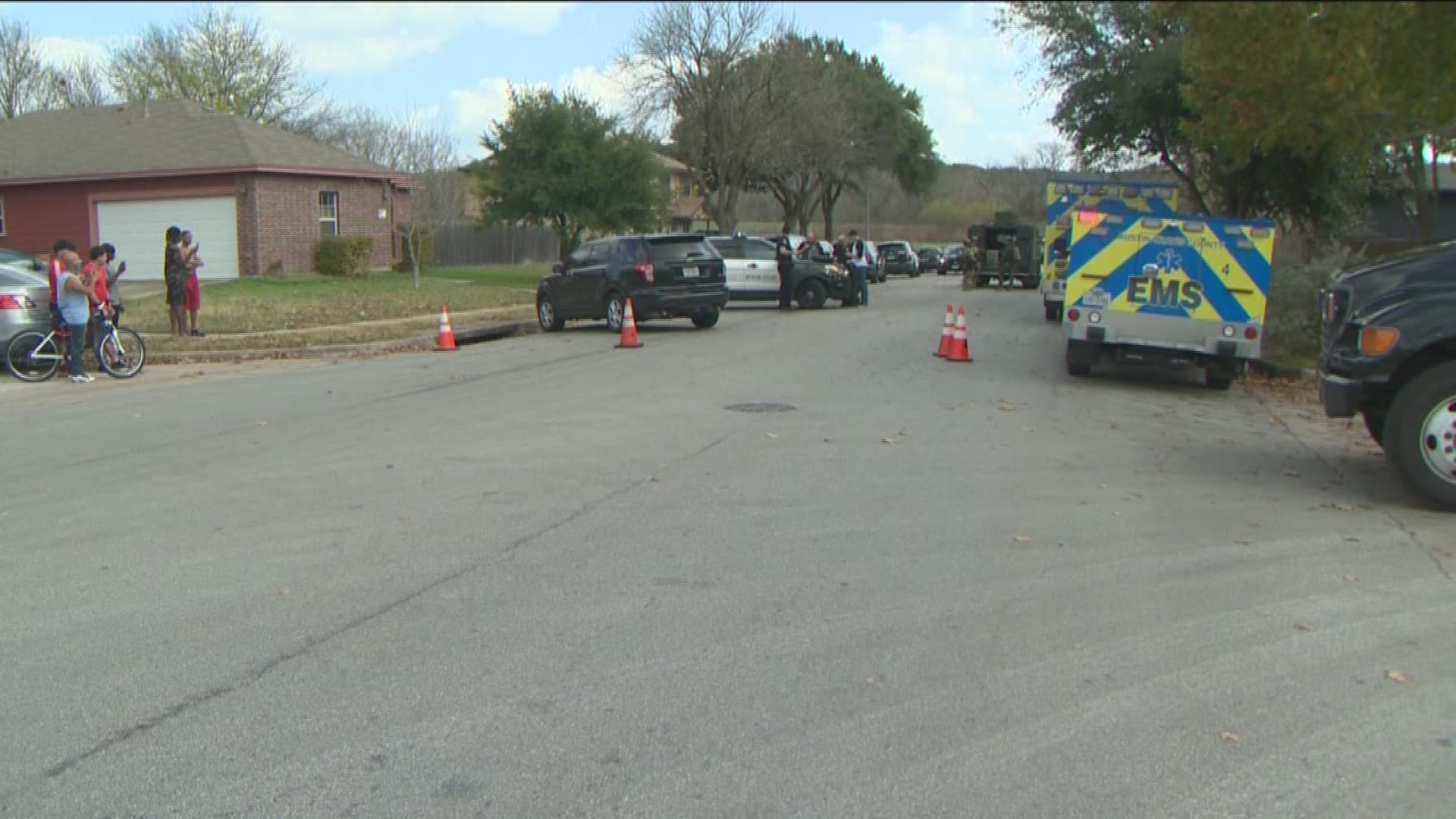 AUSTIN, Texas — A SWAT situation at a home in East Austin ended peacefully on Saturday afternoon, with the subject safely taken into custody, according to the Austin Police Department.

The man was being treated by EMS and residents were advised to return to their homes, police said.

A call came in at 11:54 a.m. from a residence in the 7300 block of Crystal Brook Drive near Pecan Brook Drive in East Austin.

The subject, who is in his late 20s, called 911 and requested EMS assistance. He was known to APD and had guns inside his house, so APD was also dispatched to the residence.

According to APD, the subject said he would be waiting outside his home with a gun, which led police to initiate a SWAT call and notify its K-9 and air support units.

One injured in North Austin shooting

APD said it evacuated nearby residents as a precaution, but didn't believe the subject posed a danger to the public. The scene was contained and APD worked for several hours before the subject was taken into custody after 2:30 p.m.

As a result of APD's activity in the area, several Capital Metro bus routes were detoured.