Spiders, roaches, ants, mosquitoes, wasps and scorpions. These are what Austinites will see most of during the summer. Roly polys, too. 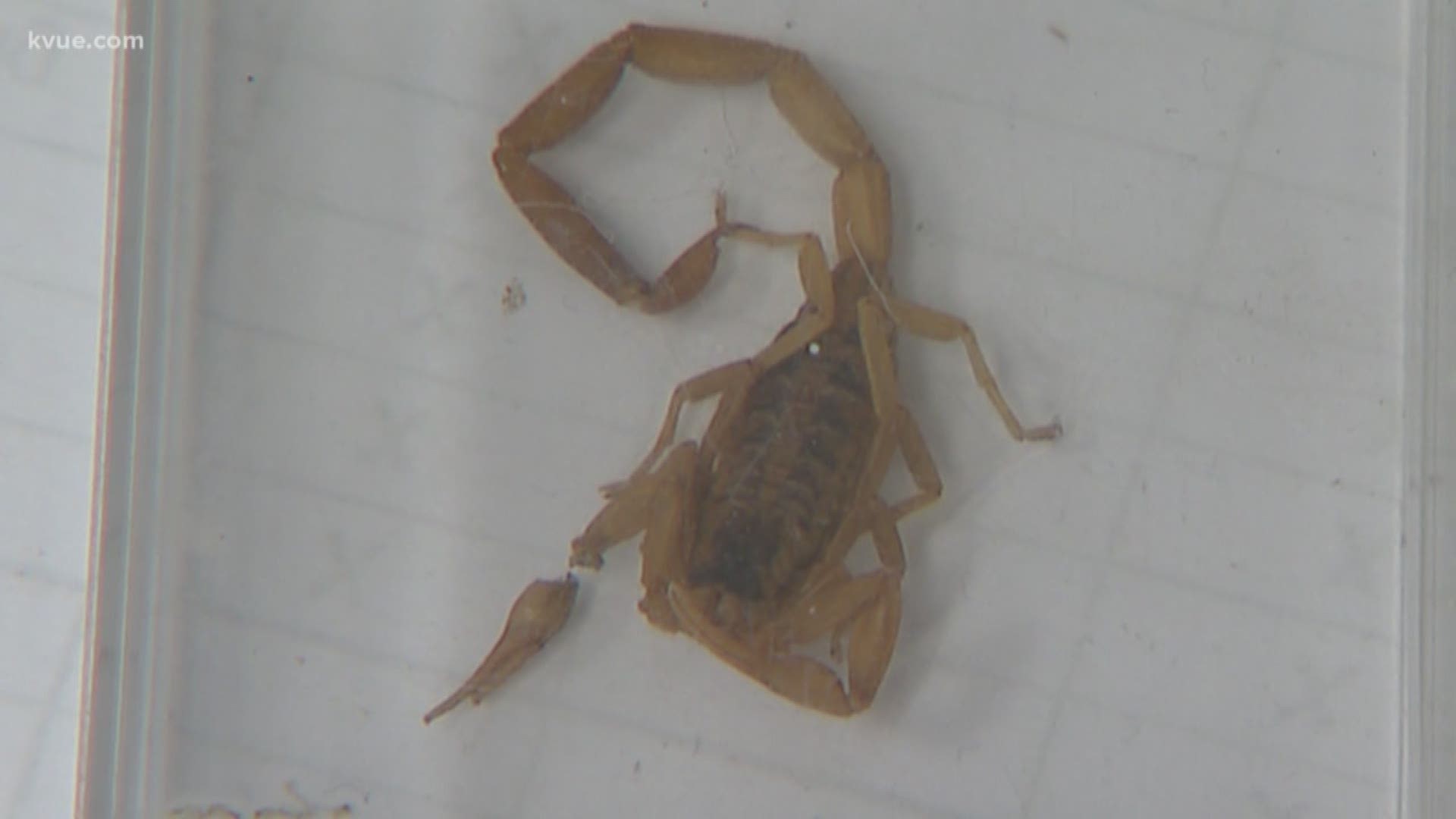 AUSTIN -- If you've been having more insect encounters, blame the heat.

Summers are known for bug infestations, but experts said we are seeing them earlier this year.

Just ask Tamara Carlisle. She got a surprise when she opened her daughter's dresser Monday night.

"We've been here about 15 years and we've never had them inside things," she said.

But Carlisle is not the only one.

Brian Kelly is the operation manager for the pest division at ABC Home & Commercial Services.

Spiders, roaches, ants, mosquitoes, wasps and scorpions. These are what Austinites will see most of during the summer. Roly polys, too.

Don't worry. It may not last too long. As long as it doesn't rain.

Kelly is concerned about the Formosan termite. They are uncommon in Central Texas but extra aggressive and extra destructive.

So much so, ABC sent out emails to customers in more than a dozen zip codes last week, warning them about the termite swarm.

Once you see damage, you should call experts immediately.

While Carlisle lives in one of the affected zip codes, she isn't worried about the Formosan termites. Her home is made mostly of stone.

"We don't have those, we have just been getting the other bug," she said.

It's the other insect that's still on her mind.

"We did see a huge cockroach in our carport yesterday too," she said.

Kelly also warned that wasps are aggressive this time of year because they are breeding. He said keep your eyes open because it only takes a week for them to build a nest.