The man who was driving, 23-year-old William O'Connor, said in an exclusive interview with Tony Plohetski that he doesn't understand what happened Sept. 9 -- or how the crash happened. 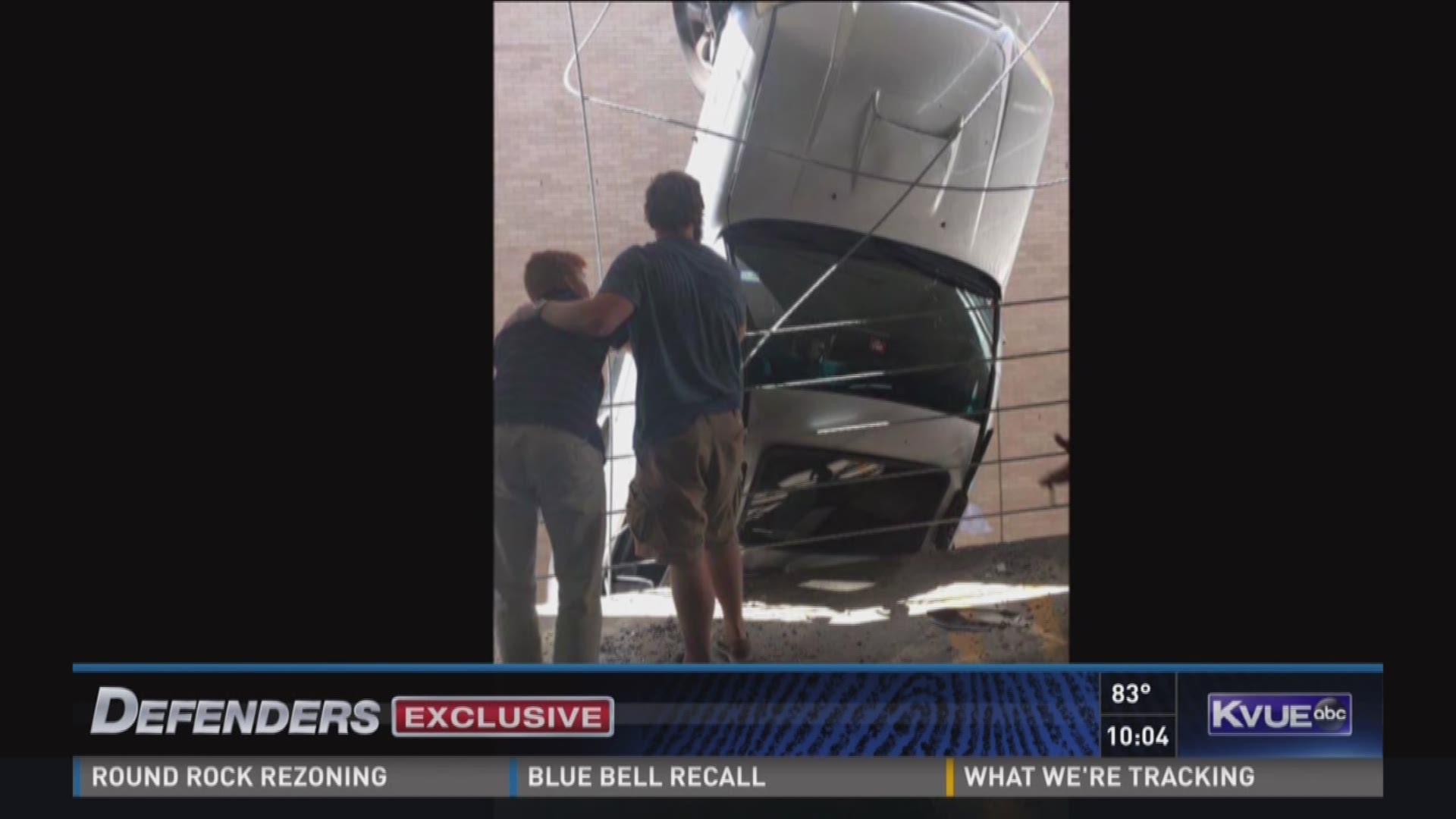 It was a scene that captivated Austin: An SUV dangling over a downtown garage after it mowed over a parking barrier and blew past steel bars designed to keep cars from going over the edge.

The man who was driving, 23-year-old William O'Connor, said in an exclusive interview with Tony Plohetski that he doesn't understand what happened Sept. 9 -- or how the crash happened. But the recent Southern Methodist University graduate who moved to Austin a few months ago said hadn't been drinking, doesn't use drugs and wasn't talking or texting on the phone at the time.

"There were thoughts going through my head like, 'I can't believe this is how I'm going to die,’" O'Connor said in an exclusive with KVUE News and the Austin American-Statesman.

O'Connor said he realized his car likely was hooked to something on the garage. He knew he needed to get out fast.

He recalls screaming for help, and after being in his Toyota 4Runner for only a couple of minutes, a man visiting from Alabama coming to his aide.

Terrified that any movement could cause his car to break loose and crash eight stories below, the man, he said, coaxed him to unfasten his seatbelt and crawl out of a window and back into the garage.

"I curved both of my feet up, and swung them out, and he pulled me up, like you're helping somebody off the ground," he said. "And that was that."

An emergency worker told O'Connor that he should snap a photo with the rescuer -- a man he now calls a hero. The two are now in touch via email.

William O&#39;Connor and a good Samaritan in a downtown Austin parking garage after O&#39;Connor&#39;s car went over the side on Sept. 9.

Minutes later, O'Connor said he shuffled to the ground level of the garage, only to realize that dozens, perhaps hundreds, of spectators were filming what happened.

The video was soon shown around the world on TV and social media.

For several days, he said he didn't tell even his closest friends about what happened, but that he wants to publicly thank emergency responders and civilians who came to his rescue.

He said he also realizes the accident has changed his life.

"The biggest difference between then and now is the type of things that register as stressful or important," he said.

Tune in to KVUE News Nightbeat at 10 for the full interview.