A car was hanging from wires after going over the ninth story of a downtown parking garage Friday afternoon.

A car was hanging from wires after going over the ninth story of a downtown parking garage Friday afternoon.

APD was called to the scene shortly after 2:30 p.m. The vehicle, a 2004 Toyota 4runner, was hanging from the side of Littlefield Garage, located near Sixth Street and Congress Avenue at 508 Brazos Street. Guide wire was wrapped around one of the wheels of the vehicle, preventing it from falling.

The driver, a 24-year-old man, told APD that he was parking on the ninth floor of the garage and was unable to stop the vehicle. He said the vehicle flipped end over end down the side of the garage before it became caught on the wire. With the help of a bystander, the driver was able to climb out of the vehicle through an open window and into the parking garage without injury. APD said that he was wearing his seatbelt when the accident happened.

Police and firefighters were able to slowly lower the vehicle to the ground using a grip hoist, which lowered the vehicle in six-inch increments.

Once the vehicle was on the ground, officials cleaned up two gallons of fuel that leaked while it was suspended.

The Austin Code Department is currently surveying the damage at the scene. It is unclear if the garage will remain closed.

Andrew Miller recorded video of the driver climbing to safety after the car went over the edge. 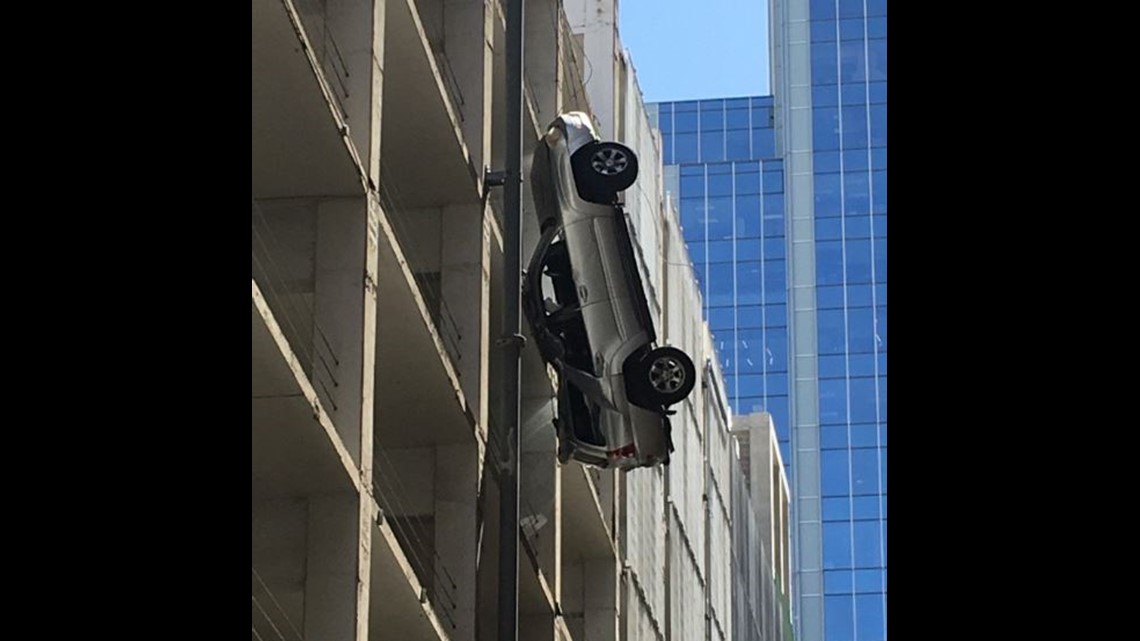