The AFD said the fire was put out by a sprinkler system inside the hotel. 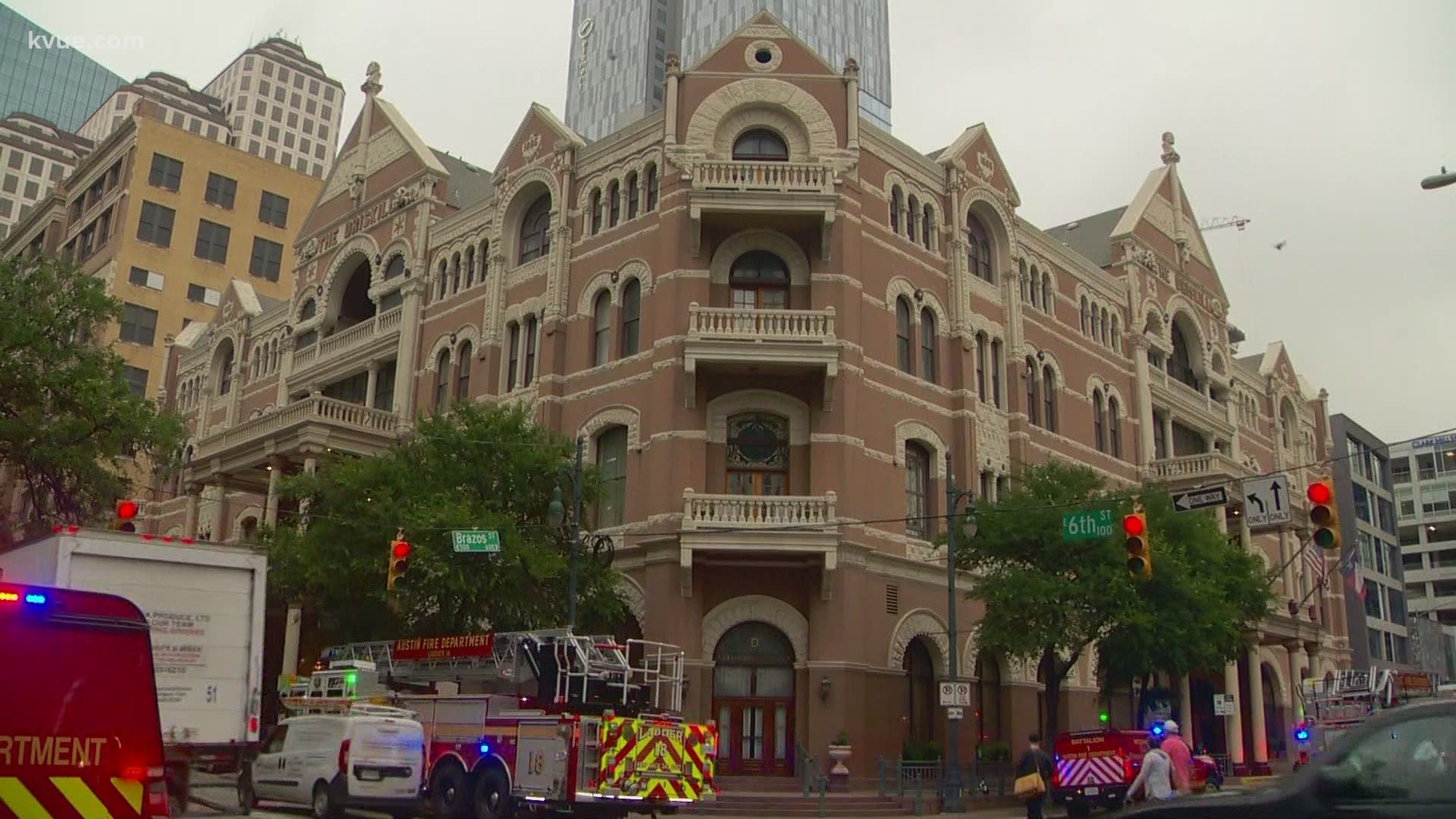 AUSTIN, Texas — A man has been arrested for arson after a fire at the historic Driskill hotel in Downtown Austin on Monday morning. Investigators said the man had been staying at the hotel for 16 days before the fire.

According to the Austin Fire Department, the fire was put out by a sprinkler system inside the hotel as everyone was evacuated. Damages were estimated at about $5,100.

At 7:35 a.m., AFD crews were on the scene working to control smoke and water damage. The AFD told KVUE the room where the fire started was occupied, but they could not find the guest that was staying there.

WATCH: Fire put out at historic Austin hotel, The Driskill

In a statement on Tuesday, May 18,  AFD reported the fire was allegedly started by 77-year-old William Oliver Nichols. AFD said Nichols spent 16 days in the hotel before the fire and he fled to the Austin-Bergstrom International Airport after.

Through TSA agents at Austin's airport, AFD arson investigators discovered that Nichols was headed to Houston via a Southwest Airlines flight. Nichols was detained upon his arrival at Hobby Airport by the Houston Police Department and safely transported back to the Austin and Travis County Central Booking.

Nichols is currently facing a first-degree arson/habitation charge. His motives for the fire remain unknown.

Bill Figueroa of Tucson, Arizona, was staying at the hotel when the fire broke out. He said he could smell the fire as an alert went out over the intercom, urging all guests to leave the hotel. He said water came pouring into his hotel room.

He reported he was staying on the ninth floor, one floor below the small fire that broke out in a room.

"I have no shoes, my wife is in her pajamas, and this has been an Austin nightmare," he said in a video he sent to KVUE while sitting at a cafe outside the historic hotel.