It is unclear at this time if the teen was hit by the officer's bullet or by someone in another group that was shooting. 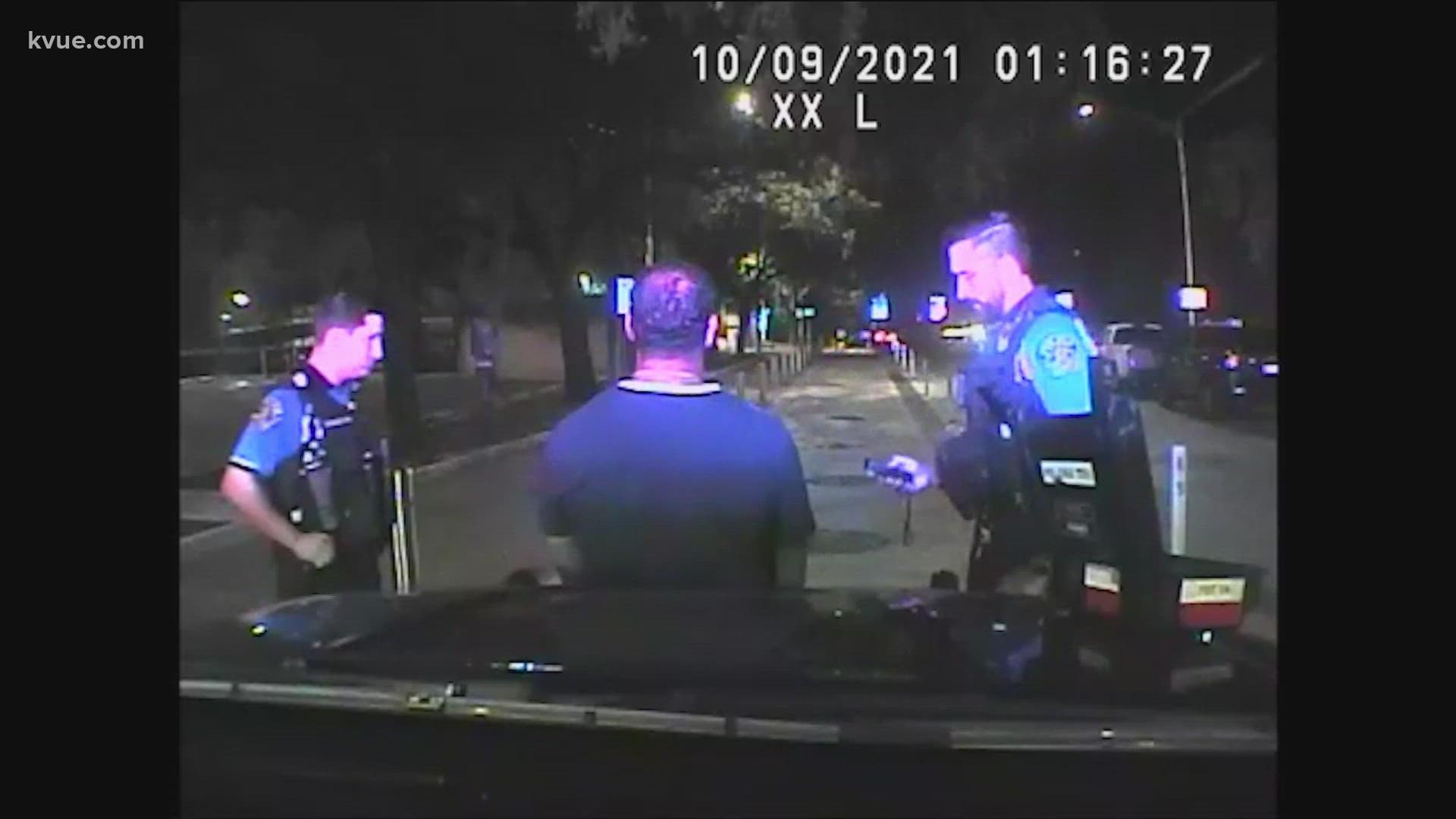 AUSTIN, Texas — An investigation is underway after a deadly police shooting in Downtown Austin on Saturday morning, Oct. 9.

Austin Police Chief Joseph Chacon said officers were conducting a DWI investigation at Fifth and Sabine streets a little after 1 a.m. when they heard gunshots nearby.

The officers ran toward the gunfire and say they saw two groups of men firing at each other near Sixth and Sabine streets. An officer then fired gunshots.

A 17-year-old Black man, identified as Michael Carothers, was taken to the hospital with critical injuries. He died at the hospital on Saturday morning, police say. It is unclear at this time if he was hit by the officer's bullet or by someone in the other group that was shooting.

Two people believed to have been involved have been detained and a gun has been located.

Chief Chacon said the department is still focusing on its gun violence prevention plan to keep guns out of the entertainment district.

Per APD policy, the officer who fired the gunshot is on administrative leave. He is a four-year veteran of the department, APD said. On Oct. 12, he was identified as Officer Glenn Vargas.

“Last night, Sixth Street was again the site of gun violence. Although I do not yet have full information, I know that Austin Police Department officers responded immediately to prevent further escalation and to apprehend those responsible. My prayers are with all of those involved and their families, including the young man who is now in critical condition.

“The ‘gun battle’ that the Austin Police department said took place highlights the urgent need to curb gun violence in this city – to get illegal guns off the streets of Austin and out of the hands of youth so that disputes do not turn deadly.

"Just this week, city staff released an update response to my Safer Sixth Street resolution; tonight’s incident underscores the importance of that ongoing work, as well as APD’s violence intervention program and the Office of Violence Prevention’s community-based prevention initiatives. I will continue to lead in this work and to ensure that the city manager allocates appropriate resources.

“We need to use every available strategy to curb the escalating gun violence within our city – as well as to renew our urgent calls for reasonable gun regulations at the state and federal level.”

Police said the APD will conduct two investigations for this incident: a criminal investigation by the APD Special Investigations Unit in conjunction with the Travis County District Attorney's Office, and an administrative investigation conducted by the APD Internal Affairs Unit, with oversight from the Office of Police Oversight.

This is the sixth officer-involved shooting in Austin this year. If you saw something or know anything about this incident, report it to police.

Charges have not yet been filed in this case as the investigation remains ongoing.

Facebook is tracking you on other websites. Here's how you can stop it.

'This is our home.' Miley Cyrus brings nostalgic live music back to Austin City Limits