The Royal Blue Grocery on Congress Avenue is considering the idea of closing at 6 p.m. instead of midnight because of increased theft. 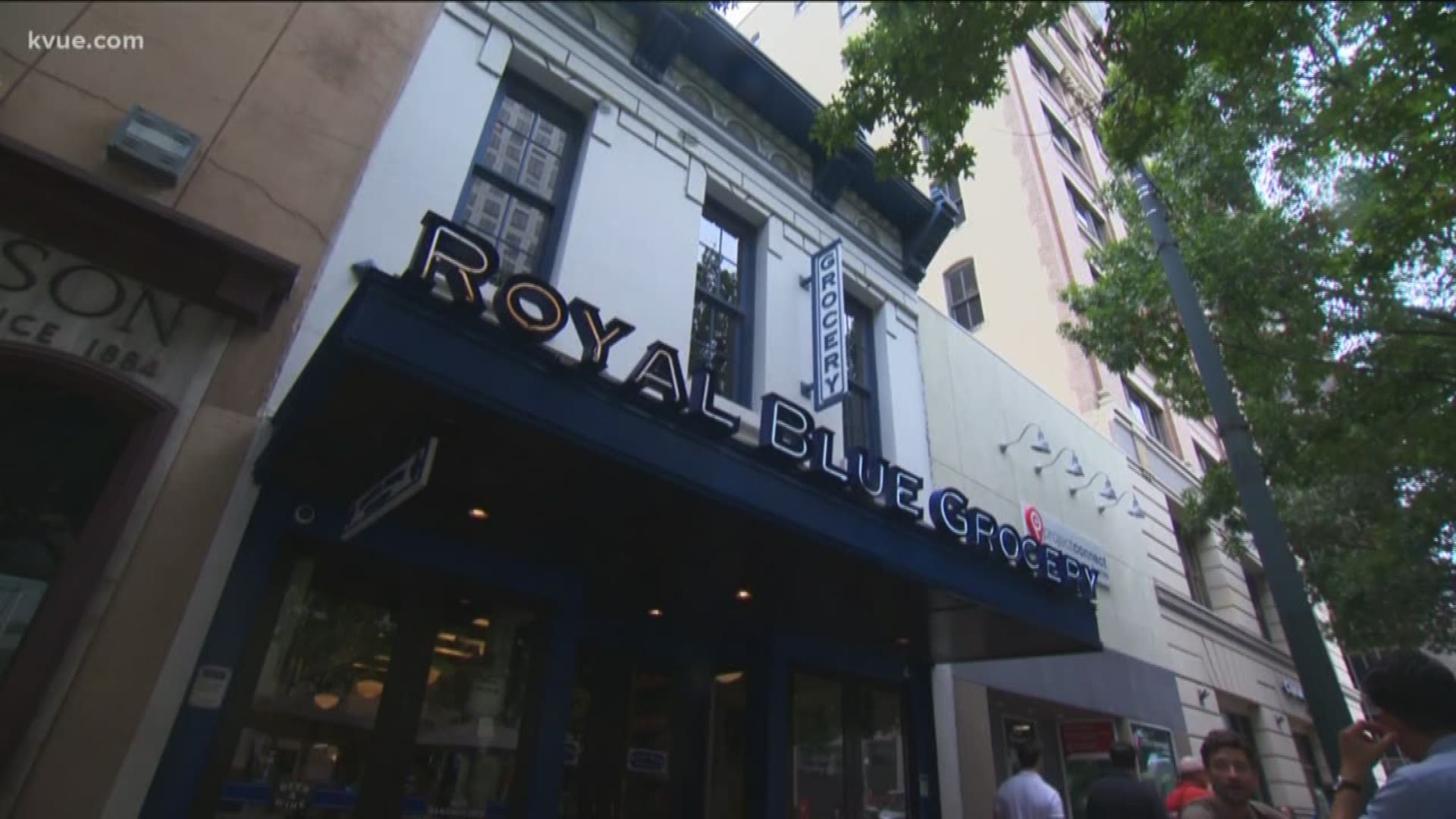 AUSTIN, Texas — As Austin aims to solve its problems with homelessness, some businesses are making sacrifices to address the issues they're facing.

One store owner downtown is even considering changing how late his store stays open because of safety concerns for employees.

Royal Blue Grocers has quite a few locations across downtown, but it's the one on Congress Avenue that they're considering closing early.

That's because with change come issues.

Craig Staley, the owner of Royal Blue Grocery, is all too familiar with the issues from the change in homelessness ordinances. He sees the effects inside his store.

"With the changes to the ordinances, we're really feeling a big difference down here," said Staley. "We have a lot of sympathy for the people that live out here, we take care of a lot of them. We feed them in our stores, they come in with money and buy things from us."

But these changes have him considering closing the doors at 6 p.m. instead of midnight every night. He said the street gets fairly rough.

"We'll have someone take stuff from our store and argue with us on the way out the door, and that's a big change. It wasn't always like that," added Staley. "And we have a pretty seasoned staff that works the night shifts here, but when they're coming to us, telling us I no longer feel safe, that's a big cause of concern for us."

Right now they will keep the normal hours. It's only a possible change. But unless something changes outside the store, he'll solve the issue himself.

"And we got to address that sooner than later because it's affecting our business," said Staley.

Staley and a few of the people in the store feel that the Congress store, in particular, is more of a lunch spot rather than a late-night grocery place.

But this change could cause the store to lose 20% of their sales, which would cost them about 2.5 jobs.

Staley is hoping that the city will add rules and regulations to the ordinances while still allowing more freedoms to the homeless.