Crime in Downtown Austin is on the rise, according to police chief

Violent crime downtown is up 15%, while property crime is up 18%, according to Chief Manley. 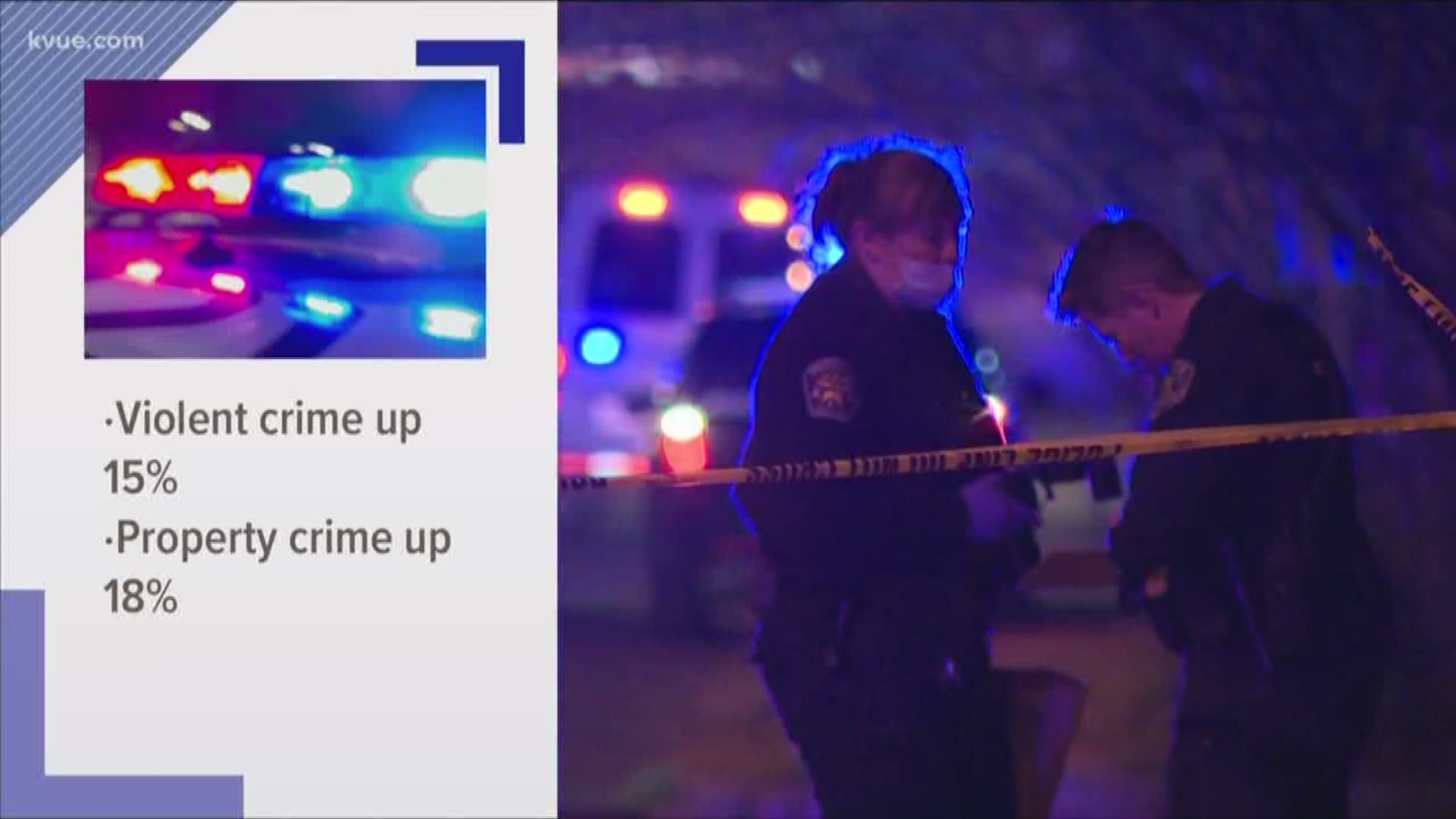 Chief Manley told the Austin City Council that violent crime downtown is up 15% in the last 10 months compared to the same period last year. Property crime is up 18%.

According to our partners at the Statesman, though Chief Manley shared this data with city leaders during a work session on homelessness, he said right now the APD does not have data to tie the increase in crime to homelessness.

“We’re working to pull together the data on actual hard crime – such as aggravated assaults, robberies – that involve members of our homeless community, either as victim or as suspect,” Manley told council members Tuesday. “And then [we want] to compare that to a similar period in time last year to look for any changes.”

There were a number of shootings in Downtown Austin over the summer and police increased patrols in the area.

According to the Statesman, violent crime dipped throughout Austin in 2018, after two years of increase. Officials credited that decrease, in part, to their violent crimes and aggravated assault task forces, which were launched in 2018.

WATCH: Is Austin's 6th St. the most violent place in Texas?