The art installation also features a photo op with a life-size cutout of the former Texas governor. 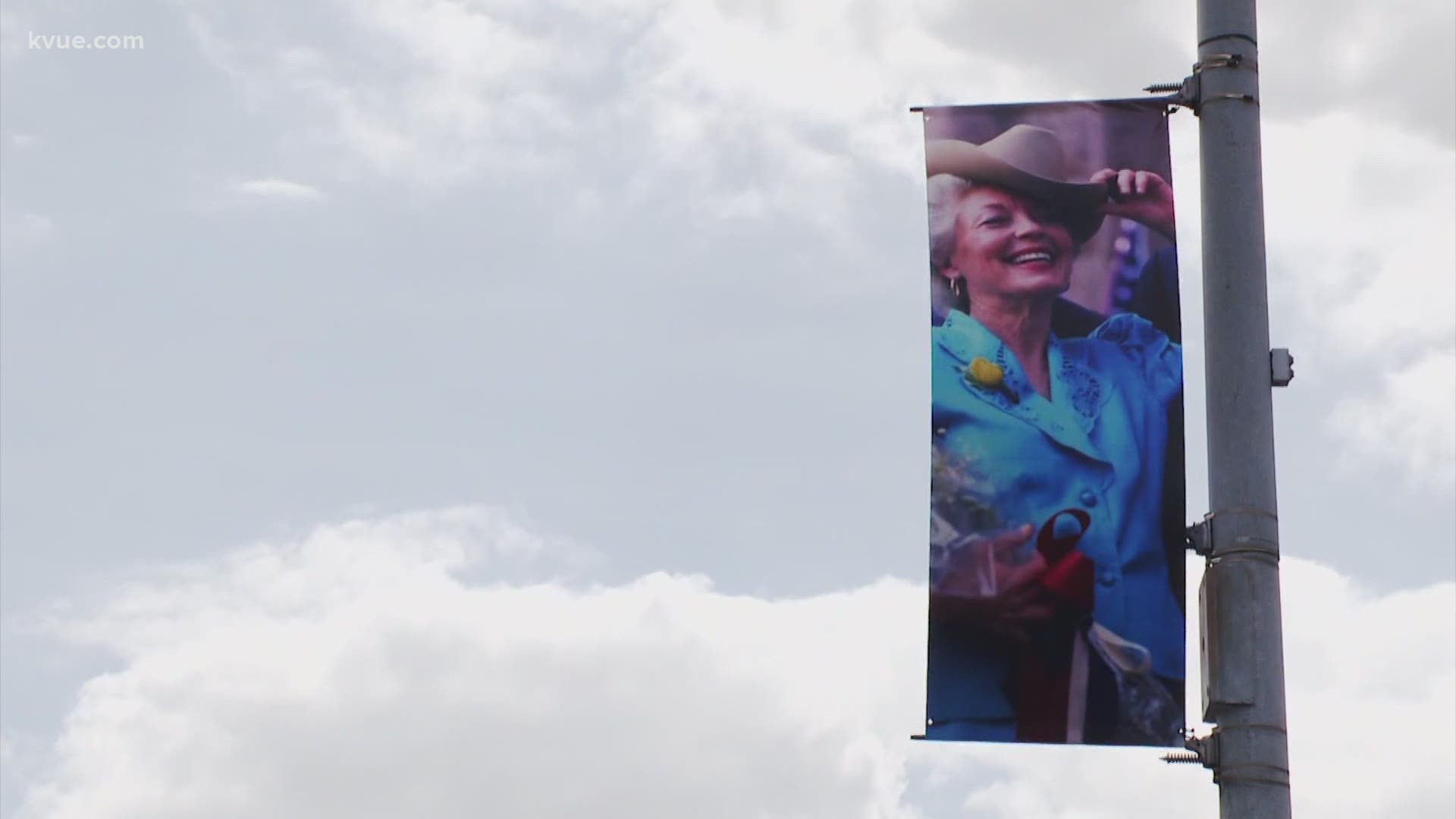 The public art installation spans more than 11 blocks leading up to the Capitol. They will be on display through the spring.

Commemorating the 30th anniversary of Richards’ inauguration, the project celebrates the legacy of her School for Young Women Leaders. A photo op is available with a life-size cutout of the former governor at Congress Avenue and Second Street, featuring the image of Richards on a Harley from her 1992 Texas Monthly cover.

Richards was the second female to ever be elected governor of Texas.

More than 30 years ago, she stepped onto the DNC stage, famously saying, “Ginger Rogers did everything Fred Astaire did. She just did it backwards and in heels.”

The project is part of Downtown Austin Alliance Foundation’s efforts to encourage people to begin to safely visit Downtown Austin, part of its Writing on the Walls project.

“Honoring this momentous woman and significant anniversary by introducing new audiences to her legacy was a logical project for Writing on the Walls, and we are excited for the public to see the banners ... and let her memory inspire a new generation of leaders,” Molly Alexander, executive director of the Downtown Austin Alliance Foundation, said. “Downtown businesses have been hard hit by the pandemic, and place-making and public art initiatives such as this one along the main street of Texas attract people who will also then patronize our local businesses and revitalize downtown’s economy post pandemic.”

Texas will soon reveal the next groups of people eligible for the vaccine in Phase 1C. Who will be included?