When it comes to the idea that more toll roads could fix Austin's traffic problem, not all agree, but some groups want you to make your opinion known. 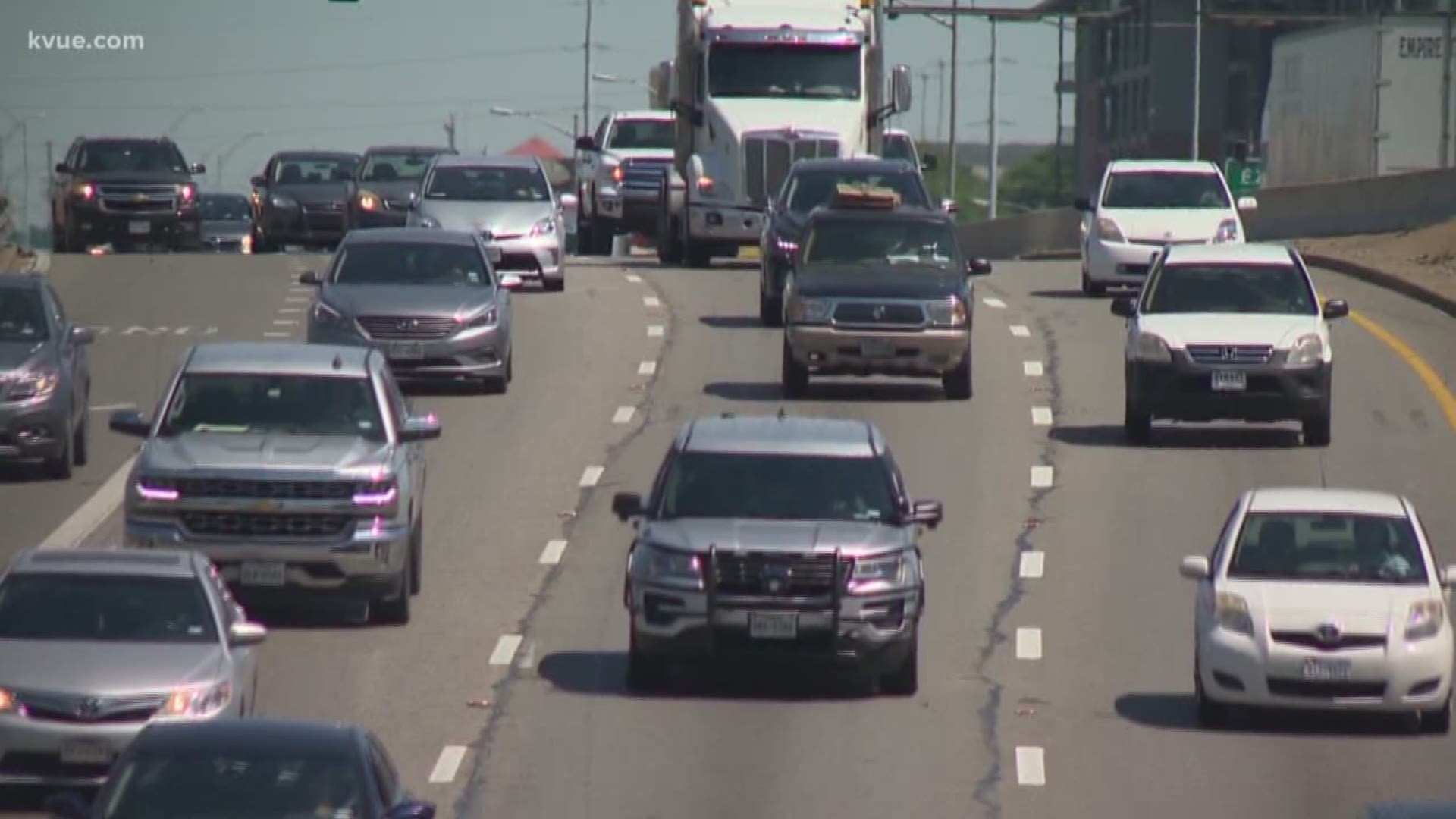 AUSTIN -- The Downtown Austin Alliance and the Greater Austin Chamber are asking people to contact their state leaders to add more toll lanes with the hopes of finding a traffic solution.

Senator Kirk Watson and TxDOT announced an $8 billion project in fall 2017 that would add two managed toll lanes in I-35 from Round Rock to Buda to help with traffic through downtown Austin.

But that plan halted when state leaders voted against it.

Now, the DAA and Chamber want to help bring that plan back.

"Austin really needs to do something about its transportation,” said Austinite Robert Harshman. "35 is a nightmare.”

Casey Burack is the vice president of policy at the Downtown Alliance.

"We really want to find ways to get people out of their cars, off freeways, you know, into downtown, and enjoying the amenities that we have here,” said Burack. "One of the main tools that we have to do that is toll road, and optional express lanes which will provide alternative financing mechanisms in order to add more lanes to I-35 and to lower it through downtown, which is what we support."

She said the tolls would help fund other projects that could ease congestion.

"People don't have to take them, but if we have them as an option, those people who really need them to get to work faster, or to get to downtown Austin faster on their way to Dallas, or south, you know they will use them, and that will create a finance mechanism whereby we can build out these roadways quickly, and all at once, we can add all the capacity that we want at one time,” said Burack.

Specifically, she said the portion of I-35 that goes through downtown is one of the most congested in the country.

"That really puts a tourniquet on our downtown because it makes it difficult for people to get in to go to work, or just to come into downtown to enjoy the amenities down here,” said Burack.

According to The Greater Austin Chamber, Texas is expected to double in population by 2050 and Central Texas is projected to grow 160 percent in that same period.

“We have a traffic problem now, we don't have the capacity of the population that's on the roadways currently,” said Burack.

The chamber told KVUE in a statement Tuesday: "If we want to maintain our great quality of life, and be recognized as the best place to live in America, we need to build these roads, and tolls have to be a part of the state's congestion solution."

"They've got to do something, because Austin's not getting any smaller,” said Harshman.

"Texans expect — and deserve — to have I-35 fixed now and doing nothing is not an option for our community or for our state. Yet, we've eliminated just about all the tools needed to do something — and do it well.

We must be honest with the public about Texas' transportation funding needs and the serious limitations we face. It is a disservice to Texans and flat-out wrong to assert that Texas has all of the transportation funding we need. While we have more money than before, the funds are insufficient to address the state's infrastructure needs without other sources of revenue, including tolls. Those who suggest otherwise ignore the facts.

In 2010, a committee formed by the Texas Transportation Commission found that Texas needed to invest an additional $5 billion per year just to maintain congestion. That report presumed we would continue to use all of the tools that were available at the time, including tolling. And again, that recommended annual investment was just to maintain congestion at the time, not to decrease congestion as Texans want and have every right to expect.

Since that time, the Legislature has whittled down the list of financing tools, including public-private partnerships and debt. It also continues to ignore transit as an option for reducing congestion.

By taking optional managed toll lanes off the table, state leaders have tossed aside yet another proven and cost-effective tool for improving traffic flow.

Talk is cheap. Roads are not."

According to the Central Texas Regional Mobility Authority the toll roads in our area have seen “incredible traffic growth and all of them are performing well above projected levels.”

Here are some of the numbers from the organization:

You can find more data here.