For one Austin neighborhood, they're tired of package thefts and have caught one man on video who struck two homes. 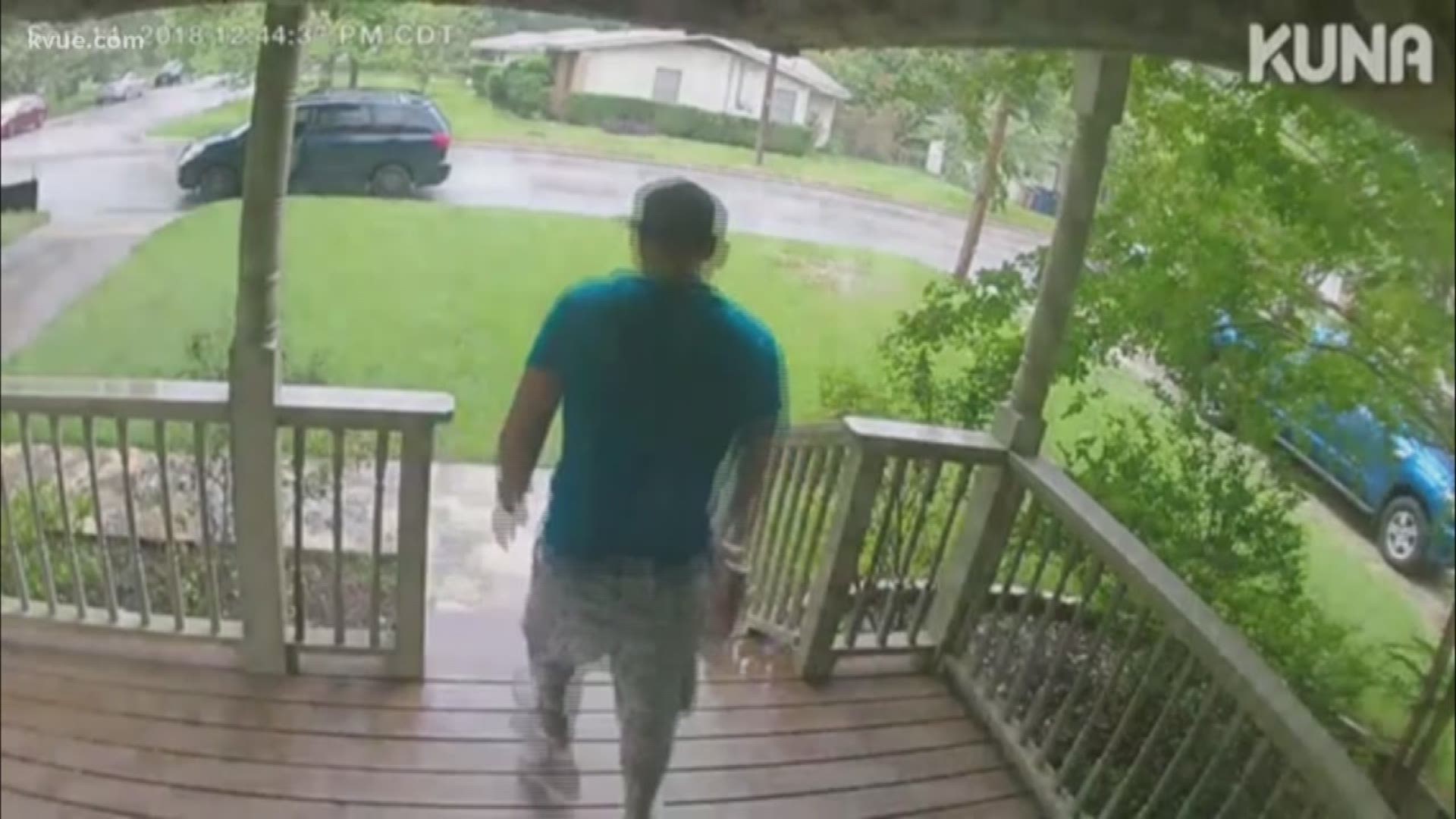 AUSTIN — We have all probably heard about someone taking packages right off of someone else's porch. For one North Austin neighborhood, they're tired of it happening to them and have caught one man on video who struck two homes.

The man in the video is in a blue shirt and a hat as he walked directly up to porches in the Crestview Neighborhood. Neighbors in the area are surprised to hear about this happening in their neighborhood. Most of them found out on Nextdoor.com a community-based website.

One woman was glad nothing has been taken from her porch, but said her doorbell camera did catch a man going through her mail one day. She said while it may not be able to stop theft, it is nice to have that camera on her door.

We reached out to the Austin Police Department to see if there is any correlation between all of the thefts. If you are expecting a package, they recommend to either have it delivered to your work, or leave a note saying where to put your package that's not on your front porch.

If you do have something you believe is stolen, make sure it's stolen and contact APD.