The incident involving Donald Petraitis and Robert Pfaff was highly charged within the Austin Police Department. 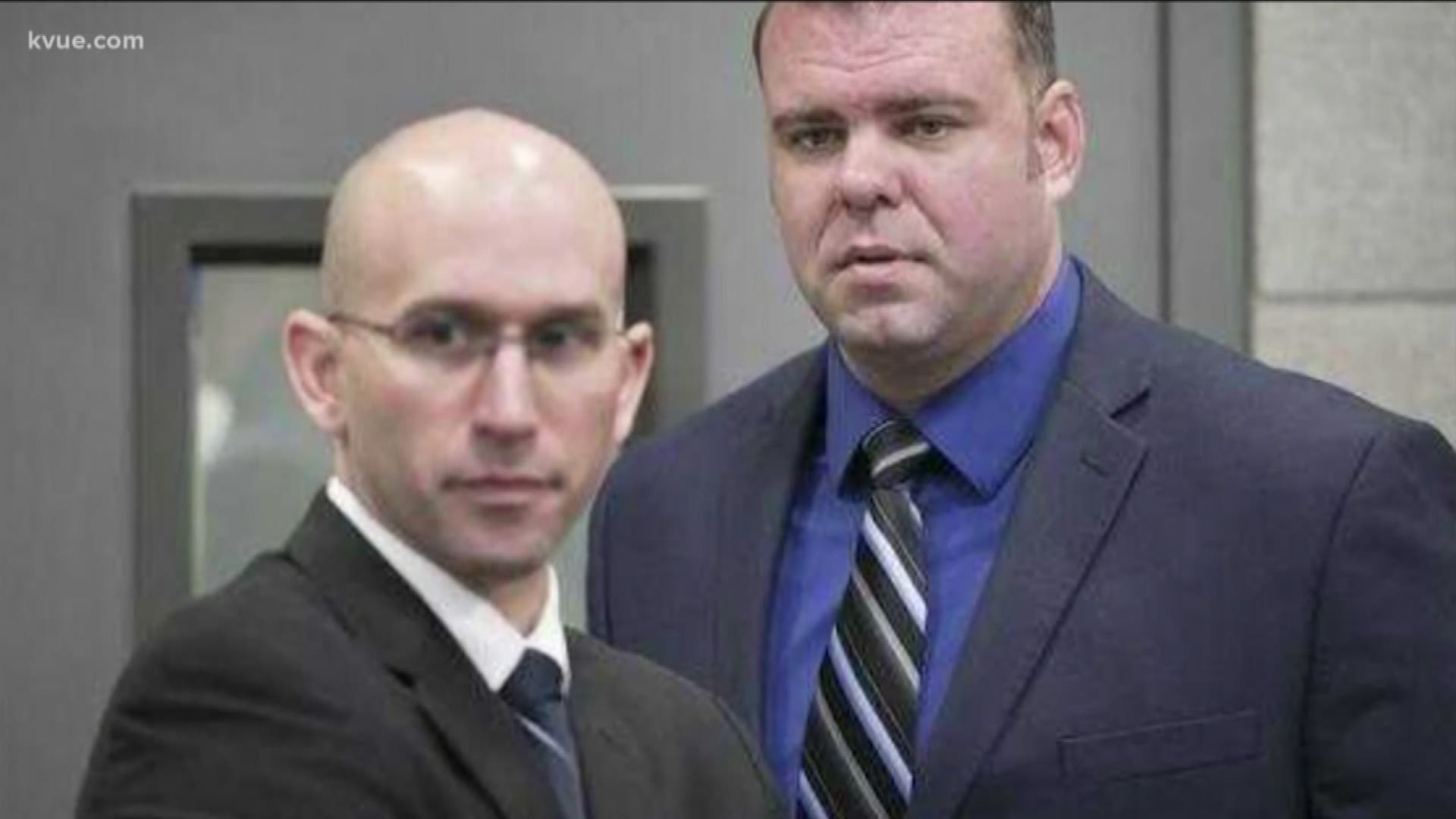 AUSTIN, Texas — Two Austin police officers who were fired but found not guilty after a use-of-force incident in Downtown Austin in 2018 have been reinstated by an arbitrator and will receive backpay.

The incident involving Donald Petraitis and Robert Pfaff was highly charged within the Austin Police Department. The pair were accused of excessive force and lying about it in official reports.

City attorneys who fought their reinstatement showed body camera video from officers at the 2018 scene downtown. It showed a witness to a shooting being shocked with a Taser while he was kneeling with his hands in the air.

Pfaff and Petraitis wrote in reports that Quentin Perkins appeared to be about to flee.

Their attorneys argued they didn't remember what happened accurately but didn't intend to falsify their reports. They argued the officers were aware their actions are constantly recorded and realize they would not have been able to fabricate an account unnoticed.

The criminal charges were filed against the two officers before the Austin Police Department fired them. In December 2018, the jury in the trial found the officers not guilty of using excessive force after deliberating for almost six hours.

Another lawsuit was filed in September 2018 by the man who was stunned by the officers. On Oct. 3, 2019, Austin City Council members approved a $75,000 settlement to resolve that lawsuit, the Statesman reported.

City officials said although the officers were found not guilty in December 2018 on charges that included evidence tampering and assault, Police Chief Brian Manley determined they violated multiple department violations – a different standard than jurors considered in a criminal trial.

The officers continued to face disciplinary action by the APD before they were fired in March 2019.

On Friday, the Austin Police Association (APA) said it was "extremely pleased" with the arbitration decision.

"From the day that these two officers were indefinitely suspended, the leadership of the APA felt that the decision was one made for political reasons and we felt that an independent third party would see the flaws in the investigation and decision-making by Chief Brian Manley," APA President Ken Casaday said.

Attorneys for the officers called the decision a "complete and total exoneration."

"In concluding his 50-page decision, the arbitrator ruled APD must not only reinstate both officers to their previous positions with full backpay and benefits, but must expunge this entire matter from their personnel files," said Ken Ervin, attorney for Petraitis, and Doug O'Connell, attorney for Pfaff. "We’ll echo what we said in 2018, which is that we sincerely hope this entire unfortunate event has taught important lessons to police and prosecuting agencies regarding the error of assuming body-worn camera footage tells a complete story."