'I feel whole again' | One year and 200 miles later, missing dog is home

"For so long I had this feeling like something was just broken inside of me," the dog owner said. "I feel whole again, I just feel so happy." 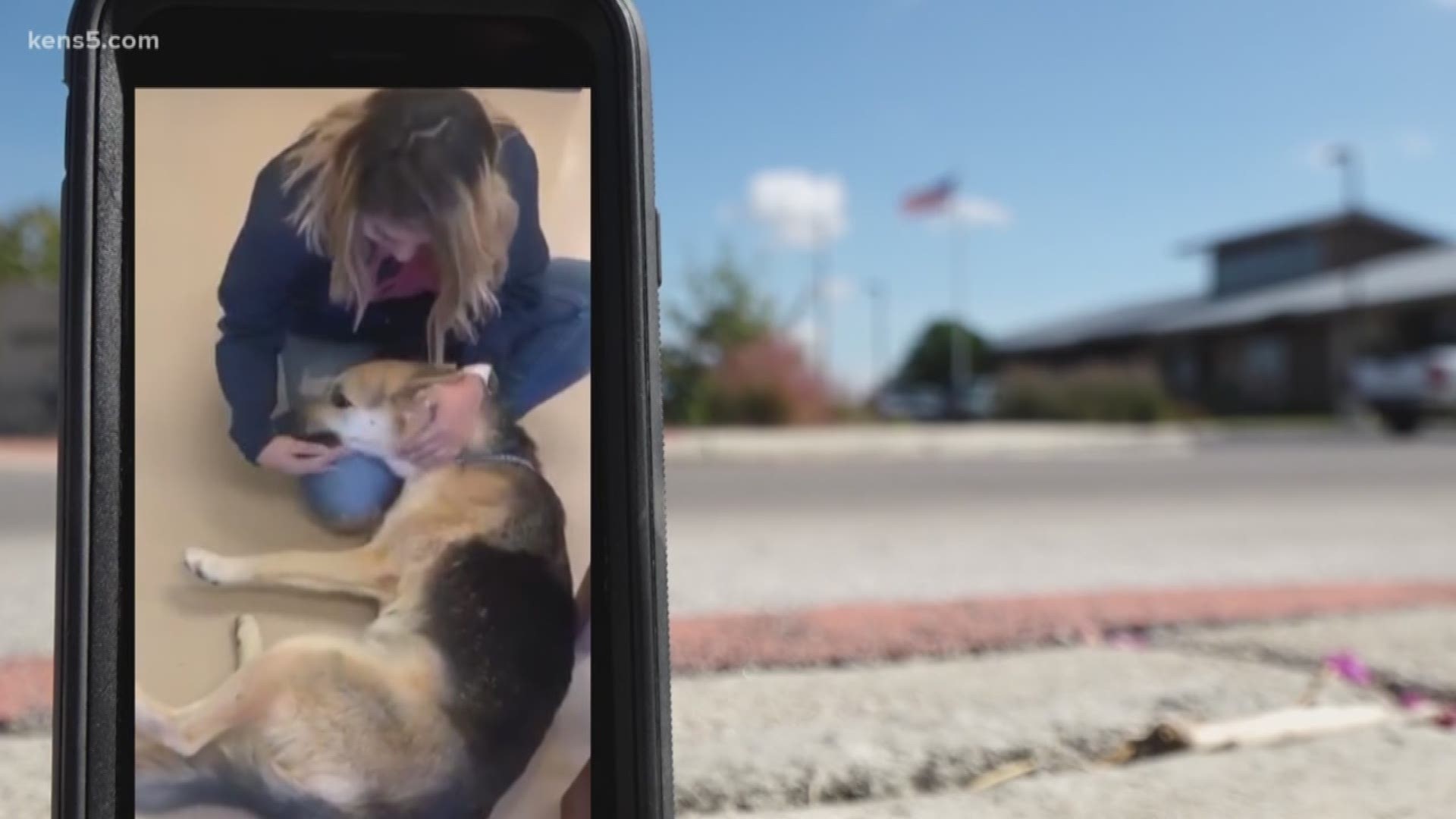 "We stepped out to go to the store really quick, and we have a yard. And when we came back, Roxy and our other dog was nowhere to be found," Gamez recalled over Facebook video chat.

Roxy was Gamez's 10-month-old German Husky. After a few hours of searching, they found their other dog - but the puppy was still missing.

"We just continued looking. We went to shelters, and they said they hadn't picked her up. But if they did, they'd call us because she has a chip."

A year passed, and that call never came. But an alert did three months ago, telling Yesenia that Roxy's chip subscription with all of her information would soon expire.

She was on the fence for renewing it.

"What if she's dead? Is it worth paying to keep her information on there?" Gamez wondered.  "My boyfriend was like,'You should do it, you should just pay, you never know.'"

Schertz Animal Clinic left her a voicemail stating they found a dog whose microchip information went back to Gamez.

"I was so happy. I was so excited I couldn't believe it was her," Gamez said with a smile.

"I looked it up and I was like, where's Schertz, Texas? That's three hours from here, in San Antonio."

Roxy went missing from Gamez's home just outside of Houston, 200 miles away from Schertz.

"That dog had quite a trip to be that far away,"  Schertz Animal Services manager Ginger Dispain told KENS 5 with a smile.

Dispain said Roxy was brought in by someone who said they found her by one of the schools.

"We scanned her, and she had a microchip. And the information was up to date, and we were able to contact the owners," Dispain added.

Within hours of Gamez hearing that voicemail, she packed up her car and drove the three hours to finally bring her puppy home.

"I was just so happy," she recalled. "I really don't know if someone kept her. I don't know what the story is, how she ended up three hours from here in San Antonio."

All Gamez does know is that she’s grateful for that chip in keeping that line of communication open and for never giving up.

"For so long I had this feeling like something was just broken inside of me," she said. "I feel whole again, I just feel so happy."