Dockless scooters | Do they work and are they legal?

After a new scooter service rolled into town, many Austinites are questioning its legality. 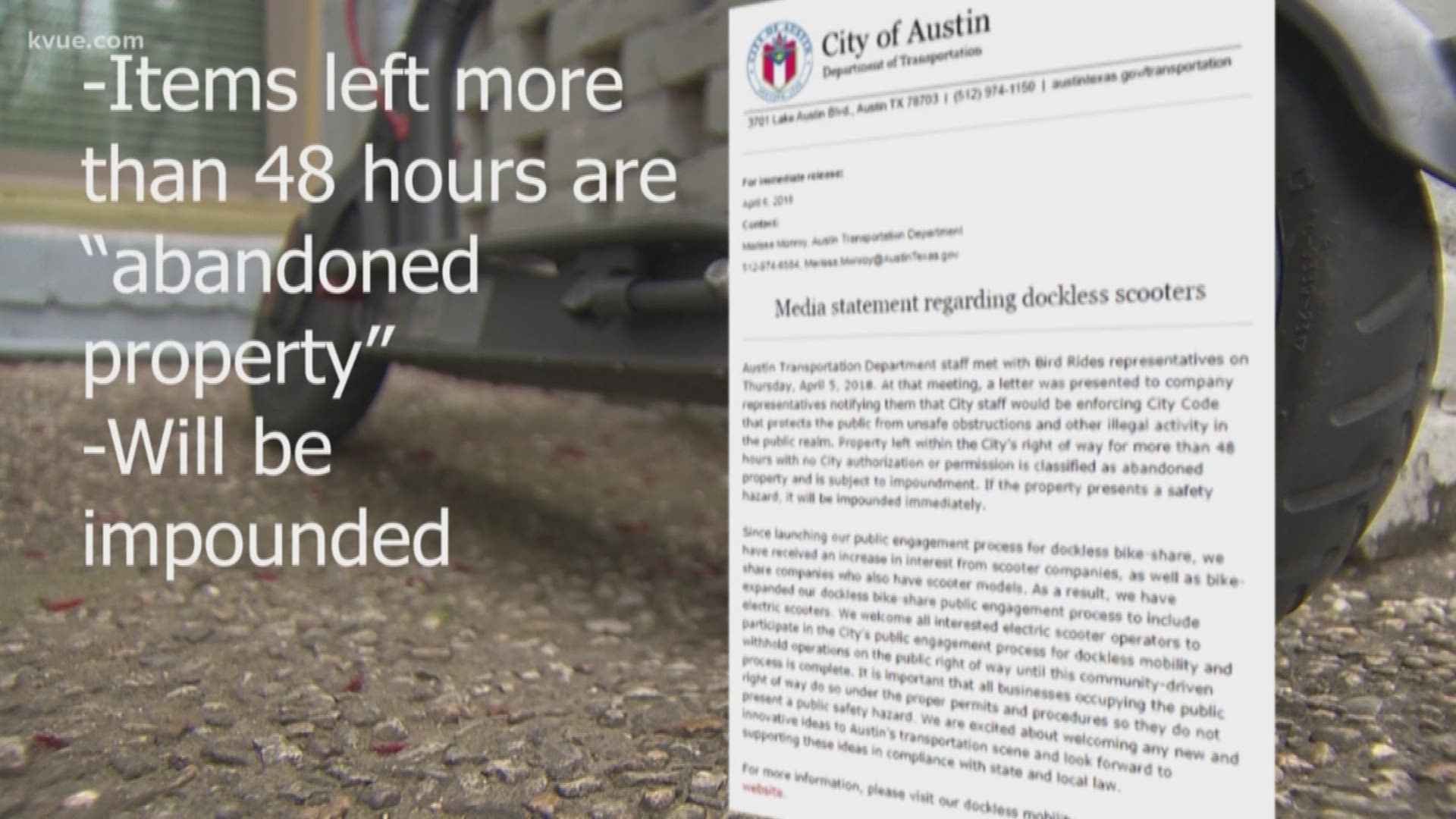 AUSTIN -- There's some new competition in the short-term vehicle rental market in Austin.

California based Bird launched their dockless, electric scooters in Austin Thursday, targeting individuals who need a short "last-mile" trip that may be too long to walk, but too short to drive.

As KVUE's Jason Puckett tested out in the video above, the service works pretty well. Users simply download an app, put in a payment option and can then see all the devices across the city.

Arrive near one and the app will let you "unlock" it by scanning a QR code on the scooter. You also scan your driver's license and agree to Bird's terms of use and then you're off.

But the City of Austin had some concerns this week. In an announcement, they pointed out that Bird's scooters could fall into the Code Enforcement's rules on "abandoned property." Since Bird doesn't have docks for their scooters, users had simply left them on sidewalks or streets when they were done.

As the statement reads in part:

Property left within the City’s right of way for more than 48 hours with no City authorization or permission is classified as abandoned property and is subject to impoundment. If the property presents a safety hazard, it will be impounded immediately.

As we learned from their letter and in our ongoing conversations, the city of Austin shares the same goals as Bird: to provide last-mile transit options that get cars off the road to reduce traffic and carbon emissions. Like the city, we also believe that any vehicle -- car, bike, or scooter -- that is abandoned, obstructs access, or creates hazards in the public right of way should be removed. We welcome the city's action here, and look forward to working closely with them as they do this important work. To assist, we are now directing Bird riders in Austin to park Birds on the street instead of on sidewalks where bikes and similar vehicles usually park. When it comes to embracing environmentally-friendly and innovative transportation, the city of Austin is a leader. Looking ahead, we accept the city's invitation to help them develop a pilot program for dockless scooters like Birds.

A Bird rep told KVUE that since they pick up and drop off their scooters on a daily basis, they should never run into that 48 window. They also confirmed that users are being asked to park the scooters on the side of the road rather than block any sort of path.