Jay Wallis decided to take a different look at the history and validity of the commonly used phrase, "April showers bring May flowers." 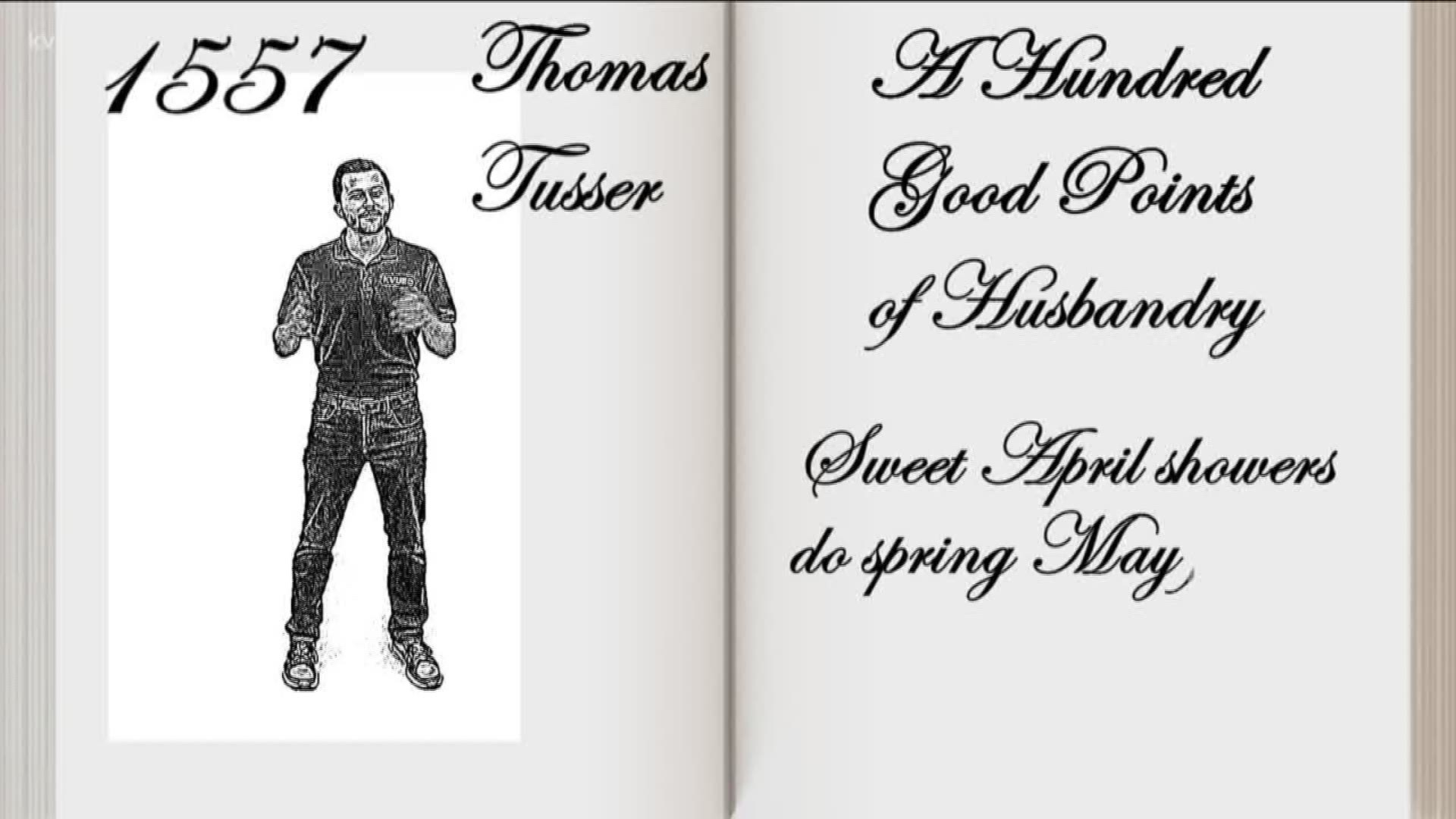 AUSTIN, Texas — You've probably heard the phrase "April showers bring May flowers." But have you ever thought about what it really means?

Many believe the rhyme originated in 1557 from the writer Thomas Tusser. In his collection of writings he called "A Hundred Good Points of Husbandry," he wrote in the April section, "Sweet April showers, do spring May flowers."

RELATED: Springtime allergies: What even is oak pollen?

Since then, this phrase has only grown more prevalent, being used in other types of writing, a popular 1920s song covered through the decades and many movies as well.

But though the phrase may be popular, is it true? It depends. You have to first look at the type of flower. The health of perennials, which die in the fall and bloom in the spring, are reliant on the rainfall over a stretch of many months. Annuals, which are replanted every year, need rain after they go in the ground.

RELATED: Verify: Is it illegal to pick or trample on bluebonnets?

Scientists point out, though, that there's a much more important factor than rainfall for when you'll start seeing flowers: temperature. When an area starts getting spring-like temperatures, flowers will begin to bloom regardless of how much rain there's been. That's why in warmer places like Texas, it can sometimes feel like "March showers" are actually what bring "April flowers."

No matter how you look at things, the phrase is a reminder that even the most unpleasant of things can eventually bring about something pleasant.

FBI: DNA disproves man's claim that he is Illinois boy missing since 2011