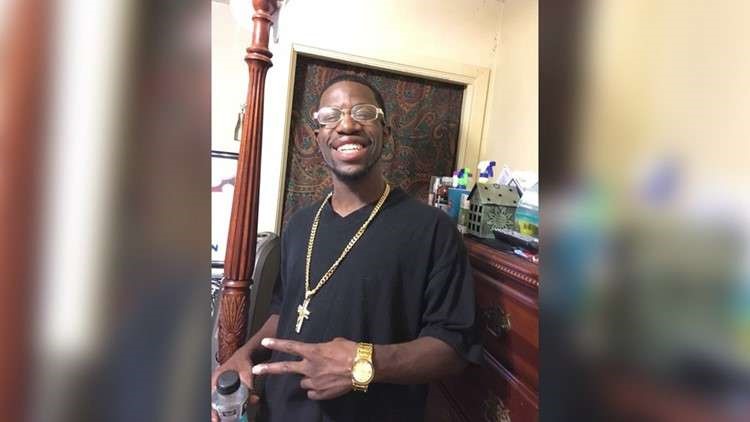 Family identified the man who was shot and killed by police as Landon Nobles.

AUSTIN — The Travis County District Attorney's Office determined that the credible facts established in an investigation to an officer-involved shooting in May 2017 show the officers' use of force was justified under applicable Texas law and the case will not be presented to a grand jury.

According to a statement by the Travis County District Attorney, on May 7, 2017, at 2:39 a.m., Austin Police Department officers were on Sixth Street when they heard what they believed to be a gunshot nearby. The officers radioed "shots-fired" over APD's general broadcast channel and began to walk towards where they believed the sound came from.

According to the Travis County DA's statement, video evidence showed an altercation in front of a nightclub located on Sixth Street. When officers walked toward the nightclub, a woman allegedly ran past them and stated a man had just fired a gun and described a man matching 24-year-old Landon Nobles's description, who was later identified as the suspect. Officers approached a group of young men where they saw Nobles and he took off.

The Travis County DA stated an officer on bicycle patrol in the area heard the report of shots fired earlier and the description of the suspect. The officer on bicycle patrol spotted Nobles running in his direction. The officer dismounted his bicycle directly in Nobles' path, causing the bike to knock Nobles to the ground, according to the Travis County DA.

Nobles allegedly got up and continued to run and turned toward officers while holding the handgun, which officers perceived as a threat, leading to the two officers firing five shots at Nobles, hitting him three times.

The gun carried by Nobles was secured and tested, later found to be a fully-functioning handgun, according to the Travis County DA.

The DA's Office determined that each officer's use of deadly force was justified. A full discussion of these facts, and the legal analysis by the DA's office, can be found here.

KVUE spoke with Nobles' family in 2017, where they demanded to see security footage of the shooting because they believed there was more to the story than what APD had revealed.

The family's attorney referred to the embalming case report, which showed Nobles was shot in the back. It can be seen below: