The SAFE Alliance's children shelter had two cottages ruined during the winter weather this week, among other damages and hardships 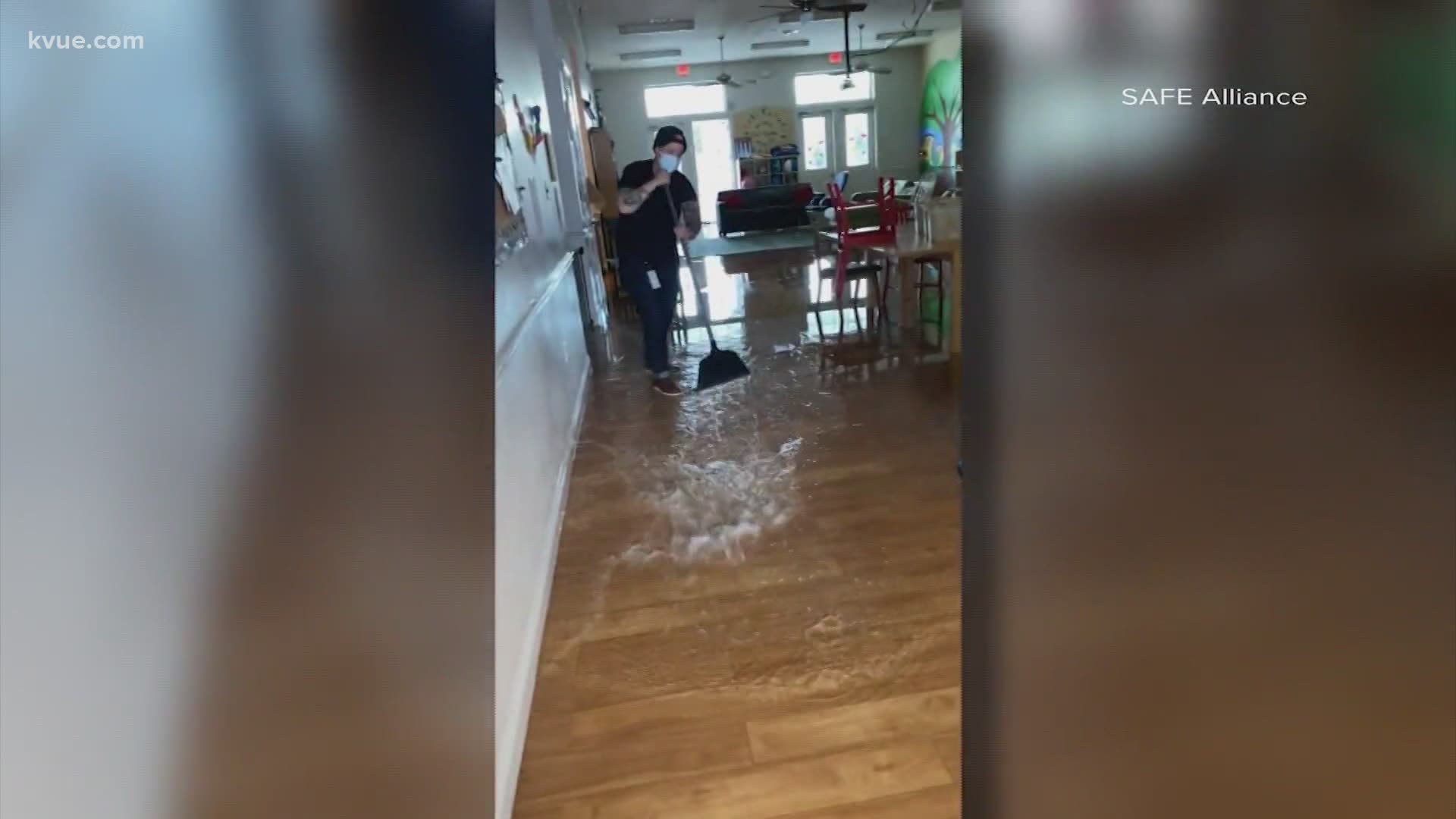 AUSTIN, Texas — After this week, Central Texas is no stranger to snow and ice and the damages that come with them.

Many are now dealing with burst or cracked pipes because of the freezing temperatures, including some of the SAFE Alliance shelters, places where survivors of abuse and violence can get help.

Just to name a few, those disasters include losing power at a hotel where folks were staying at, security systems failing due to the cold (they are back online now), communications issues due to days without power and damages at two of the cottages at the SAFE Alliance Children's Shelter.

"The fire suppression system froze and then broke, and we were raining from the ceilings and in the cottage that exists to serve young teen moms and their babies," said Spann. "So everything was drenched. We got those kids moved to another cottage, and the same thing happened in that cottage again."

Spann said they were able to relocate the kids again.

"Imagine that your life has been filled with people who have hurt you. So the way just your internal systems are jangled from that, you don't feel safe in the world already," said Spann. "And so we bring you into these safe places where we can hopefully wrap people with support, and all of a sudden chaos erupts."

Spann said events like that can trigger them to, yet again, feel unsafe.

However, Spann said once the word was out about the damage, the community came through big time.

"The community has come through for us in powerful ways, and we know that they will stick with us in the days to come because we will need them so," Spann said.

Along with the community, she said the staff have also been heroes.

"They come to work every day to make life better for survivors of abuse, and they are so committed," said Spann. "And even when they're exhausted, they just keep going because the mission counts."

"That's right. It does not stop," said Spann. "If anything, it means that we have to double down and really wrap our arms around the people who need us the most."