A case involving a Caldwell Co. Sheriff Deputy being shot more than a year ago has crumbled and charges against the shooters have been dropped. 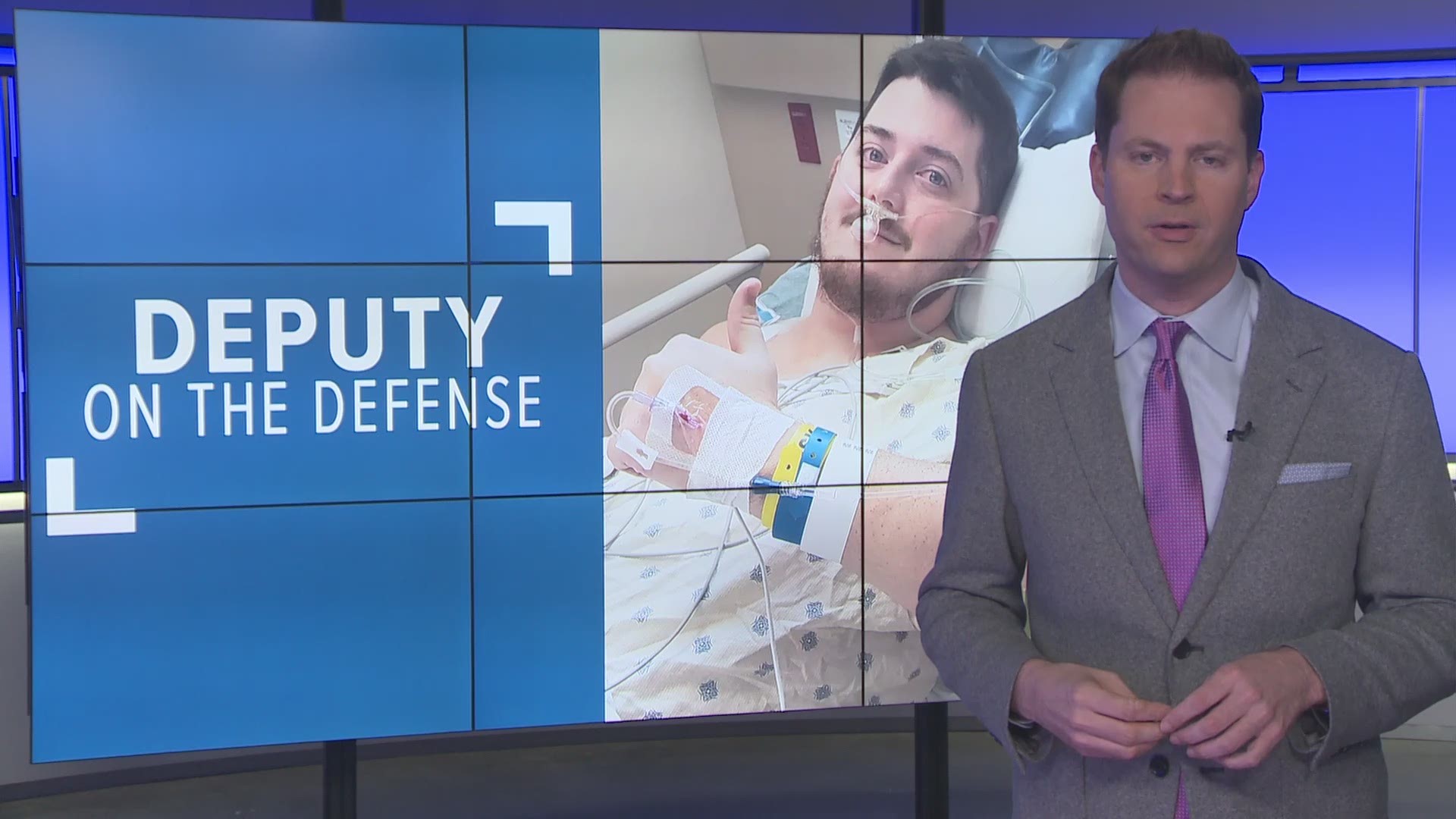 A little more than a year ago, Caldwell County Sheriff’s Deputy Jay Johnson was shot in the line of duty.

The case involving his two shooters has crumbled and the charges against them have been dropped. Johnson, who was shot in the shoulder and wrist, says he feels like he is being cast as a defendant instead of a victim.

The Caldwell County Sheriff's Office said the deputy is on the road to recovery after a major surgery.

“I was expecting to go to trial, basically tell my story there and then see what the jury had to say about this,” Johnson said in a recent interview.

But that’s not what has happened.

The incident started in February 2018 when Johnson was called to investigate a stolen tool chest in a rural part of the county. It was just after midnight, and a neighbor told Johnson he suspected another neighbor, with whom he had been having an ongoing dispute, took the tools.

Johnson went onto the property of Kimberly Moore to investigate. Moore and her boyfriend, Eduardo Padilla, were instead outside – armed – after they told investigators they thought the neighbor might come onto their land.

That’s when they shot Johnson, who returned fire but did not hit Moore or Padilla. Johnson spent about two months in the hospital and is still recovering.

Caldwell County District Attorney Fred Weber said a months-long investigation shows Moore and Padilla did not know that when they opened fire the person they were shooting was a sheriff’s deputy. He said they had the legal right to protect their property from whom they thought was an intruder.

That’s why in March, Weber dropped the charges against Moore and Padilla.

“Had he displayed some common sense about how he dealt with this, I have no doubt this would not have happened,” Weber said.

He said Johnson made a number of missteps.

For instance, he said Johnson never activated his emergency lights to signal that a deputy was in the area. He also went onto Moore’s property, past a gate marked with a “no trespassing” sign, even though there was no emergency.

Johnson said he was trying to handle the situation with the lowest level of law enforcement involvement.

Now, he and officials for the Texas Municipal Police Association said they are angry and disappointed the charges have been dropped against Johnson’s shooters.

"I was just hoping for justice. I work in the justice system, and that is what you expect to happen," Johnson said.